“It's important to have someone to challenge you to be better every day,” says Corina Repesciuc.
By Sergiu Nazaru August 7, 2020
Facebook
Twitter
Linkedin
Email 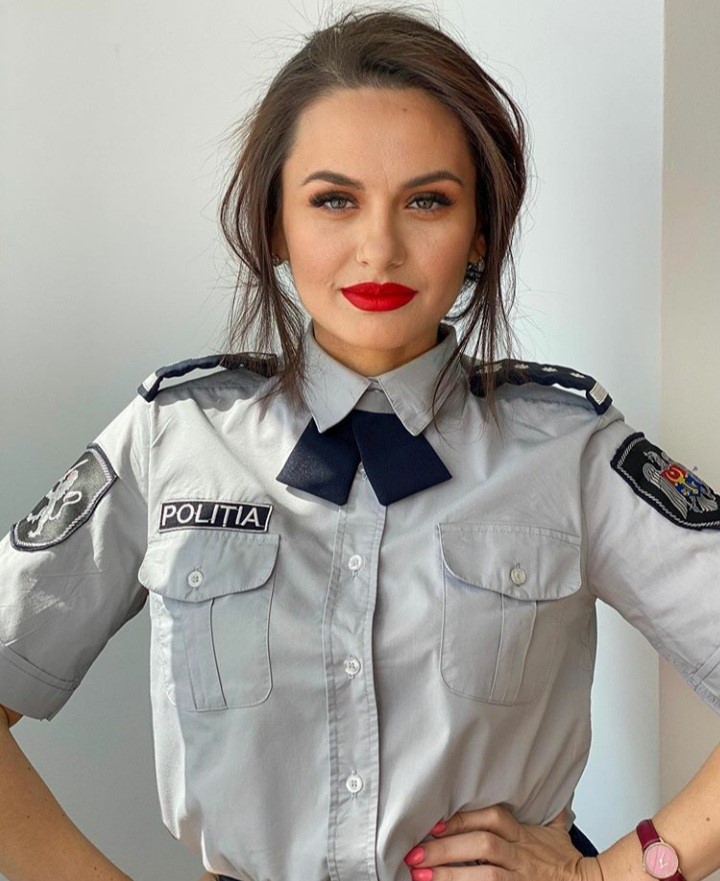 A Moldovan police officer who has lost 140 pounds over the past three years attributes her success to discipline, dedication and diet.

Corina Repesciuc, 27, who lives in Causeni in the district of the same name in southern Moldova, weighed 295 pounds (21.1 stone) n 2014 when she graduated from the police academy.

Repesciuc, who is 5-feet, 8-inches tall, said that while her family appreciated her as a larger woman, being overweight bothered her.

She tried to shed the pounds by taking pills, which she said never worked well.  She realized that she had to commit fully to dropping weight.

“I always had the desire to lose weight because ever since I was 14 years old, I had been putting on weight,” Repesciuc said. “It was partly because of an incorrect diet. I was studying really hard, and also my parents made no attempt to control what I ate.

“It reached a critical point when I gave birth and I weighed 134 kg (295.5 pounds). It was a lot of work looking after my child, and I really found it difficult to do anything and was tired all the time.”

It was then that Repesciuc seriously tried to tackle her weight problem in a proper way, she said. She spoke to doctors, trainers, nutritionists and psychologists. She said she became motivated “because I started to finally see some results for my efforts.”

“My family were the first to stand behind me and support me; they supported me financially and morally and also helped to change my diet, helping to remove the temptations that always meant that I failed in the past,” she said. “But my friends also played an important role. When we would meet up, for example, they would try to encourage me to order something that was as healthy as possible.

“It makes a huge difference when you have someone standing beside you and helping you, and I had a lot of people to motivate and support me.”

Her biggest supports, Repesciuc said, were her husband and her 3-year-old son.

“For them, regardless of my weight, I want to be the best wife and the best mother, and for me the well-being of my family is at the heart of what I do – and the main reason for the big change,” she said. “My child needs a mother that is full of energy and full of life.”

As for working as a police officer, Repesciuc said it had been her dream since childhood. “In 2015, it became my reality.”

“My co-workers tell me I drive them mad by constantly encouraging them also to have a healthy diet,” she said. “But I lead by example, and because of me they started eating more fruits and vegetables as well.”

“The most important thing in the battle with being overweight is discipline! I want to thank everyone who believed in me,” Repesciuc wrote on social media.

Ultimately, she said, “It’s important to have someone to challenge you to be better every day.”

“The current Police Development Strategy for 2016-2020 has a special focus on increasing the number of women in the police force up to 25%, including a 50% increase for women in management positions,” the United Nations reported in August 2019.