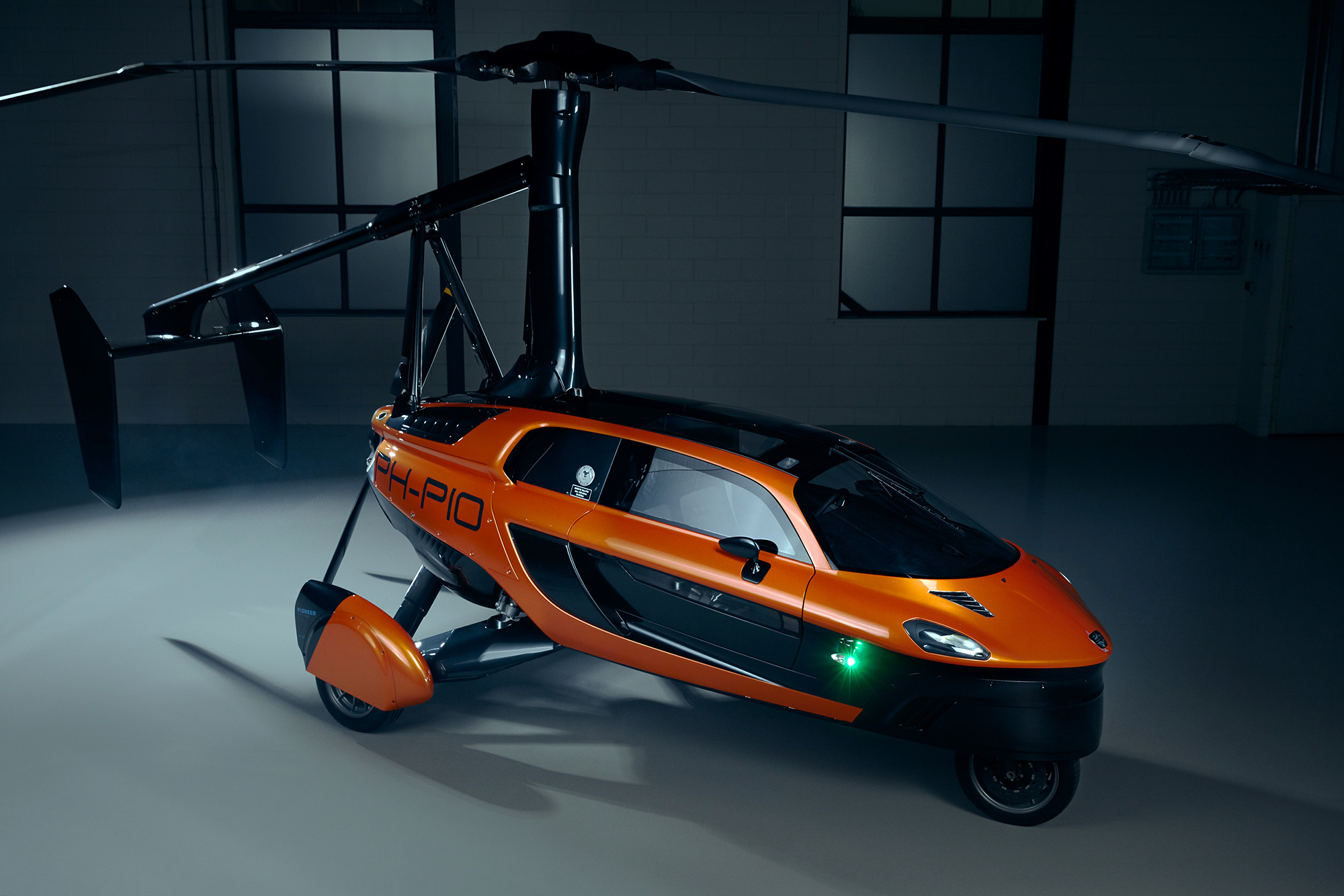 The pioneer edition of the Pal-V. (Pal-V/Newsflash)

A Dutch company’s effort to build what it calls the world’s first commercially marketed production model of a  “flying car” could obtain permission to use it on roads in the Netherlands in August.

The car, named the PAL-V Liberty, is set to receive its final inspection from the Dienst Wegverkeer, the Netherlands Vehicle Authority, also known as RDW.

The car has a foldable rotor on its roof and a hidden propeller at the front of its hood.

The company conceived and developed the vehicle  in the Dutch town of Raamsdonksveer, in the province of North Brabant. It has suffered several delays and setbacks during production.

The license would reportedly first allow the vehicle to be driven anywhere in Europe at first, and they plan to take it worldwide next. To drive the vehicle on the road, one would only need a regular driving license, and to fly it a person needs a gyrocopter license.

The company’s website says it is “the world’s first flying car” which was “inspired by nature, engineered by men and evolved over time, the PAL-V Liberty is a groundbreaking product that inaugurates the age of the flying car.”

“The PAL-V is not the first flying car in the world, but it’s the first commercial flying. That’s what we are saying. It’s the first to be serial-produced and made available to everybody,” Pal-V CEO and co-founder Robert Dingemanse told Zenger News. “it has taken us 11 years to reach this point, but it isn’t actually as long as it sounds. It takes the major aircraft manufacturers 8 to 10 years to have new models developed, tested and certified.

“With that in mind, 11 years isn’t actually much considering that we are a small company that has developed a completely new product from nothing and set-up a professional certified aviation organization.”

A simulation video shows the car’s rotors and propellers being used to fly and a clip shows the car on a test drive, with a different model shown in the air. The vehicles are said to have a range of 745 miles on the road with a top speed of 112 mph, and a range of 220 to 310 miles in the sky.

The idea of having flying cars has existed for 100 years, but PAL-V is getting in on what could be a transportation revolution. Other companies including the Slovak company AeroMobil; American company Terrafugia; and the Japanese company Sky Drive also hope to make the flying car a reality.

“In terms of design, our main challenge has been that for aviation you need to go big. You need big rotors or wings to be safe and create range,” Dingemanse said. “You need to be big in the air, but compact on the road. That has been difficult. That’s also where we stand out from the competition. With our foldable rotor system, we have found a better and safer solution to that challenge than our competitors. Our car is just [13 feet] long, whereas the main competition’s is [20 feet] long.”

Dingemanse notes that his company’s vehicle is safer than the competition due to the fact it uses unpowered rotors that prevent it from stalling mid-flight in contrast with the competition that uses wing surfaces.

“With two engines and a rotor that is acting more or less like a parachute it is a very safe and easy to fly aircraft,” he said.

The company announced in 2018 that the first flying cars would be delivered in 2019 but this has now been delayed until 2021.

PAL-V plans to manufacture the vehicle in Gujarat, India. It aims to export PAL-V from India to the U.S., the Netherlands, the U.K. and other locations by 2021. The first flying cars could be delivered to the U.S. by 2023.

The 140 shareholders of PAL-V are believed to have invested around $69.7 million.

More than 100 cars already have been sold, including 40 to people in the Netherlands. The cars are already reportedly on the production lines.

Locals in the Netherlands’ North Brabant region could see the car in the air in April 2021.

The vehicle was painted orange because it is made in the Netherlands and also because orange “is a very nice color” that was available in two editions.

There is the limited-edition Pal-V Liberty Pioneer Edition that costs $580,000, and the Pal-V Liberty Sport edition which costs $347,810.

“The way we work is that people can reserve their PAL-V directly from us. Directly on our website. In addition, we have salespeople in different markets that you can talk to get further information and have details explained,” Dingamense. “We have sales managers in Europe and Asia and Canada and North America, so we already have people on the ground in New Hampshire.“

“We already have a quite large number of reservations, also in the US. We don’t reveal the precise total number, but I can say that we have 40 reservations in the small country Holland alone.”

People still cannot simply take off when stuck in a traffic jam.

They will still need to travel to an airfield or a private airstrip at least 820 feet long to get airborne.