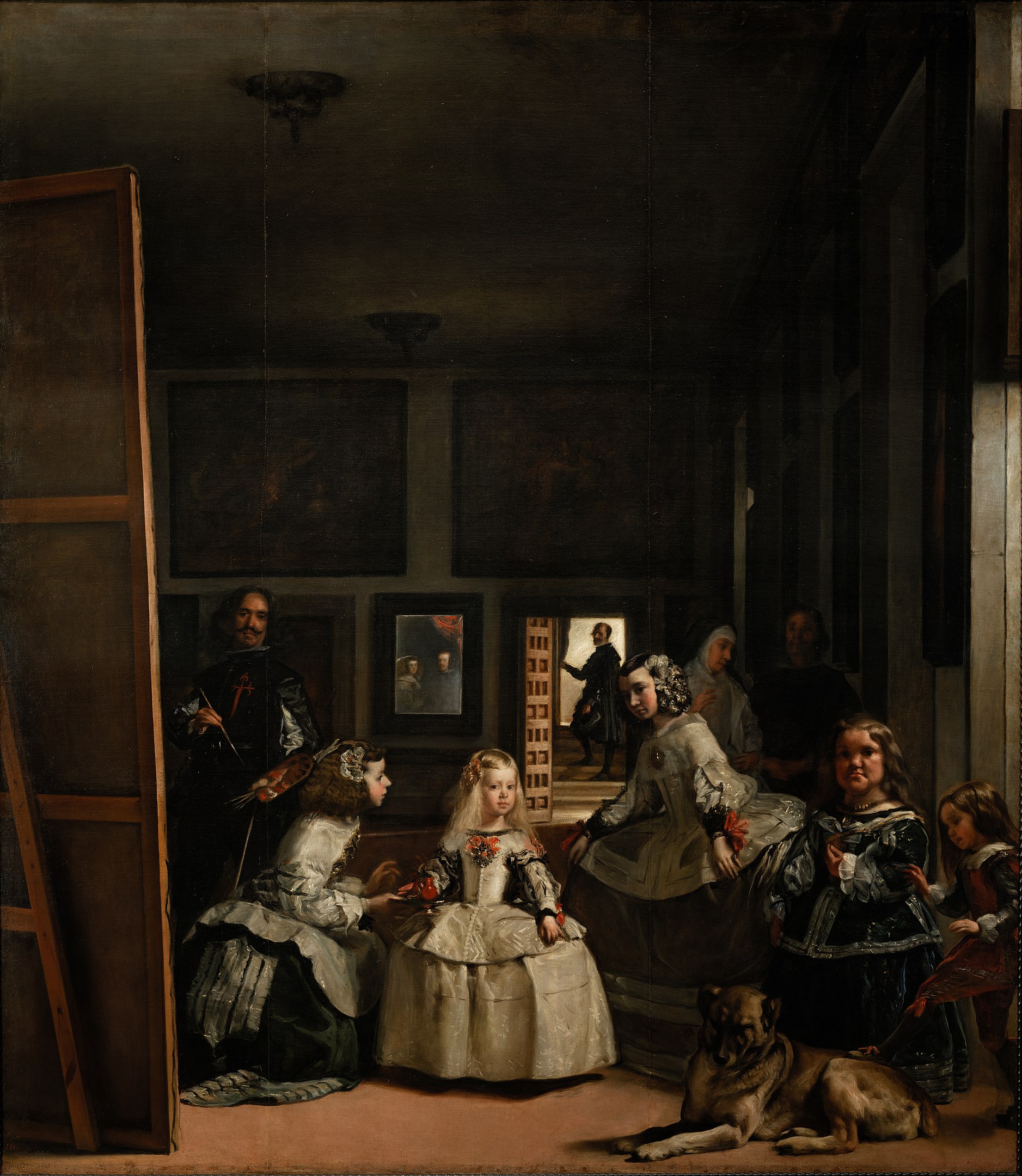 A small painting hidden away in England for more than a century that was thought to be a copy of Spanish artist Diego Velazquez’s “Las Meninas” masterpiece was not only painted by him but also used a pictographic negative to help create one of the most influential portraits in the history of art.

The original painting, which was created in 1695 and is hanging in the Prado Museum in Madrid, shows members of the then-Spanish Court with the Infanta Margaret Theresa at its center.

But the work’s complexities have made it one of the most widely discussed paintings in the history of art, and now a Spanish historian has published research claiming to conclusively show that it was created using the smaller image now on display at the Kingston Lacy House in Dorset, U.K.

Catalan professor Miguel Usandizaga a researcher at Spain’s the Valles School of Architecture and the Polytechnic University of Catalonia, said that far from being a copy, the English version of the work is proof that the painter relied on what was then state-of-the-art technology to create “Las Meninas.” The painting lay in virtual obscurity for 150 years before it was identified in 2013 by art historian Matias Diaz Padron as a first draft or sketch of “Las Meninas” by Velazquez that the artist later reproduced on a larger scale.

At the time, Padron was quoted after a 20-year study as saying that “the quality of the painting in the version in Kingston Lacy is so high that it can only be from Velazquez. There is also such clarity in the brush strokes that it could not have been by a lesser painter.”

He was supported by the Spanish Royal Academy of Fine Arts, although the Prado Museum at the time insisted that the painting in the U.K. that was bought by art collector William Banks in 1812 was simply a copy that had been painted by Velazquez’s son-in-law and pupil Juan Bautista Martínez del Mazo. However, new research takes the ancient mystery a step further by claiming that the U.K. painting is not only a work of art by the master himself, but also offers clues as to how he used technology to help create the work, whose use of mirrors and angles has had art critics arguing for generations as to its meaning.

Usandizaga said he concluded that it would have been impossible to produce such a perfect image without using a primitive photographic technique known as a camera obscura, or pinhole camera. Such devices project a bright image on one side of a small hole onto the other side, which needs to be darker in order to be clearly seen.

In the book “Secret Knowledge” on the grand masters of European painting, author and artist David Hockney claimed Vermeer, Caravaggio, Rembrandt and Van Eyck freely used optical instruments to put an image on paper reflected by a mirror or lens. But Velazquez was not believed to have been using the technique.

Usandizaga said after analyzing the original painting in the Prado Museum in Madrid, Spain, and the copy in Dorset, “The one in England was made first, but only for space and perspective, and it did not include the figures.”

He said that Velazquez designed and painted that space and the perspective of the small painting by positioning the canvas inside the box of the camera obscura before he started painting the original one. “The space and the perspective of that painting were designed in a camera obscura before the original painting that is in Spain,” he said. “Then, he used the first sketch to project the image onto a larger canvas where he would paint his now-famous work.”

Finally, when the artist finished the original masterpiece in 1656, he asked Martínez del Mazo to finish the first sketch, and he later added the characters. It means that the painting in Dorset was made before the masterpiece and the characters were included after Velazquez finished “Las Meninas.”  “This means that the painting in Dorset was done by both: Velazquez and Marinez del Mazo. That is why its price was never so high, nor so low,” Usandizaga said.

But he argued it is inconceivable that anything else had happened. “The camera obscura serves to build perspective and create space with great geometric coherence.”

In order to bolster his theory, Usandizaga used a computer to recreate the paintings electronically and then superimposed and compared the two photographic reproductions of the canvas. “When comparing our copies of the two versions of the painting, we found the perspectives and straight lines that define the general features of the painting’s space were, except for the difference in size, practically identical.”

Usandizaga said that the position in which each frame matched the other was impossible to achieve with the naked eye and could only be achieved using a camera obscura.

He added: “Instead of destroying proof of his perhaps effective if not necessarily noble practice, Velazquez seems to have wanted to squeeze some more use out of it. I think he thought no one would ever work out the significance of the tiny copy, and so he commissioned his son-in-law to copy the figures from the large painting to the small one.”

Despite all his efforts, the professor concedes not all agree with his conclusions. “My discovery has irritated a lot of critics and experts who believe that Velazquez, being a genius, did not need any technical help.”