A helicopter was sent to airlift a hiker who died from a fall.
By Ana Lacasa August 6, 2020
Facebook
Twitter
Linkedin
Email 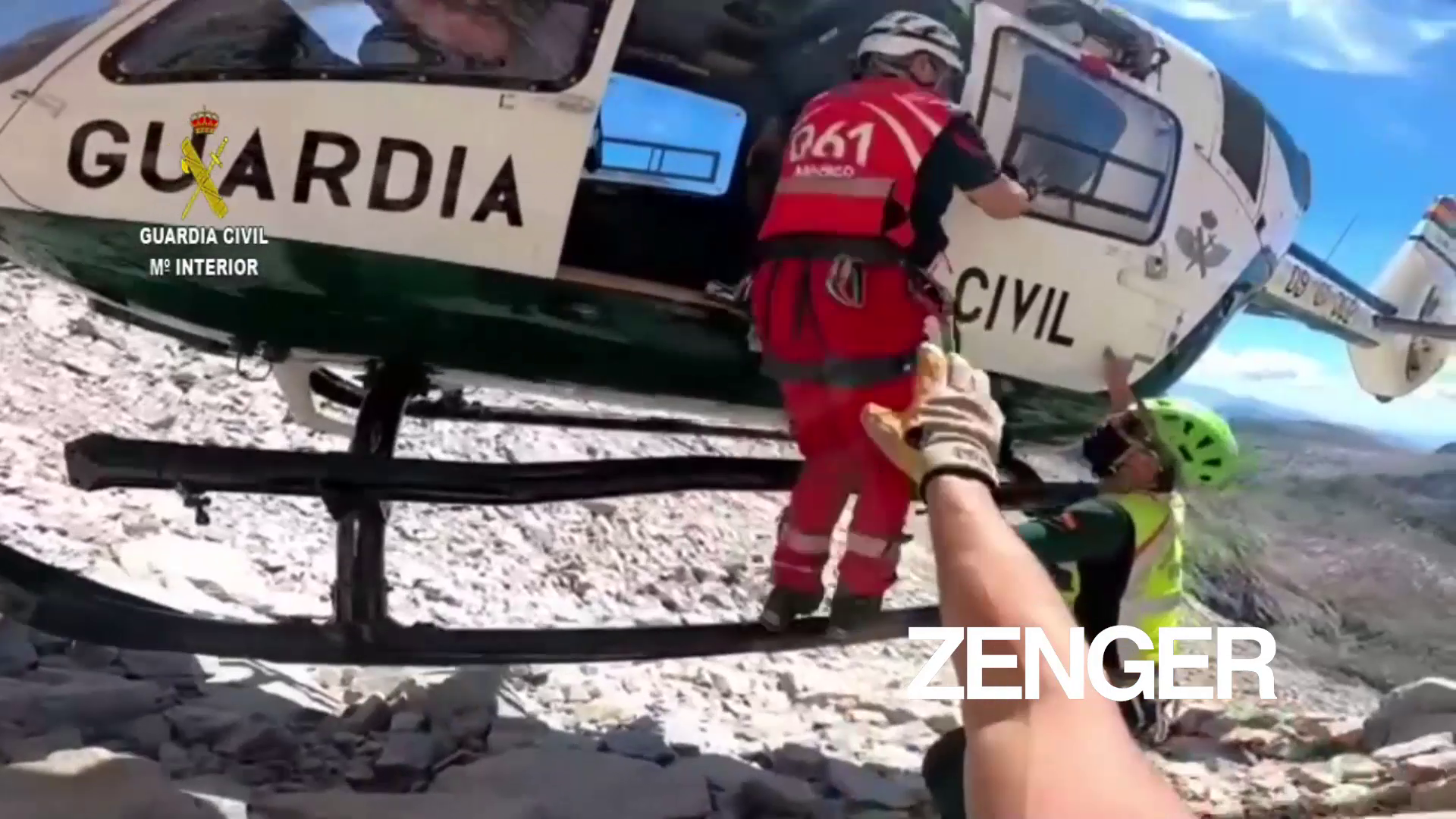 A rescue mission in northern Spain’s Pyrenees mountains nearly turned more tragic when the rotor blades of a helicopter dispatched to airlift a hiker who died after falling got dangerously close to massive boulders on the side of a mountain.

But the blades didn’t hit the rocks, and the helicopter crew was able to evacuate the 43-year-old woman—who had fallen about 230 feet from a cliff—from the scene.

The accident took place on Sunday in the area known as Cresta de Llosas, a mountain with several peaks that are just under 10,000 feet high. In a press statement, the Spanish Civil Guard reported that the emergency services of Aragon were called by a man accompanying the victim, informing them that she had fallen. The woman’s companion, 45, was in shock after the incident, but was uninjured.

The names of both those involved in the fall were not immediately available.

A video of the incident shows members of the guard’s Mountain Rescue and Intervention Group went to the scene of the accident with the helicopter support. When they arrived, they found the immobile victim and helped get her bundled body into the chopper. The body was taken to a hospital in Huesca, where it was slated to undergo an autopsy to confirm the cause of death.

Overall, it was a busy weekend for the guard, which said it carried out another 12 mountain rescues in different parts of the province during that time—but no others involved a death.

«Previous Post
Seeking to get on TV, suicidal suitor causes fatal auto crash»Next Post
A real monster under the bed, in eastern China