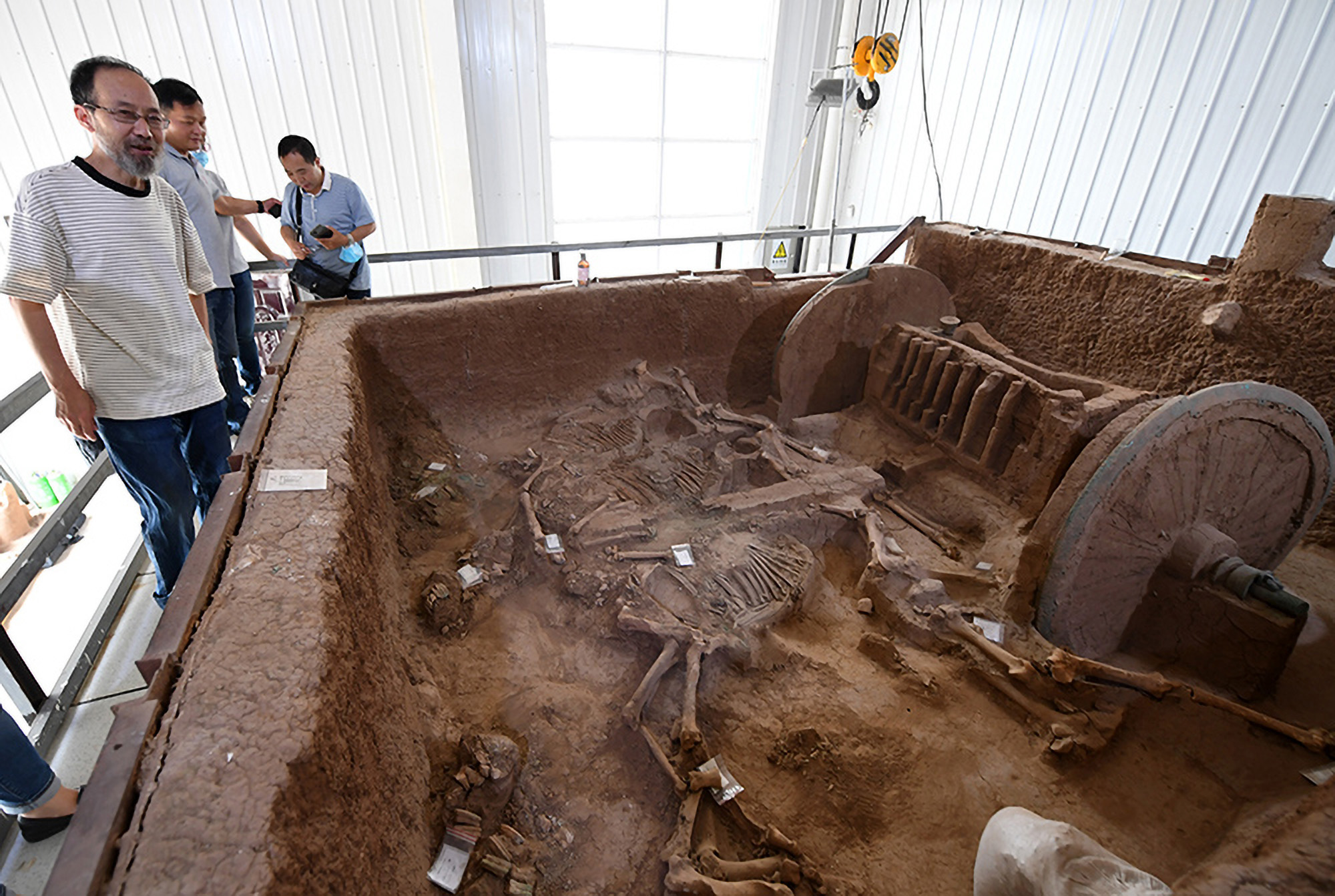 The partial renovation of a bronze chariot likely used by royalty in China three millennia ago has been unveiled to the public.

News of the three-year restoration was announced by the Shaanxi Provincial Institute of Archaeology in the central Chinese city of  Xi’an, which said that the ancient chariot was from the Western Zhou Dynasty (1046-771 BC).

The chariot was first unearthed in 2014 at the Zhouyuan site in Shaanxi province after being buried seemingly together with the four horses that would have pulled it. Based on the remnants, scientist say the chariot would have been 10.2 feet (3.13 metres) long, 8.8 feet (2.7 meters) wide, and 4.9 feet (1.5 meters) high.  Also using the remnants, scientists created renderings of what the chariot would probably have looked like in its heyday.

The weight of the earth that had accumulated over the centuries on top of the ancient vehicle had crushed it into thousands of pieces, necessitating the restoration. The fragments included 400 bronze fittings, many of which are inlaid with turquoise, while the outer edges of the wheels were also made of bronze.

Scientists say civil war and other turmoil dominated the area during the time the chariot was in use. But, because the restored vehicle showed few signs of wear-and-tear, scientists say it was likely a ceremonial chariot, rather than a fighting one. In addition, they say it was probably owned by a king, who had the chariot and horses buried with him when he died. The skeletal remains of the horses were at the front of the chariot remains.

Institute spokesperson Wang Zhankui said the restoration of the chariot “has provided invaluable research on some of the customs and the hierarchy of the late Western Zhou Dynasty.” The find’s original site is believed to have been the home of Duke Danfu, an early Zhou clan leader.

«Previous Post
A real monster under the bed, in eastern China»Next Post
Dutch company claims its ‘flying car’ will be the 1st to hit the road