In anti-establishment fervor in both parties, longtime incumbents go down in primaries

In a shock to Democrats, a Congressional Black Caucus founder was defeated by a Black Lives Matter activist. 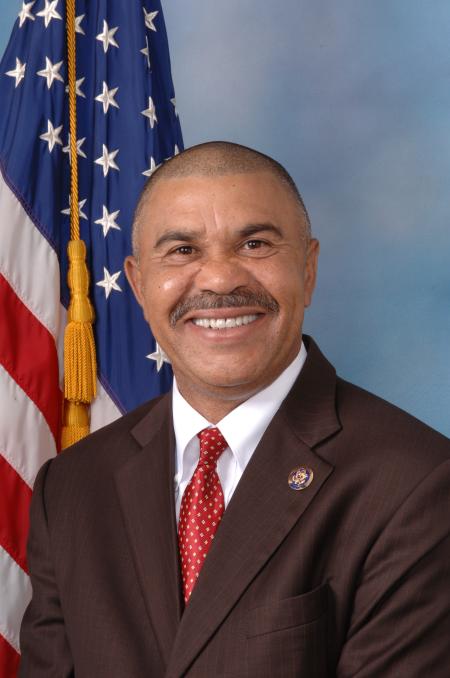 Clay is one of seven House incumbents who have lost their primaries in the 2020 cycle: four Republicans and three Democrats. It’s the most House incumbent losses since 2012, when 13 lost in primaries. Excluding the 2012 election, the number of incumbent primary losses has ranged from 1 to 8 from 1994 to 2018, according to data compiled by the University of Virginia.

I come from a strong military family. I know the cost of war! Our reps must ensure military action is taken only if necessary. Dems who allow Trump to recklessly gamble w/ security, our troops’ lives, & the fate of innocent civilians abroad—should not be Democrats at all. #Repost @jrynedanielson ・・・ Democratic Congressional candidate Cori Bush speaks at an anti-war protest outside U.S. Rep. Lacy Clay’s St. Louis office Saturday, Jan. 4, 2020. Bush, who is challenging Clay for Missouri’s 1st Congressional District, criticized her opponent’s vote for President Trump’s $738 billion military budget last year. Part of that budget paid for an airstrike that killed a top Iranian general on Friday, escalating a conflict with that country that was already spiraling out of control. #brandnewcongress #nowarwithiran

The Missouri Democrat’s primary defeat is a huge win for the left and overturns a Democratic dynasty in the state’s 1st Congressional District. Members of the Clay family have held the seat since 1969. Clay was elected in 2000, replacing his father, former Rep. Bill Clay, who co-founded the Congressional Black Caucus.

“They sort of come out of the civil rights era. They were reflective of the civil rights movement constituency,” said John Mark Hansen, a professor in political science at the University of Chicago. “That’s a long time ago, now. There’s new leadership that’s coming to the fore, just within the African American community. Black Lives Matter, it’s a completely different generation, it’s a completely different approach, I think, than what we were seeing with the traditional civil rights constituency.

“A good way to look at it is, it’s something of a generational shift, a passing of the torch so to speak,” Hansen said.

The Congressional Black Caucus did not respond to a request for comment.

Bush, a Black Lives Matter activist who led protests in Ferguson, tried to unseat Clay in 2018 but had a boost this year from the national protests over racial inequality. She also had the backing of groups like Justice Democrats, which recruited New York Rep. Alexandria Ocasio-Cortez to run in 2018. In that race, Ocasio-Cortez ousted Rep. Joe Crowley, who was seen as a potential successor to Nancy Pelosi as Democratic leader of the House.

Both Bush and Ocasio-Cortez were featured in the 2019 Netflix documentary “Knock Down the House,” which followed four female Democrats running against longtime incumbents, though Ocasio-Cortez was the only newcomer to win. Ocasio-Cortez campaigned for Bush two years ago, but did not endorse her this cycle.

Republican Rep. Steve Watkins of Kansas was also ousted Tuesday after he was charged with voting illegally in a 2019 election. Watkins, who has denied any wrongdoing, tried to paint himself as an outsider running against an establishment figure, state Treasurer Jake LaTurner.

Among the other Republican incumbents who failed to win primaries are Rep. Scott Tipton of Colorado, who lost to Lauren Boebert, a conservative restaurant owner who has been associated with a far-right conspiracy theory QAnon, and Rep. Denver Riggleman of Virginia, who was defeated by Bob Good, a self-described “biblical conservative,” after party activists expressed outrage over him officiating a same-sex wedding.

Of the three House Democrats who have lost their primaries in the 2020 cycle, all have been defeated by progressive candidates.

“That’s well within the normal range,” Larry Sabato, a political analyst at the University of Virginia, said of the seven losses. “In fact, I would even call it a bit low considering what’s going on. The world is turned upside down between the pandemic and the economy, racial unrest, whether the schools should reopen or not.”

The numbers of incumbents who fail to win primaries tend to increase after redistricting years, he said. States are expected to redistrict following the 2020 Census.

Sabato doesn’t see major differences between the losses of Democratic and Republican incumbents.

“Look at the past decade, starting in 2010 to the present. You look at the incumbents who lost on the Republican side, they tend to have been establishment Republicans. On the Democratic side, you look at the incumbents who have lost and generally it’s more establishment Democrats. There actually is a similarity between the two parties,” he said. “People are suspicious of entrenched power — and I think that’s true on both sides.”

There are also instances of establishment Democrats, some of whom are not currently serving in Congress, fending off progressive opponents this year. In Kentucky, Amy McGrath beat Charles Booker. John Hickenlooper easily defeated Andrew Romanoff in Colorado. Reps. Joyce Beatty of Ohio and Yvette Clarke of New York also pushed back progressive challengers.

Rep. Roger Marshall, a more mainstream Republican, beat Trump ally and former Kansas Secretary of State Kris Kobach in the state’s Republican primary Tuesday for a Senate seat. Marshall’s win gives Republicans more confidence they can hang on to the seat and their Senate majority in November. President Trump did not endorse a candidate in the race.

At least one progressive incumbent has notched a win this cycle. In Michigan, Rep. Rashida Tlaib held onto her seat in a rematch against Detroit City Council member Brenda Jones.

There are a a couple big races still to watch. Rep. Ilhan Omar is facing a tough challenge in Minnesota’s Aug. 11 primary and Holyoke Mayor Alex Morse is taking on Rep. Richard Neal in Massachusetts on Sept. 1.