A real monster under the bed, in eastern China

Discovered with tape around its mouth, the member of an endangered species didn't come in on its own.
By John Feng August 6, 2020
Facebook
Twitter
Linkedin
Email 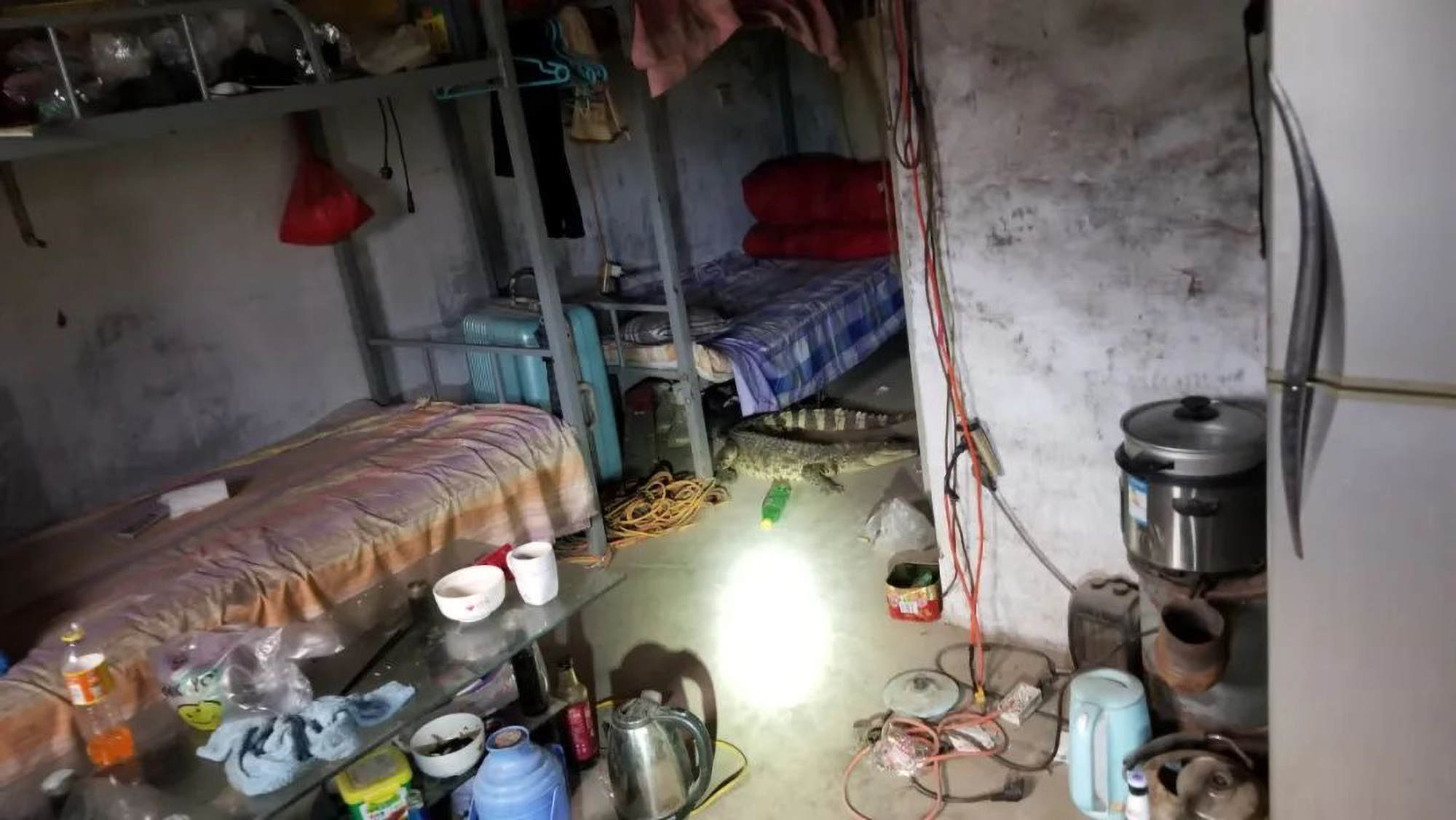 Firefighters help catch a 3-foot crocodile underneath a man’s bed after he woke to find the reptile in his dormitory. (Asiawire)

A man in eastern China woke to find a 3-foot crocodile under his bed in his dormitory room. Members of the fire service in Jinan, the capital of Shandong Province, say they don’t know where the crocodile came from, but noted that it was not wild, as it had tape around its mouth.

The unexpected guest appeared to be a Siamese crocodile, a critically endangered species native to Indonesia, Brunei, East Malaysia, Laos, Cambodia, Myanmar, Thailand and Vietnam. The International Union for Conservation of Nature places it on its Red List and notes there are only between 500 and 1,000 adults of the species left. It can grow up to 10 feet in length.

The fire service suspects the crocodile may have fallen off or been thrown from a passing truck. Footage of the unusual removal operation last Wednesday shows a Jinan Zoo employee entering the man’s room and placing a net over the crocodile. The animal was then placed in a cage and taken to the zoo, where it will reside, at least temporarily.