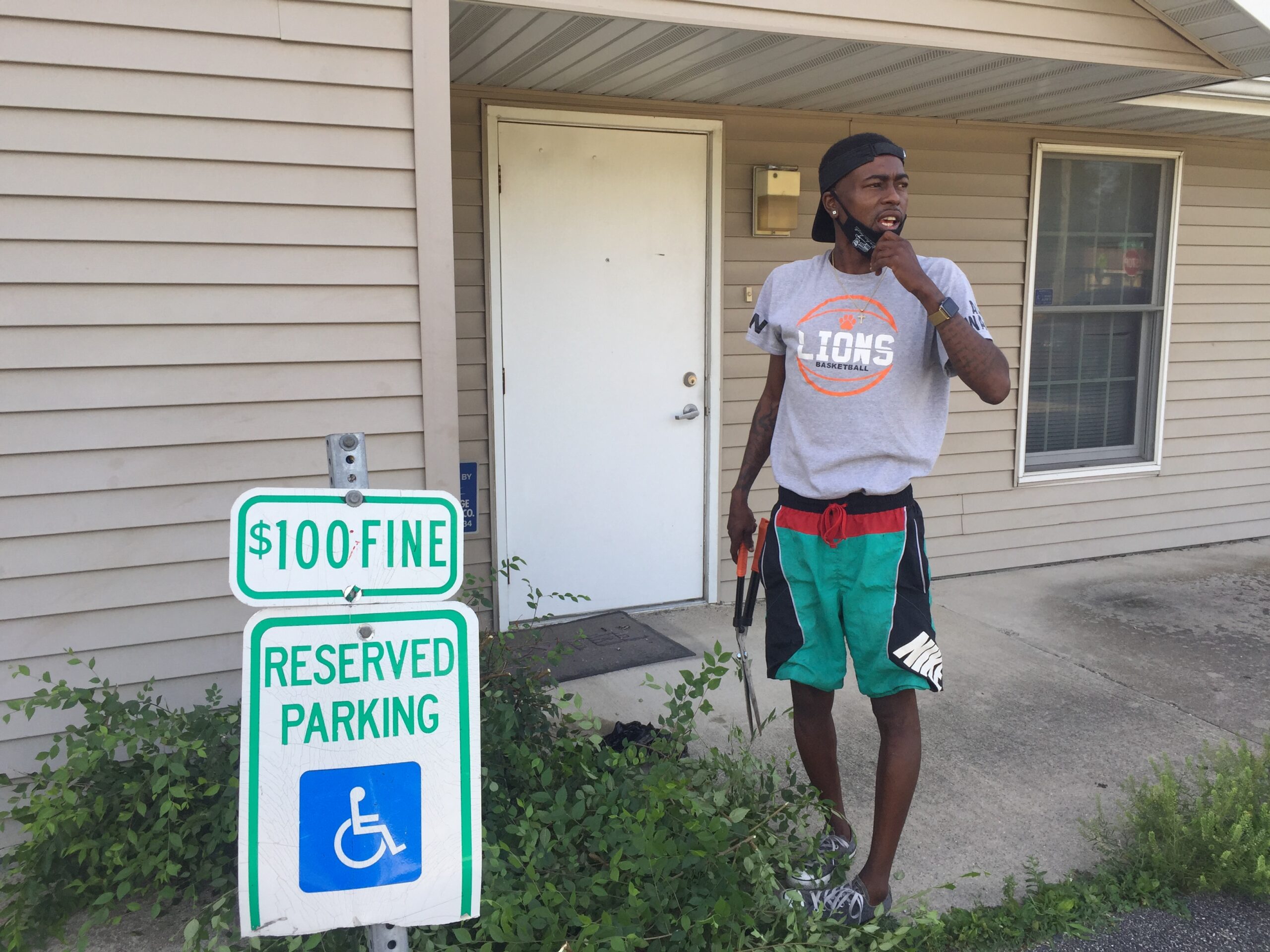 One ping-pong ball decided the contest that made Willie “Shawn” Gregory alderman of Ward 2 in Springfield, Illinois.  But it wasn’t the first time fortune smiled upon him.

Beginning his second year of service, during a demanding “Black Lives Matter” environment, Gregory hopes those blessings extend to his low-income community of approximately 8,000 on Springfield’s east side.

Sporting tattoos and earrings, Gregory, 36, describes himself to Zenger News as “a different alderman.” Known for his bluntness in representing his constituents, Gregory spearheads cleanups in order to attract businesses to the community. Gregory’s candor manifested itself during the tumult after the April 2, 2019, election that initially declared him victor by one vote over Gail Simpson, who represented Ward 2 from 2007 to 2015.

A monthslong recount battle ended with a 464-464 tie decided by a random drawing using two ping-pong balls. In a July 18, 2019, special meeting of the Springfield City Council, Gregory’s No. 1 ball was drawn from the bag as the winner. Simpson declined to comment on the outcome.

In the year since Gregory was sworn in, he’s learned that being an alderman is “a lot rougher” than he expected because of the difficulty getting things done due to trying to secure resources and grants.

Then again, Illinois’ capital, Springfield is known as Abraham Lincoln’s hometown—but also site of a deadly 1908 race riot that helped give birth to the NAACP. Gregory embraces that duality.

“I always say, ‘To know me is to know Black America.’ I can give you a great picture of what we go through every day and also trying to encourage our young people and create the picture of how they can overcome through many of my life experiences.”

Gregory has had to engage police from both sides. At age 8, he called the police after his mother left for an extended time, leading to he and his siblings spending time in foster care.

Ten years later, on the other side, police showed up to accuse him of brandishing a weapon during a parking lot encounter two months before.

Gregory, however, recognizes his fortunate circumstances as opposed to other young black men in similar circumstances.

A few years earlier, he had been adopted by the Rev. Ernest McNeil and his wife. McNeil’s brother Frank was the first black alderman of Ward 2 from December 1987 until May 2007.

That adoption benefited him greatly in his encounter with the law.

“If I had not been blessed to be adopted later on in my life by people with some money to pay $10,000 for a lawyer, $5,000 to get me out, or whatever it was, I was toast. I was going to jail for 5–10 years for sure for nothing,” Gregory said.  “We got a good lawyer, and we fought it. Took it to trial. They tried to make me a deal before the trial came to go to a bench trial, and I took that because I felt like it was easier to convince one guy in this county (Sangamon) of these facts that this guy didn’t know what he was talking about, trying to say I had a gun. I didn’t. I was on my way to work at Hardee’s.” He was found not guilty in a bench trial.

Gregory reflects on that moment. “This is what brothers go through out on the street, so I’m trying to help… use some of my life experiences to really shine a light on injustice because they are there…”

Ward 2’s need for an “injection of youth,” was the main reason Frank McNeil supported Gregory’s candidacy for alderman. Many of the ward’s young people now believe that voting is “not all for naught,” McNeil said. “Young people now have a voice. They see Shawn as their voice,” McNeil said.

Several youth were among the more than 100 people who helped with the “Ward 2 Clean Up Day” Gregory hosted July 11.

“Our community’s appearance (is) just like if you dress up in the morning—dress up, you feel good,” Readus told Zenger. “It would be uplifting to clean (our community) up and just give us that feel of importance.”

Gregory offered a black woman and a black man $5 to help clean up around the boarded-up house near where they were sitting on crates. A white man bicycling by asked Gregory when the nearby liquor store opened. “I think like 10 o’clock, bro,” Gregory said.

The myth is that Ward 2 is “all black folks,” Gregory said. “We have black folks and white folks because that’s how our world is going. Like it’s about rich and poor almost.”

Springfield’s special history puts it in the unique position to be a leader in the U.S. in “putting a dent in inequality and injustice,” said Gregory, the father of four children, ages teen to toddler.

“Our kids are going to have to tackle this thing and take the step forward. This generation is primed to do their job, and I just ask everybody to stay tuned because we’re pushing.”