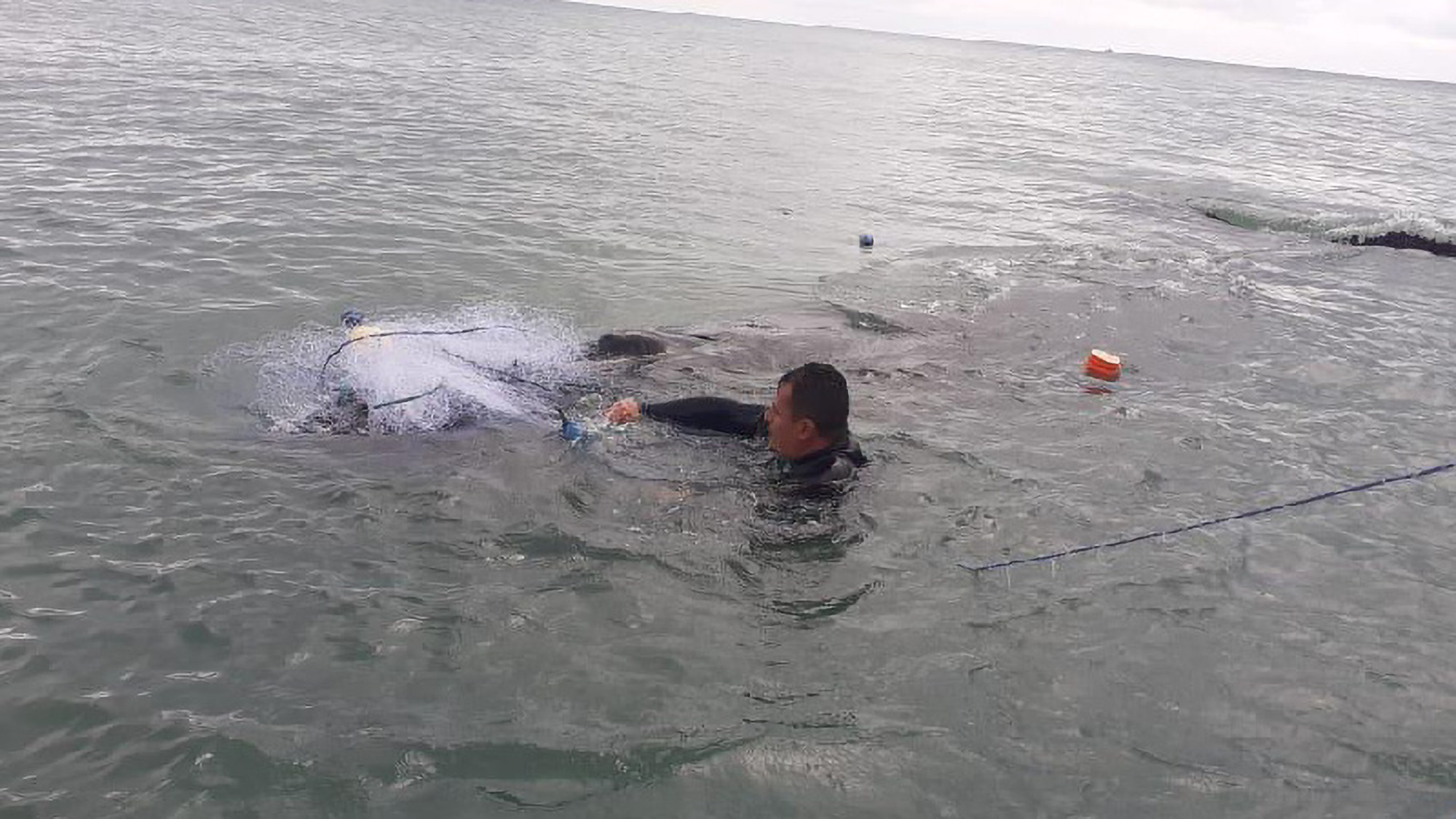 Aranger rescues a humpback whale that is trapped in fishing nets close to the shore. (CEN/Ambiente Ecuador)

A humpback whale trapped in abandoned fishing nets off the shore of northwest Ecuador has been rescued. The operation, at Camarones Beach near the port city of Esmeraldes, began unfolding on Wednesday when a 26-foot-long whale got  its pectoral flipper and tail entangled in some abandoned fishing nets.

Efforts to free the whale involved the Ecuadoran Navy, forest rangers from the Galera San Francisco Marine Reserve and local fishermen. “To remove the nets, we needed to dive alongside the whale, which poses some risks, but was successful in this case,” forest rangers Daniel Vera and Geovanny Gallegos, who participated in the four-hour rescue operation, told Zenger News.

In its press statement, Ecuador’s Environment Ministry noted that the whale was successfully returned to its natural habitat. The ministry said that hundreds of humpback whales traverse the region between June and September during their migration from Antarctica. They often travel nearly 5,000 miles in search of warmer climes to breed.

Esmeraldas environment official Marcela Ceballos said that the whale was trapped in an abandoned fishing net and called on local companies to not leave such equipment in the sea. Incidents like this are all too common worldwide. A report published last year in the journal “Science,” for example, noted that fishing nets and other modern fishing methods are driving some dolphin and porpoise species to the brink of extinction.