In the hot seat, Fauci gets a free pass on mask use

Though Fauci slips off mask and fails to social-distance at Nationals Park, he still wants you to do what he says. 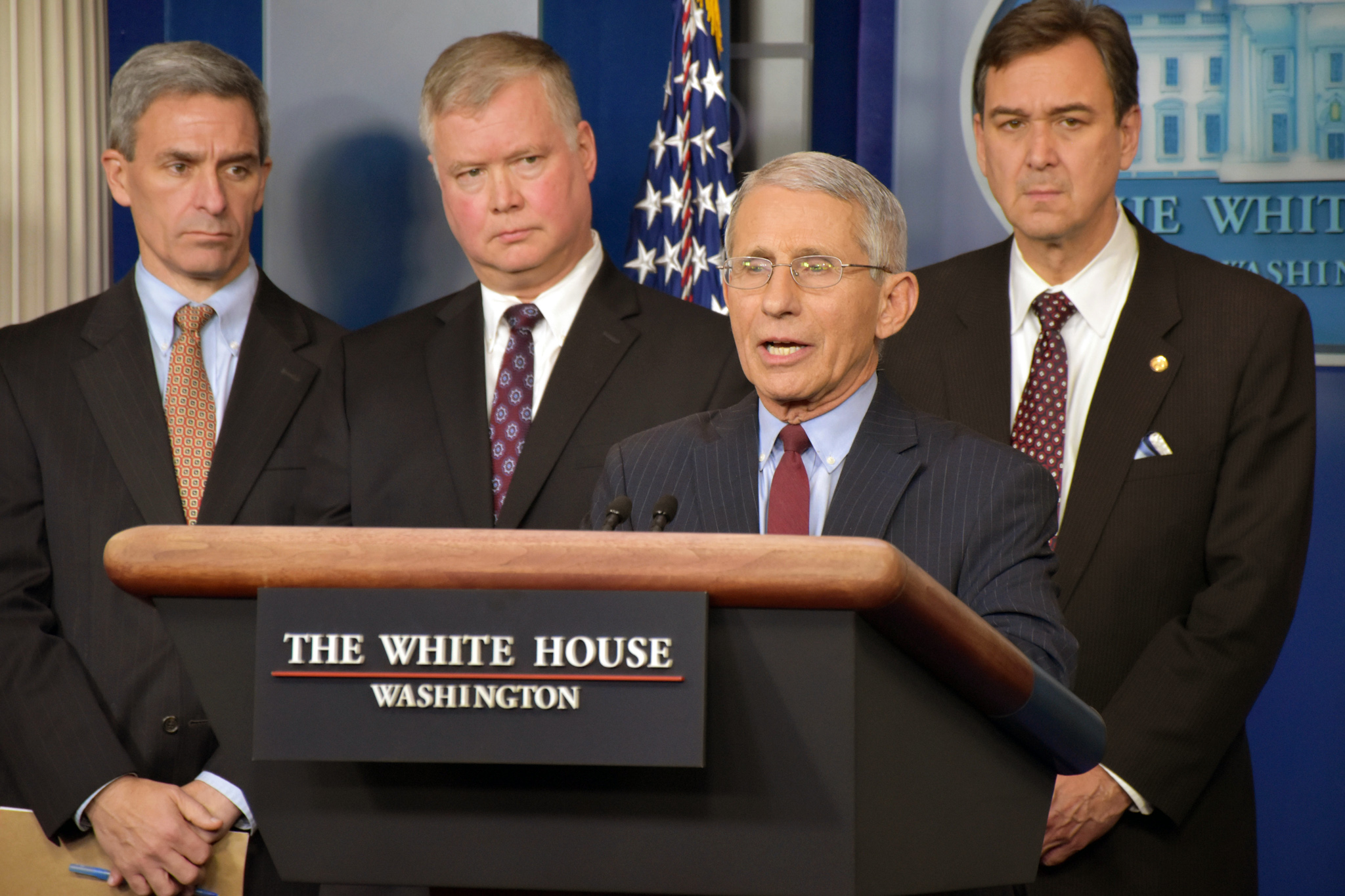 Dr. Anthony Fauci, the director of the National Institute of Allergy and Infectious Disease, briefs the White House press corps in the James S. Brady Press Briefing Room about the outbreak of novel coronavirus on January 31, 2020 (David Martosko/Zenger)

WASHINGTON—Lawmakers did not address one topic of popular debate while questioning Anthony Fauci on Friday: Why did you take your mask off?

Fauci, the federal government’s top infectious disease expert, was photographed July 23 sitting in the empty stands at Nationals Park in Washington, D.C., with his mask below his chin. Fauci had thrown out the opening pitch at the game between the Washington Nationals and the New York Yankees, then took a seat alongside his wife and a friend.

Lawmakers on the House Select Subcommittee on the Coronavirus Crisis never asked Fauci why he photographed talking with his friend while not covering his mouth and nose.

The National Institutes of Health did not respond to a request for comment, though Fauci has previously said he lowered his mask to drink water while seated outdoors at the ballpark.

Fauci, who advised Americans early on in the pandemic that there didn’t need to be widespread mask use, has since shifted his guidance, urging everyone to wear them when around others outside their homes. Fauci has also encouraged the use of goggles or eye shields to prevent the spread of the virus.

Republican Rep. Jim Jordan of Ohio got into a contentious exchange with Fauci at Friday’s hearing.

“Mr. Fauci, do protests increase the spread of the virus?” Jordan asked.

“Crowding together, particularly when you’re not wearing a mask, contributes to the spread of the virus,” Fauci said.

Jordan repeatedly asked Fauci whether the government should limit the nationwide protests, which have been ongoing since the death of George Floyd, an unarmed black man who died after a police officer knelt on his neck for nearly nine minutes in May.

Fauci declined to directly say that protests should be limited.

“Avoid crowds of any type, no matter where you are, because that leads to the acquisition and transmission. I don’t judge one crowd versus another crowd. When you’re in a crowd, particularly if you’re not wearing a mask, that induces the spread,” he said.

Mask-wearing has become a partisan issue in the U.S., with some Americans protesting state and local leaders requiring the public to wear facial coverings when they leave their homes and are unable to social distance.

President Trump has been reluctant to wear a mask in public until recently. Trump wore a mask in public for the first time during his July 11 visit to Walter Reed National  Military Medical Center in Maryland. Since then, he has promoted mask-wearing as “patriotic.”