The CEOs of four major companies faced questions about how they dealt with competitors. 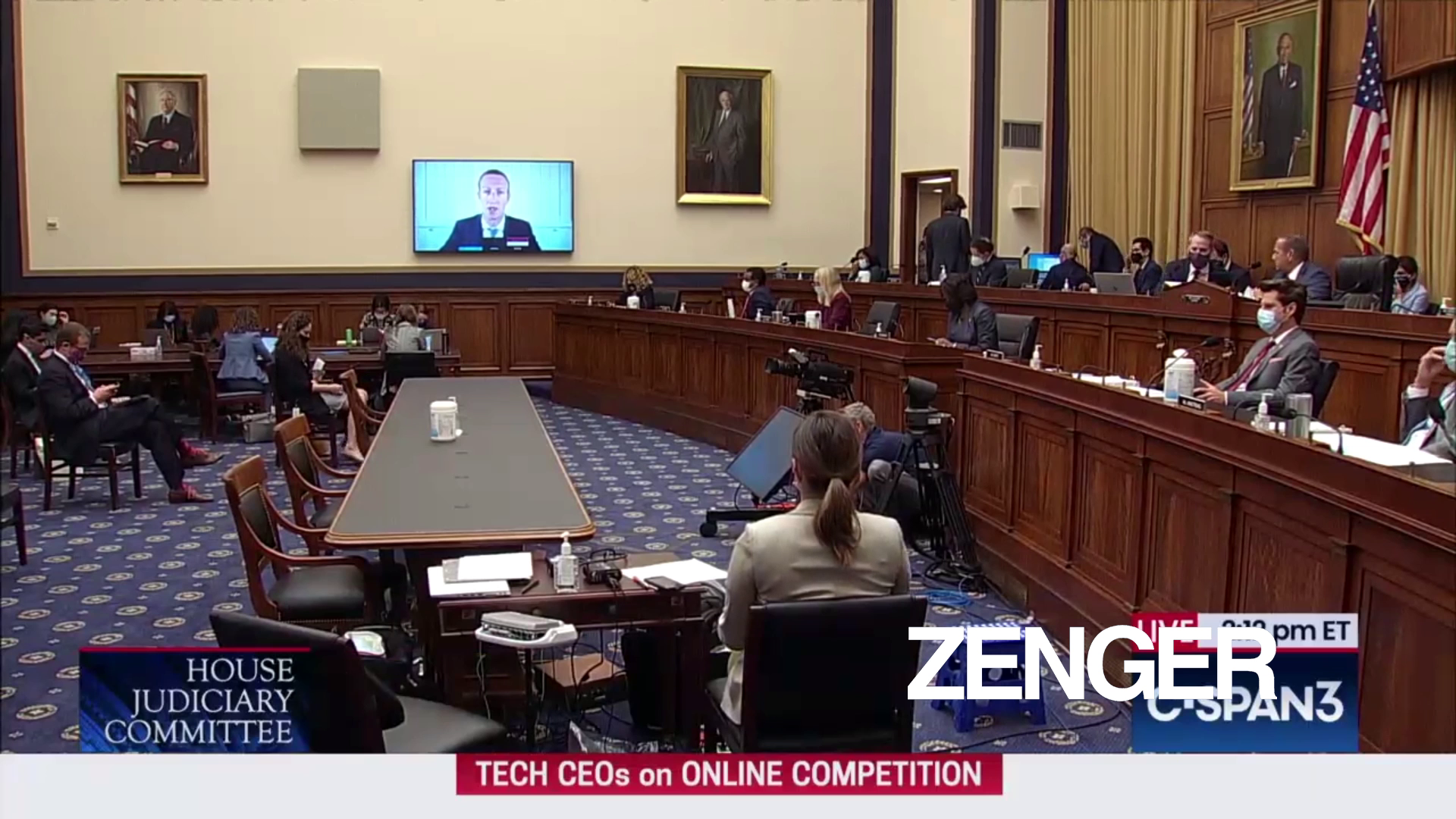 The antitrust suit against Microsoft more than two decades ago should have been a warning to today’s tech giants.

The chief executives of Amazon, Apple, Facebook and Google came under fire Wednesday for their alleged anticompetitive behavior, hearkening back to when the federal government tried to break up Microsoft.

A federal judge ruled in 2000 that Microsoft should split into two companies as punishment for its anticompetitive practices, but the decision was later overruled and the government and Microsoft settled.

“It rattled the whole industry. It had a chilling effect on the ability of the company to move forward and to innovate,” said Tarek Sayed, a lecturer at the University of Miami’s school of law and business.

“If it wasn’t for those years,” he said, “Microsoft would probably be in a different place today.”

Democrats and Republicans on the House Judiciary Committee’s antitrust subcommittee interrogated Amazon’s Jeff Bezos, Apple’s Tim Cook, Facebook’s Mark Zuckerberg and Google’s Sundar Pichai for nearly six hours on how the companies have potentially used their market power to crush competition. Lawmakers were equipped with millions of pages documents and private messages from the executives that had been turned over during the panel’s yearlong investigation into whether the companies had amassed power through anti-competitive practices, such as buying their competitors or cloning them.

“As gatekeepers to the digital economy, these platforms enjoy the power to pick winners and losers, shake down small businesses and enrich themselves while choking off competitors,” said Democratic Rep. David Cicilline of Rhode Island. “Our founders would not bow before a king. Nor should we bow before the emperors of the online economy.”

Republicans queried the tech giants about anti-conservative bias and censorship. Facebook, for example, has more than 2 billion active users.

Democratic Rep. Jerrold Nadler of New York confronted Zuckerberg with a 2012 message in which the Facebook founder  said he sought to acquire Instagram because it could “meaningfully hurt us.”

Zuckerberg did not deny seeing the photo sharing platform as a threat, but noted that the Federal Trade Commission did not oppose the deal at the time.

During his first time testifying to Congress, Bezos faced allegations that Amazon uses data from third-party sellers to boost sales of its own products.

“What I can tell you is we have a policy against using seller-specific data to aid our private-label business. But I can’t guarantee you that policy has never been violated,” Bezos said.

Some of the documents mentioned by lawmakers were “damning,” said Maurice Stucke, a former prosecutor in the U.S. Department of Justice’s antitrust division who now teaches law at the University of Tennessee.

The executives relied on the “ordinary playbook” in their testimony, Stucke said.

“The playbook is, you compliment the member of Congress on how good the question is.  Then you obfuscate, saying, ‘Well, I’m not familiar with the details. I can’t read that email, my eyesight’s not that good,’” Stucke said. “That generally has worked in the past. When you’re at this stage of the hearing, that simply doesn’t work.”

That strategy might have worked if lawmakers didn’t have a cache of documents as evidence, he said.

“I was amazed by how each CEO was ready to defend their businesses no matter what evidence was presented to them,” entrepreneur Neal Taparia wrote in an email. “That narrow mindedness will hurt these businesses in the long run. Instead of internalizing how their business might be hurting consumers and stifling competition, and coming up with ways to remedy that, they’re trying to deny any sort of wrongdoing despite mounting evidence contrary to that.”