These blue-eyed babies are helping save their species. 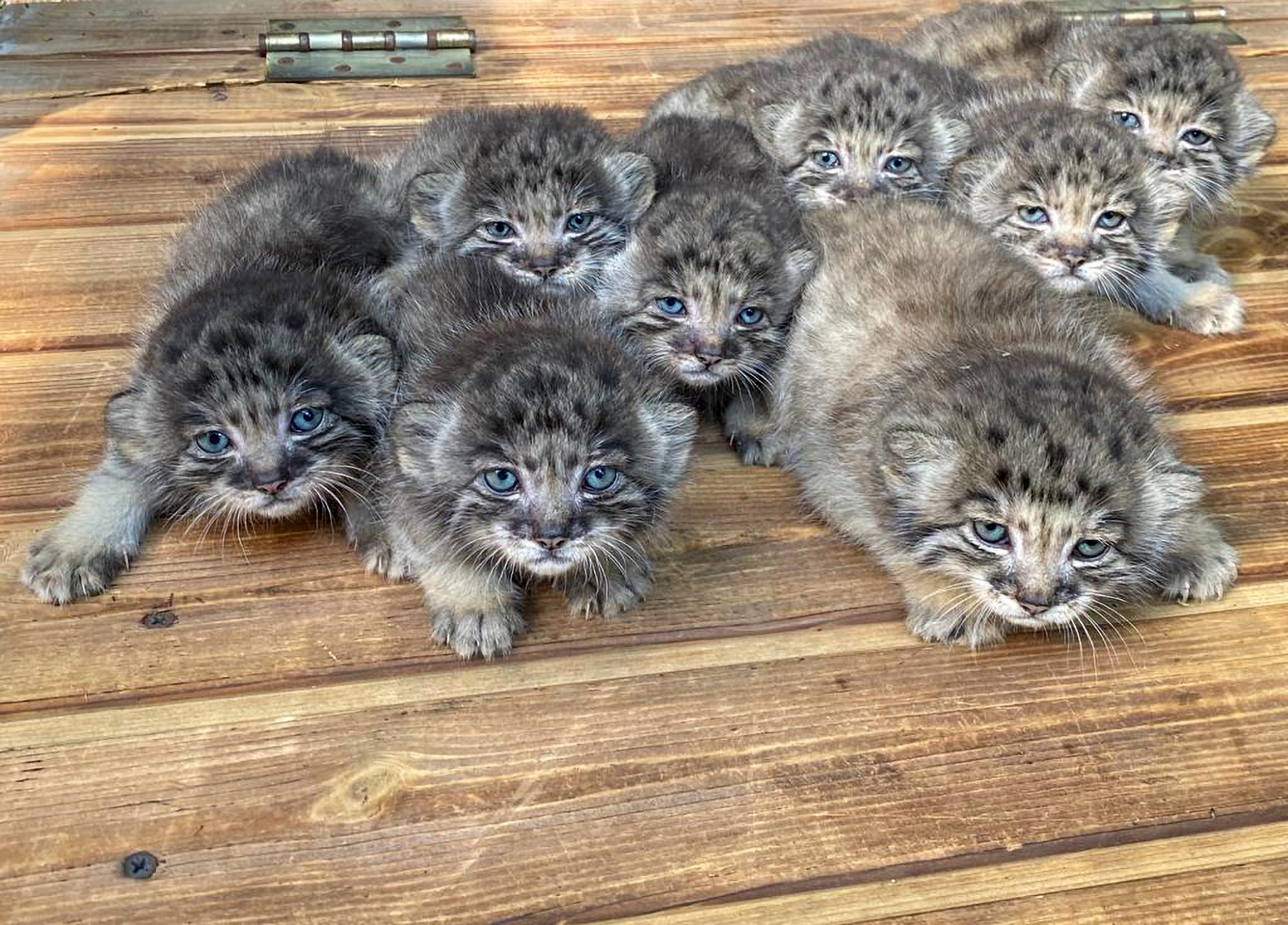 The eight kittens at the Novosibirsk Zoo. (Newsflash)

Three litters with a total of 16 adorable wild kittens with large, bright blue eyes were born at the zoo in Novosibirsk, Siberia earlier this month, the zoo announced in a July 18 post on the Russian social media network VK.com. An exact date of their births was not provided.

“This year, last month, three females gave birth, the first one on June 1, 2020, the second one on June 7, the third one on June 11,” Tatyana Pevneva, head of the International Cooperation Department at Novosibirsk Zoo, told Zenger News.

One female has three kittens, the other has five, and the third has eight kittens.

The Pallas’ Cats (Otocolobus manul) were born with bright blue eyes that gradually change color to green and then to yellow as they grow older.

“At present, the kittens are still very small. They are too young to assess their future fate,” Pevneva said. “Their development is closely monitored by zoologists and veterinarians.”

Pallas’ Cat breeds have been in the Novosibirsk zoo since 1995. Kittens are distributed in zoological parks of the world in the framework of international and European conservation programs. The descendants of the Pallas’ Cats living in Novosibirsk are now in Germany, the Czech Republic, Poland, France, Switzerland, Austria and Great Britain.

The species is hard to breed in captivity and has a high mortality rate. In the wild, it lives in rocky deserts and semi-arid areas from Central Asia to Mongolia. It’s endangered due to degradation of its habitat and being hunted for fur.

“According to WWF data, there are currently about 12,000 Pallas Cats living in the wild in Russia. As of the end of 2019, there were 30 Pallas’ Cats living in captivity in Russian zoos,” Pevneva said.

Zoo employees said the kittens leave the shelter for a short time. However, they try to hide from all the strangers, including visitors, by dashing into the building or behind their mothers. Still, the workers also say the kittens are growing increasingly confident, which means chances visitors will see them are increasing.