From ‘The Unguarded Moment’ to ‘From Dusk till Dawn’ and beyond, the character actor went from moody teen idol to cult status. 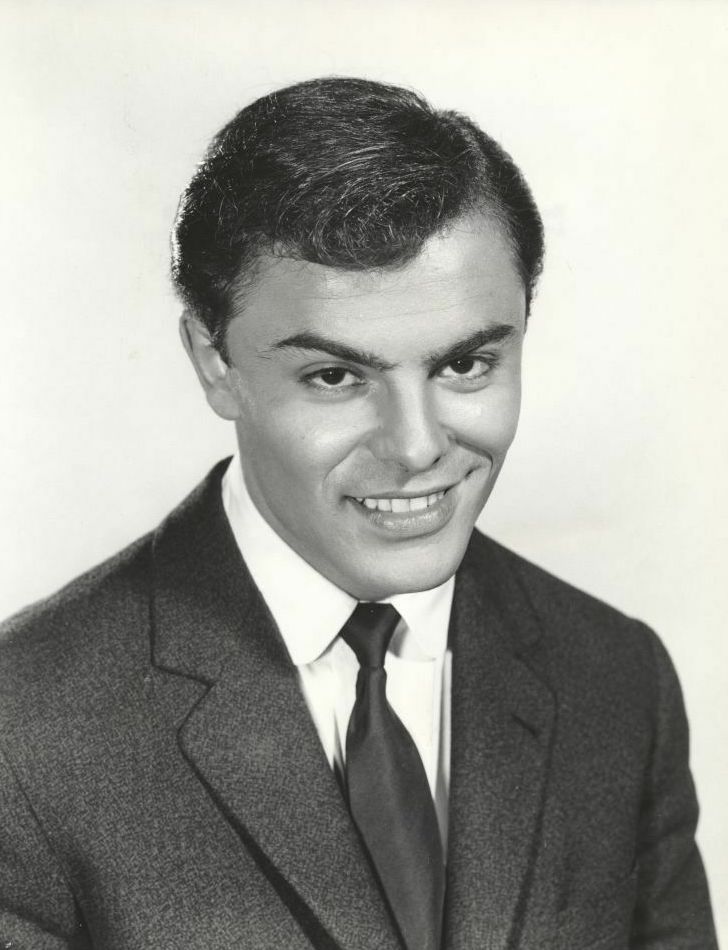 John Saxon, the rugged and intense-eyed actor who became a cult cinema icon for his performance in films like “Nightmare on Elm Street“ died Saturday, 11 days before his 84th birthday.

Between his debut in 1954 and his passing this year, Saxon made nearly 200 film and television appearances. Both a charismatic leading man and reliable supporting player, Saxon was known for his wide range and versatility of roles.

“He was the kind of actor who always made the movies he was in better,” said cinematographer and director Ken Stachink. “The kind of professional who was willing to take parts large and small. Never looking down at the role he was playing and always did the very best with what he got.”

Saxon was born Carmine Orrico to Italian immigrant parents in Brooklyn. In a 2012 interview with the LA Times, Saxon recalled that he stumbled into acting by happenstance when he was skipping school one day and a modeling agent spotted him walking out of a movie theatre.

Saxon’s breakthrough came in 1956, when his starring roles in the film noir “The Unguarded Moment” and the musical Rock, Pretty Baby made him what the Chicago Tribune article called at the time “a moody teen idol” in rock-and-roll musicals. Saxon, who received some 3,000 fan letters a week, was awarded a Golden Globe for Most Promising Newcomer.

In the following decades, Saxon proved that he could play an unstable villain or ineffectual authority figure as effortlessly as he played a romantic lead. “What impressed me the most about his career was how varied his roles were within film and television,” said Jason Hellerman, a screenwriter and contributor to the filmmaking website No Film School.

“He had the remarkable ability to reinvent himself many times over the years, and he always seemed to be in the right movie at the right time,” said “American Crime Story” writer Larry Karaszewski. “He worked with some of the most legendary directors and actors of a given period, people always working at the top of their game. He wasn’t always the lead, but he was there and he was always good.”

Saxon received a Golden Globe nomination for Best Supporting Actor for his turn as the Mexican bandit Chuy Medina opposite Marlon Brando in the 1966 western “The Appaloosa.” Saxon also proved a star overseas in his parents’ homeland, appearing in several Italian genre films beginning with the seminal 1963 giallo-horror “The Girl Who Knew Too Much.” He also became a familiar face on television with his three-season stint on the NBC drama “The Bold Ones: The New Doctors,” and a starring role in “Star Trek” creator Gene Roddenberry’s pilot “Planet Earth.”

“He was the second and probably best of the Gene Roddenberry post-apocalyptic characters named Dylan Hunt; Alex Cord was first, Kevin Sorbo was third on the first show I wrote for, ‘Andromeda,'” said “Thor” screenwriter Zack Stentz. “He did a great job playing what was ultimately a more optimistic version of Heston’s ‘Planet of the Apes‘ character — an emissary from a fallen civilization, trying to find meaning in a savage time and place.”

But the role that arguably cemented Saxon’s iconic status was thoroughly against type, in a new and exciting genre still unfamiliar to most American audiences. Alongside martial arts icon Bruce Lee, John Saxon starred in the 1973 kung-fu film Enter the Dragon, which is regarded as one of the greatest martial arts films of all time and is preserved in the Library of Congress for its cultural significance. Saxon’s role as Roper, a sleazy gambler on the run from loan sharks and participating in a martial arts tournament, allowed him to display his proficiency in judo and Shotokan karate. Though he freely admitted he was not at the level of his co-stars, Saxon said that Lee “took me seriously. I would tell him I would rather do it this way, and he’d say, ‘OK, try it that way.’”

Saxon also achieved cult status in the horror genre with his performance in the 1984 film “A Nightmare on Elm Street.” As Lt. Donald Thompson, father of Heather Langenkamp’s Nancy Thompson, Saxon defined the well-meaning but overbearing and useless authority figure that would become a central part of the series and the horror genre as a whole. He would later reprise his role in the 1987 sequel “Dream Warriors,” play himself in the 1994 metasequel “New Nightmare,” and even pen a treatment for a prequel film that was never produced.

“In three movies and countless lunches together, he would open up about all the work he’d done and all the people he’d worked with, and to me as young actor I couldn’t get enough of it,” his “Nightmare on Elm Street” co-star Robert Englund said. “It was a remarkable life and career.”

“He gave life to one of horror’s greatest dads, and to many other Elm Street fans, we feel like we’ve lost somewhat of a father figure,” said film critic and podcaster Diandra Lazor.

Saxon continued to act well into his seventies, when he landed parts in the Robert Rodriguez-directed, Quentin Tarantino-penned horror-comedy “From Dusk till Dawn,” as well as in an acclaimed episode of “CSI” directed by Tarantino. “In his youth he had the good looks and perfect hair of a male catalog model, but was always a more interesting actor than that and got more so as he aged,” Stentz said. “It’s to his great credit that Quentin Tarantino saw that potential and cast Saxon as a vengeful bomber in the ‘CSI’ episode he directed.”

In his later career, Saxon pivoted to independent and low-budget films where he was usually the biggest marquee name. “Even that late in the game, he was giving his time and energy to young filmmakers and young talent,” said Karaszewski.

Denise Pouchet, a producer of the 2003 film “The Road Home,” said she believed the film would not have sold if not for Saxon’s “passionate efforts and his generous time offered on set to new actors and behind the scenes offered to all the filmmakers.”

When news of Saxon’s death from pneumonia was released by his wife Gloria Martel, filmmakers, old collaborators, and fans came out in droves on Twitter to pay their respects.

“I always loved seeing John Saxon in a movie or TV show,” wrote “Ant-Man” director Peyton Reed. “His first impression on me was a strong one: playing Steve Austin’s old pal Major Frederick Sloan AND the robot that replaces him in the ‘Day of the Robot’ episode of THE SIX MILLION DOLLAR MAN. So good.”

“John Saxon will be so greatly missed by genre fans around the world,” wrote Mick Garris, creator of the “Masters of Horror” anthology series that Saxon starred in. “He was such a kind and talented man when we were lucky enough to have him onboard.”

At the time of his death, Saxon was living in Murfreesboro, Tennessee. Martel was his third wife; he was previously married to Mary Ann Murphy and Elizabeth Saxon. He is survived by his son, Antonio, and his sister, Dolores.

“He had strength and charm, which was a great combination,” fellow horror icon Barbara Crampton wrote. “His strong presence allowed him, with ease to command every role he portrayed.”

“People like John come along once in a long while,” Lazor said. “He will sorely be missed, but his lasting impact will never leave our hearts or our screens.”

«Previous Post
Popcorn with Zenger: ‘The Old Guard’ is So Woke It Puts Audiences to Sleep»Next Post
Famed 17th-century painting had tech help