Her parents established a crowdfunding page to pay for the high-tech treatment. 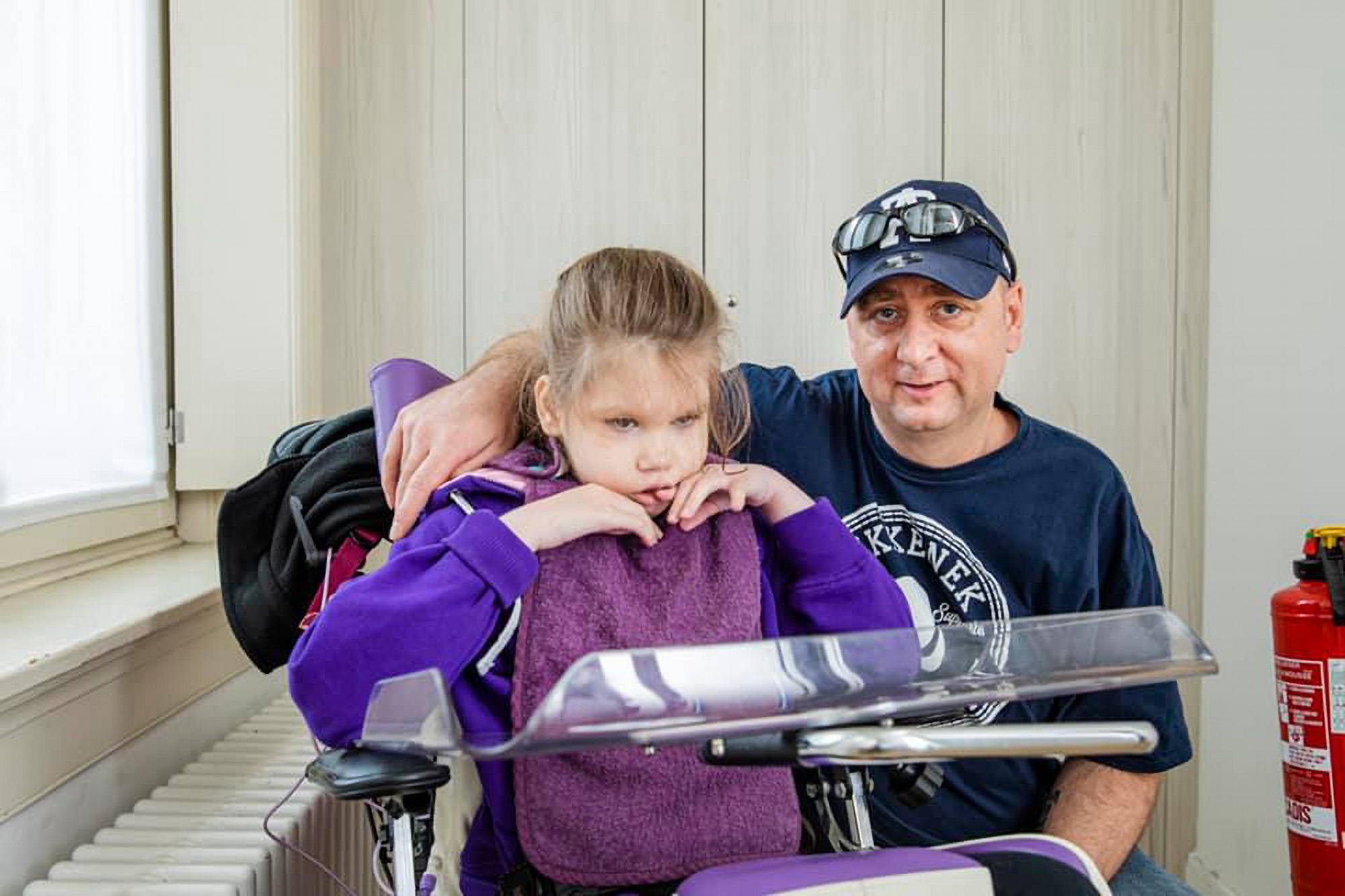 Femke and her dad, Timmy. (Newsflash)

A 10-year-old Belgian girl who suffers from epilepsy that is so severe that she can barely move is now able to walk in place, thanks to the help of a new “robot.” Her parents are asking for donations so she can continue the treatment.

Young Femke Callebaut suffers from a severe form of epilepsy which has rendered her unable to talk, eat alone or walk. However, thanks to the help of a “robot” at TrainM’s neuro-rehabilitation center in Antwerp, the girl can walk in place while she is upright. Femke gets placed in a harness while her legs are strapped into two sets of robotic motors that mimic the movement of walking.

Femke’s mother, Wendy Vermassen, 38, and father, Timmy Callebaut, 44, say the new treatment has been a godsend. However, they also say they can’t afford to continue the treatments by themselves, because the government does not cover the cost.

Femke’s father says was less than 5 months old when she had her first major seizure, and after many tests, doctors diagnosed her with Dravet syndrome, a serious form of epilepsy caused by a genetic defect.

“In our country, there are only five children with that severe form of the disease, ” says her mother. “And Femke seems to be most affected.”

Femke is in a wheelchair, cannot eat, talk or walk independently. She is also very sensitive, becoming quickly overstimulated by crowds or noise, and becoming sick very easily.

The couple juggles full-time jobs with the 24-hour care of their daughter; he works as a butcher and she works in a supermarket.

“I get up every day at four in the morning to take off her probe,” Vermassen says. “That way her stomach can relax before we start the medication. We do that intermittently from 5:30 a.m. until 7 a.m. Then she goes to a special school. That way we can both work full-time, my husband at night and me during the day. We constantly alternate, so there can always be someone with Femke, should she fall sick.”

But the TrainM device offers hope that things won’t always be that way. “After the first time she thought it was great. Femke is rather withdrawn, but she blossoms during and after the sessions. She is very proud to be able to stand upright. It has clearly enriched her life.”

The TrainM robot is one of a growing number of so-called “assistive technologies” being used to help those with severe disabilities. In addition to robotics, for example, the institute that Femke gets treated at offers therapies for the disabled that involve virtual reality, neuro-gaming; brain/computer interface and artificial intelligence.

Vermassen is sold on such devices, saying Femke’s TrainM walks offer a wider variety of benefits than she expected. “She always had cold feet, but not anymore because her blood circulation starts to flow [while on the machine]. She is also less likely to get sick, her bowel movements are better and she is finally getting muscles in her legs. ”

Callebaut says the treatment costs about $1,178 per month, on top of all the other medical expenses the parents are paying for their daughter’s treatment. Vermassen said that friends and family finally persuaded her and her husband to set up a crowdfunding page.

“I hesitated for a long time. I’m not comfortable with people depositing money to take care of my child. But I have to face up to the fact that we don’t have the money ourselves, and this is needed.”

So far, $7,387 U.S. has been raised of the $33,345 total which would cover her new therapy twice a week for at least three years and at the end of which, doctors hope, Femke will be able to walk by herself.

“People sometimes ask me if we have regrets,” Vermassen says. “Not at all, I say. Our lives indeed look different, but we also get a lot in return.”