Kenya law requires the government to supply school-age girls with sanitary products, but many end up on the black market instead. 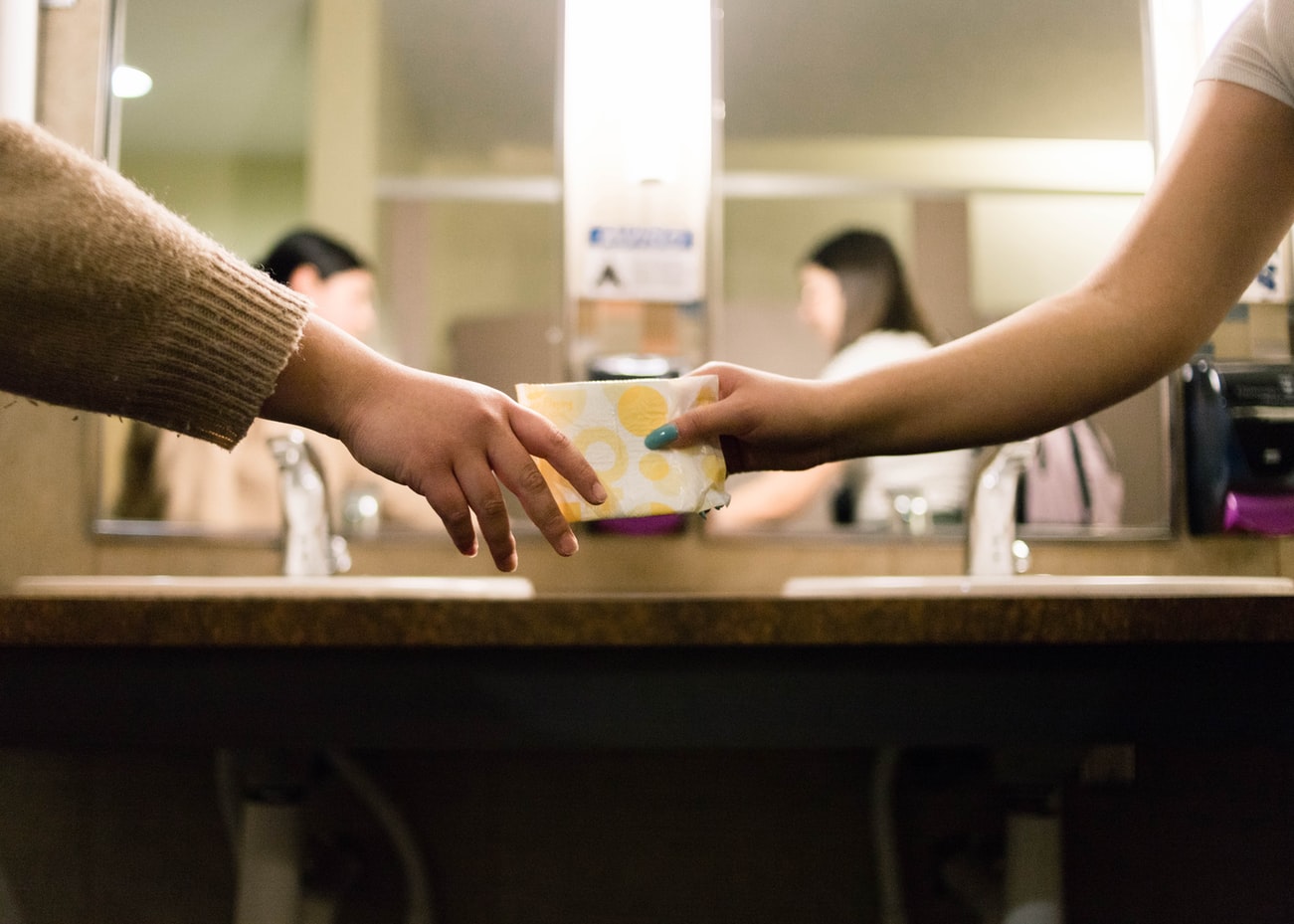 Seventeen-year-old Angela Nduta, who lives in the sprawling Kayole-Soweto slum in Nairobi, Kenya, is struggling during her menstrual period—but not in the way you might think.

“I have been forced to seek other alternatives [to maxi pads] to survive. I am currently using pieces of dirty cloth at home. Things have been extremely difficult now. How I wish we can go back to school soon, where I am sure I can get free sanitary towels,” she said.

Like many others in her community, adolescent girls who lack menstruation products in Kenya are forced to stay at home or unscrupulously “convince” their boyfriends to buy sanitary pads for them. This is despite the existence of Kenya’s Basic Education Amendment Act, which commits the government into providing free, sufficient, quality pads to young girls so they can stay in school. But the reality is sometimes different.

Data from the Ministry of Education estimates that girls from poor families miss 20% of school days in a year due to lack of sanitary towels. The data indicates that a primary schoolgirl can lose up to 18 weeks out of 108 total weeks of instruction. High schoolers can lose 24 weeks out of 144.

Other barriers to education for Kenyan girls include the cost of uniforms and lunches, the need to work to earn money for their families and a patriarchal culture that doesn’t value their education.

“In this village girls end up getting pregnant as they strive to get 50 shillings to buy sanitary towels,” she said. “This is because when a young man gives you money, he wants sex in return. It’s a shame that we still struggle to access this basic need.”

Coming from a poor background is challenging, Karithwa said, because “our parents earn less than one dollar a day, so the money we get is used to buy food, not sanitary towels.”

Girls need two of the packets per month. At school, they might receive two packets every two to three months, which leaves them to come up with alternatives.

“It’s becoming quite difficult for young girls to manage their periods safely because sometimes the pads we get [donated to distribute] are not enough for everyone,” said Maryanne Kasina, a women’s social justice advocate in Kayole. “We have not been able to reach to all girls because of resources. The donations we get is not enough for all the girls.”

Pastor Anthony Bwana, who lives in the Komarock area of Nairobi, frequently donates sanitary towels to young girls. He was motivated by an incident that moved him to tears one day when he was donating foodstuffs.

“I came to this village in Kanguruwe in Kayole and we came to give food, but there is one girl who challenged me and said, ‘I don’t need maize flour, kindly get me a pad,'” he said. “When I looked at her eyes it was almost watery, and immediately I knew there was something wrong. You find that at the age of 16 to 20 years they lack menstrual products. They can even compromise [themselves] just to get pads.”

The Kenyan government, through the Ministry of Public Service and Gender, runs a program to provide free sanitary towels to the girls at school. The program is essential in a country where 65% of the people who go through menstruation cannot afford sanitary towels, according to a 2016 report by nonprofit consultation firm FSG.

Adequate numbers of pads don’t always make it to the girls, though, due to budget constraints or packets “getting lost.”

Some retailers, such as Stephen Kamau Muchoki, repackage the free pads and sell them at 90 shillings each. He resells the pads in Mombasa, Kilifi, Nairobi and Murang’a, where his business is booming.

“This is a lucrative business,” he said to Zenger News. “I get the pads from the same government officials who are distributing them. Many people cannot differentiate between the donated pads and the ones I am selling. Good packaging, and you’re good to go. We transport the goods at night where police roadblocks are minimal.”

Kamau Muchoki was arrested in January when 300,000 government pads were seized from a house he owns that was under construction. The next phase in Kamau Mochoki’s case is slated for next year; he was released after paying bail.

“It dangerous to operate such a business because one can get arrested, but I have to eat and make money,” Kamau Muchoki said. “I am very careful about how I operate because you don’t know who might be watching. I am not doing this business alone. I have a constant supply of these pads. I have never run out of business.”

Kamau even bragged about having powerful friends. “I’m not scared of being arrested,” he said, “because I am in business with the same government that is distributing sanitary towels.”