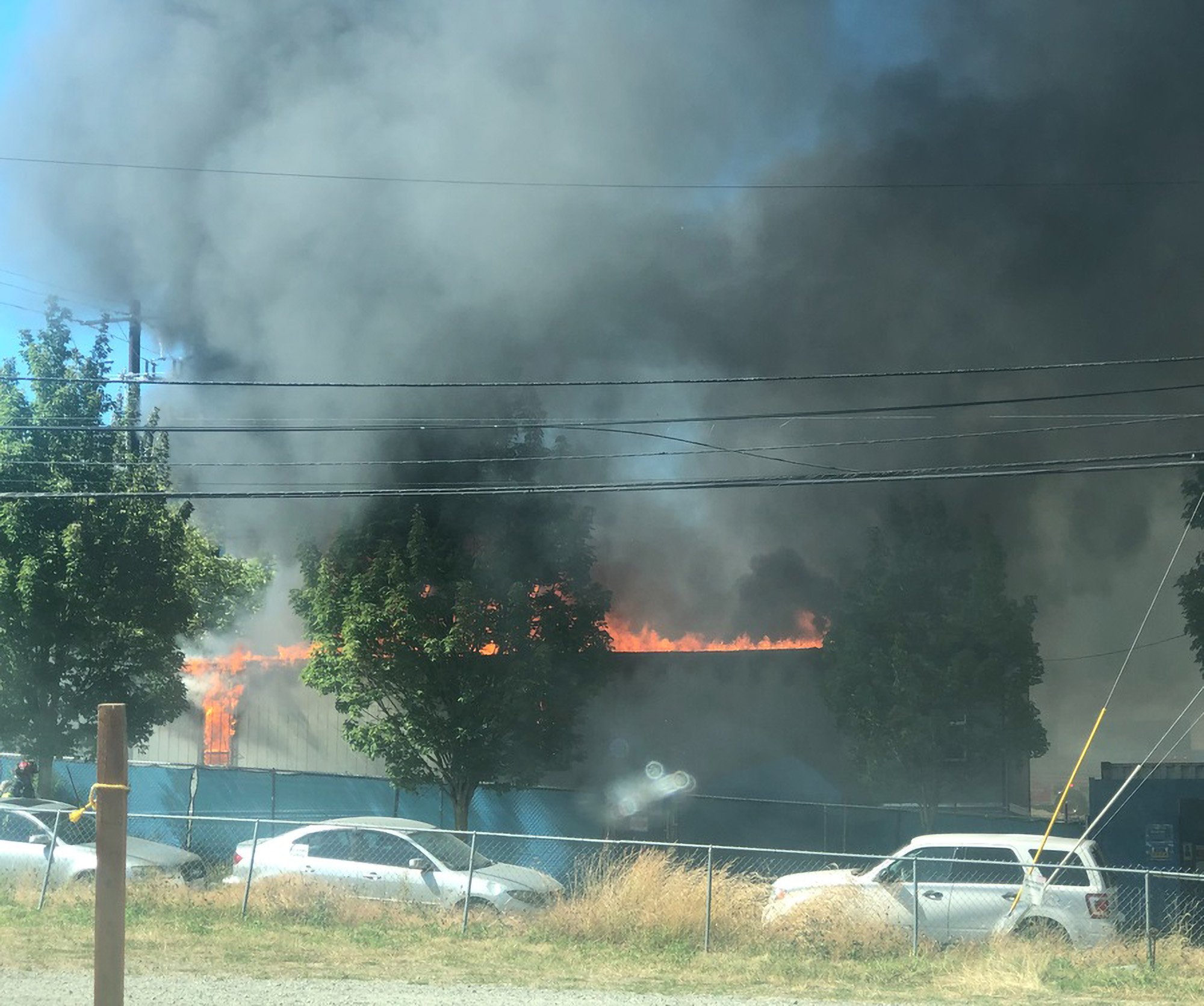 In body-cam footage posted by the Seattle Police Department, an explosion is seen on the street among a team of cops moving toward the protesters on their bikes. In the other parts of the video, explosives can be seen being thrown among the officers as they slowly retreat.

According to the department, two groups of protesters coming from the Seattle Central College and Cal Anderson Park areas joined together and continued marching south on Broadway. On their way, they set fire to equipment at a construction site at the King County Juvenile Court Youth Services Center near 12th Avenue and Alder Street.

They then continued smashing windows along 12th Avenue and Pine Street until they arrived at the Seattle Police Department’s East Precinct. According to police, one rioter tried to disable the security cameras and take down the perimeter fence while an explosive device left an eight-inch hole in the side of the precinct. Bomb experts are investigating that explosion.

Because of the risk to public safety, police declared the incident a riot. In the following hours, a smaller crowd wound through Capitol Hill and continued to throw bricks, rocks, mortars and other explosives at officers.

Fifty-nine officers suffered minor injuries during the day and most were able to return to duty. One officer was treated in hospital for a knee injury. Officers arrested 47 people for assaulting police officers, failure to disperse, and obstruction. Information on the number of protesters injured was not immediately available.

This most recent altercation took place in the same neighborhood that was the site earlier this summer of the Capitol Hill Organized Protest, previously called the Capitol Hill Autonomous Zone, an occupation protest and self-declared autonomous zone. Police cleared the zone of occupants on July 1, after several violent incidents there, including the fatal shooting of a 16-year-old boy.

President Trump has criticized the response by Democratic mayors, including Seattle, to ongoing protests. Department of Homeland Security officials arrived in the city ahead of the weekend’s protests to help protect federal buildings.