Popcorn with Zenger: ‘The Old Guard’ is So Woke It Puts Audiences to Sleep 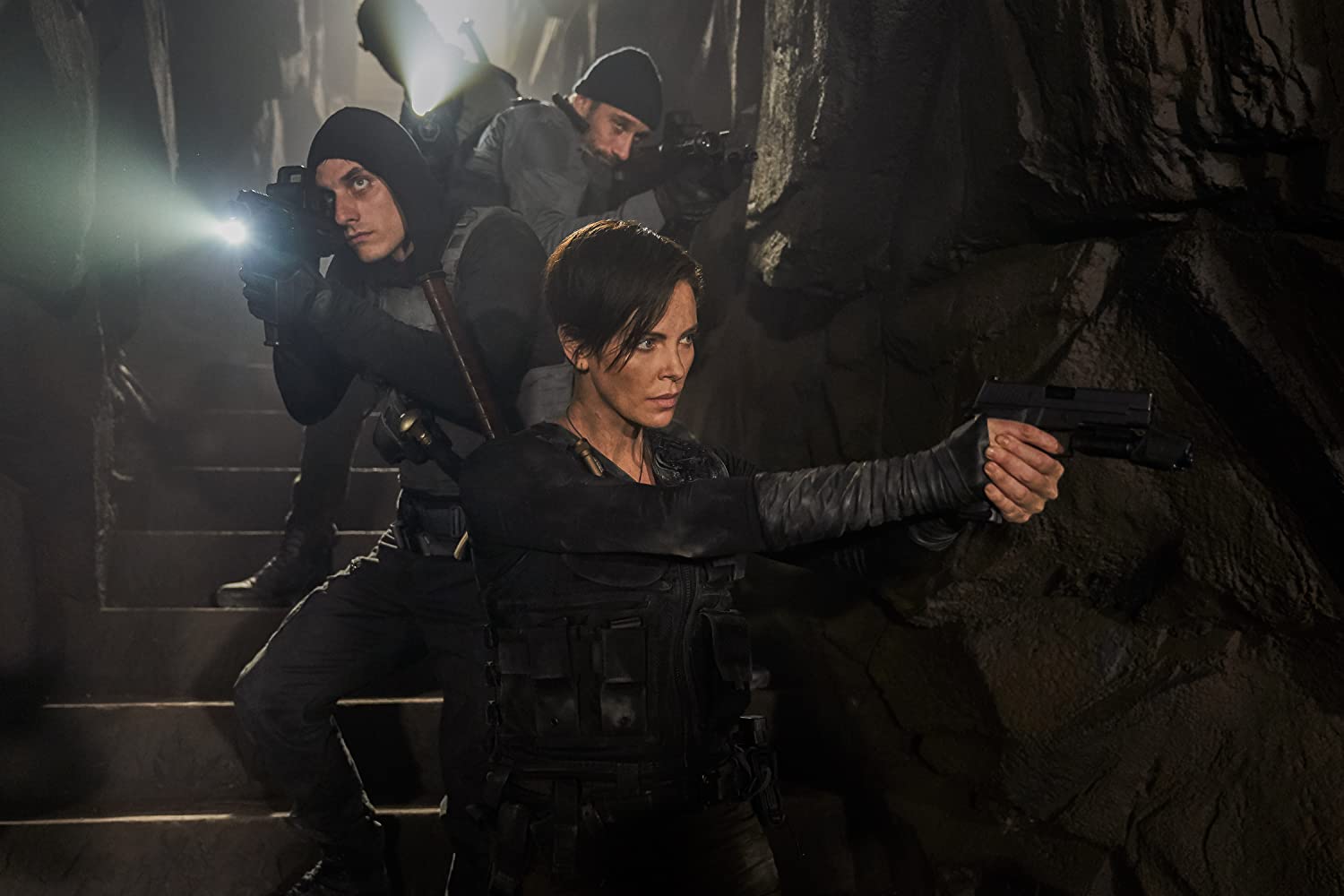 “The Old Guard” is a film that is so woke, it puts its audience to sleep.

Netflix’s attempt to fill the superhero void is more progressive than it is heroic.

As Americans figure out what to do with without the latest blockbuster film thanks to the global pandemic, Netflix seeks to rise to the occasion with another comic book adaptation of its own, after “The Umbrella Academy.”

“The Old Guard” prides itself in changing the landscape of the industry from a political standpoint. The series has a very solid premise, a group of people bound by their immortality and fighting to make the world a better place. Unfortunately, much like our characters, the film just won’t die, even when you want it to.

The Story: The story begins with a small group of mercenaries who fight for justice while protecting their secret—they can’t die. The group of immortals are led by Andromache of Scythia aka Andy (Charlize Theron), a butt-kicking assassin around for over a thousand years.

As Andy looks for the latest immortal, the group’s secret is exposed and they are hunted by a Big Pharma capitalist who wants to unlock the secrets of their genetic code. It is up to Marine Nile Freeman (KiKi Layne) to be the SuperHero In Training who saves the group from a brutally cruel world.

Bright spots: One of the few parts that wasn’t horribly miscast was fight choreographer Daniel Fernandez; his great action set pieces prevent the film from becoming a complete waste. The 87eleven stunt team, creators of the “John Wick” franchise and choreographers of “Atomic Blonde,” again prove they’re the best in the business. The special effects are solid even for one on the more expensive Netflix projects. The idea behind “superheroes” who can regenerate wounds is intriguing for anyone aware of more mainstream superheroes as Deadpool and Wolverine; too bad the execution of this idea causes this film to drown.

Weak spots: Director Gina Prince-Bythewood is a puzzling choice to take the reins of this action film, as the “Love and Basketball” alum is known more for romantic dramas. While her lack of experience in the genre painfully shows, the true crime here is the abysmal writing of Greg Rucka, who adapted the screenplay from his own original graphic novel.

“The Old Guard” takes a winning formula and bungles it like the Seattle Seahawks at the 1-yard line. In a world where you have superpowered humans that you can riddle with bullets and they keep moving like the Terminator, the storytelling is dull and uninspiring. The story doesn’t even attempt to dig into the lure of why our heroes have the powers that they do: Are they part of an underground alien race? Were they exposed to radioactive chemicals? Were they chosen by God himself? Well, don’t expect an answer because you won’t get one. The film leaves you high and dry on the interesting portions of the backstory and doesn’t stop there.

Despite a handful of scenes, the action is largely absent, creating two hours of sitting and waiting for excitement to happen. Our heroes don’t present a hint of a real personality outside of their written outlines of girl, gay guy, the other gay guy, and other guy.

Not only are the heroes bland, but the film’s idea of a villain reeks of disappointment. If your heroes can’t die, challenge them, or else the project has no stakes. An equally powerful bad guy would have the ability to nullify the powers of the heroes, creating an engaging conflict for the audience. Instead, the conflict comes by a nerdy little capitalist twerp lacking powers or intelligence. This exposes “The Old Guard”‘s biggest problem: Its wokeness sends you to Dreamland.

It impressively checks off all the diversity-and-inclusion boxes: the female director who was not qualified for a film of this nature. A buzzcut Theron playing the traditionally male role of leader. An Afghan war soldier and leader of an all-female Marine unit. A gay couple so in love they provide the film with the most cringe-inducing, Romeo-and-Juliet proclamations in cinematic history. Add in dialogue that mocks Christians and the existence of God, and the cherry on top is the villain—the abovementioned big Pharma.

The filmmakers took so much time making sure that every aspect of their film was politically correct, they forgot to provide the parts that actually entertains audiences—story, interesting characters, witty dialogue, engaging conflicts, emotion, action and cinematography.

The takeaway: “The Old Guard” may be based on a comic book, but it is anything but super. If you are looking for a fix before the next Marvel Studios flick  tickles your fancy, Chris Hemsworth’s Netflix film “Extraction” is a more filling two-hour journey.

See or Skip: An interesting set up ends up a disappointing final product.