Aerial surveillance of a suspicious boat heading to the coast in Andalusia led to a high-speed police chase. 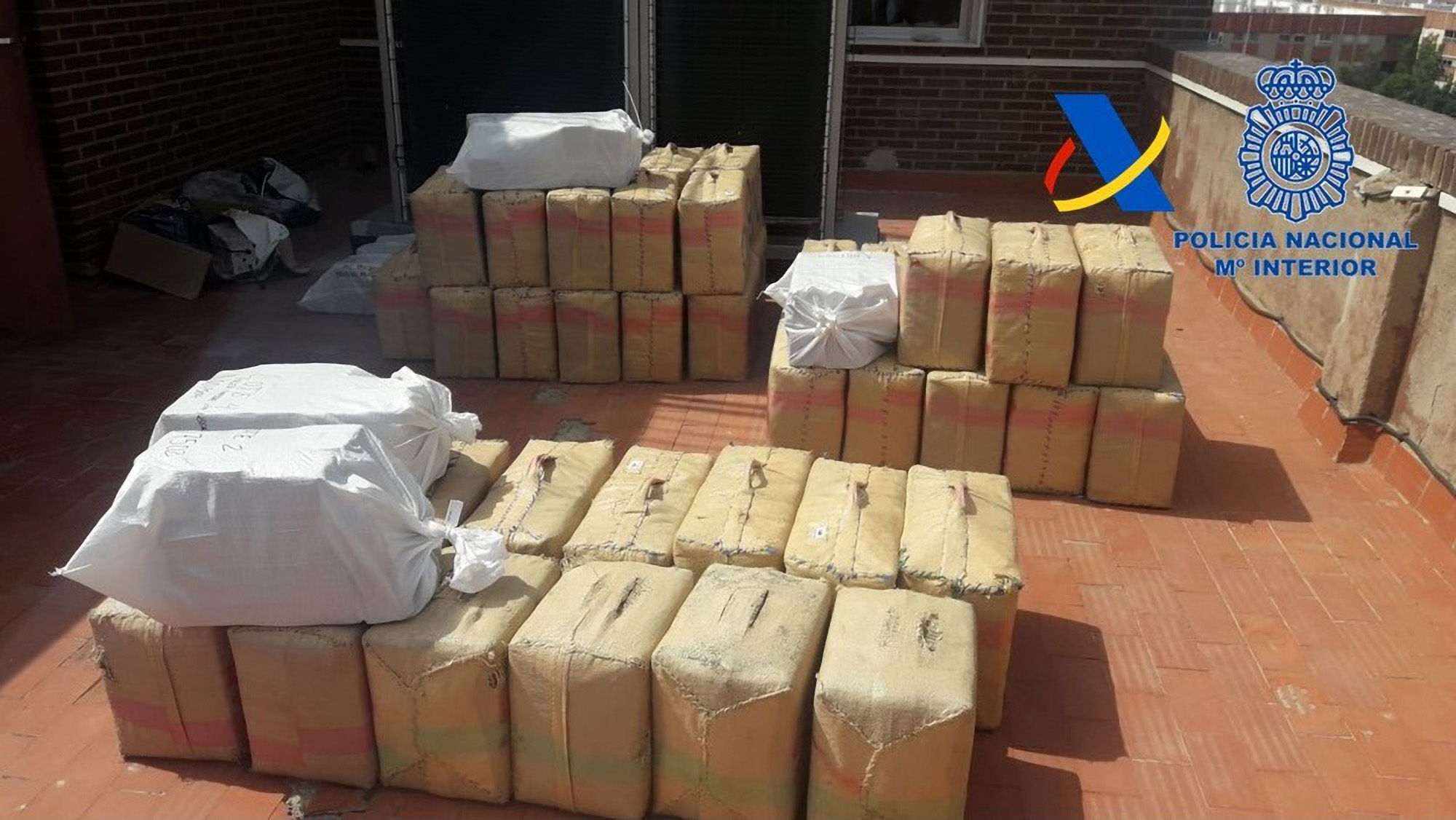 The items seized by the Spanish National Police. (Newsflash)

A Moroccan national accused of smuggling 4,000 pounds of hashish into Spain was arrested after an eight-order surveillance operation and police chase in Andalusia.

The suspect, identified only as S.E.O., has been charged with smuggling, crimes against public health and road safety, and an attack on the integrity of law enforcement officers.

The operation ended earlier this month with the arrest of the suspect and the seizure of 4,078 pounds (1,850 kilograms) of hashish, according to a statement from the Spanish Tax Agency and the Spanish National Police.

The customs unit notified the National Police, who began preparations for the capture of the alleged traffickers, while officers on the surveillance helicopter continued monitoring the boat.

The boat, which reached shore around 5 a.m. on July 7, was manned by four people who, with the help of others who had been waiting onshore, began unloading a large number of bales typically used for hashish trafficking, police said.

Hashish, a cannabis concentrate or resin, is illegal in both Spain and Morocco, but smugglers typically bring the drug into Europe from Morocco via Spain.

After the bales were loaded in a van, a smaller vehicle can be seen driving away, and the people who assisted in loading the bales are seen running away, out of sight.

After the exchange, the boat retreated toward the Moroccan coast and was pursued by the patrol boat Colimbo, while the truck was followed by the helicopter Argos.

Several national police vehicles were waiting at a checkpoint for the van, which was able to elude police, and a high-speed chase ensued.

The images show one of the police cars overtaking the van, preventing it from passing. The van driver repeatedly drives through static police devices and hits guard rails trying to avoid capture, causing two tires to blow.

The driver fled on foot, but was soon arrested, according to the police statement. Inside the van, authorities reported finding 58 bales of burlap and raffia weighing approximately 4,078 pounds.