Who was buried with 1,100-year-old Viking ship? Researchers seek clues in new excavation

The Gjellestad is the first Viking ship excavated in Norway in more than 100 years. 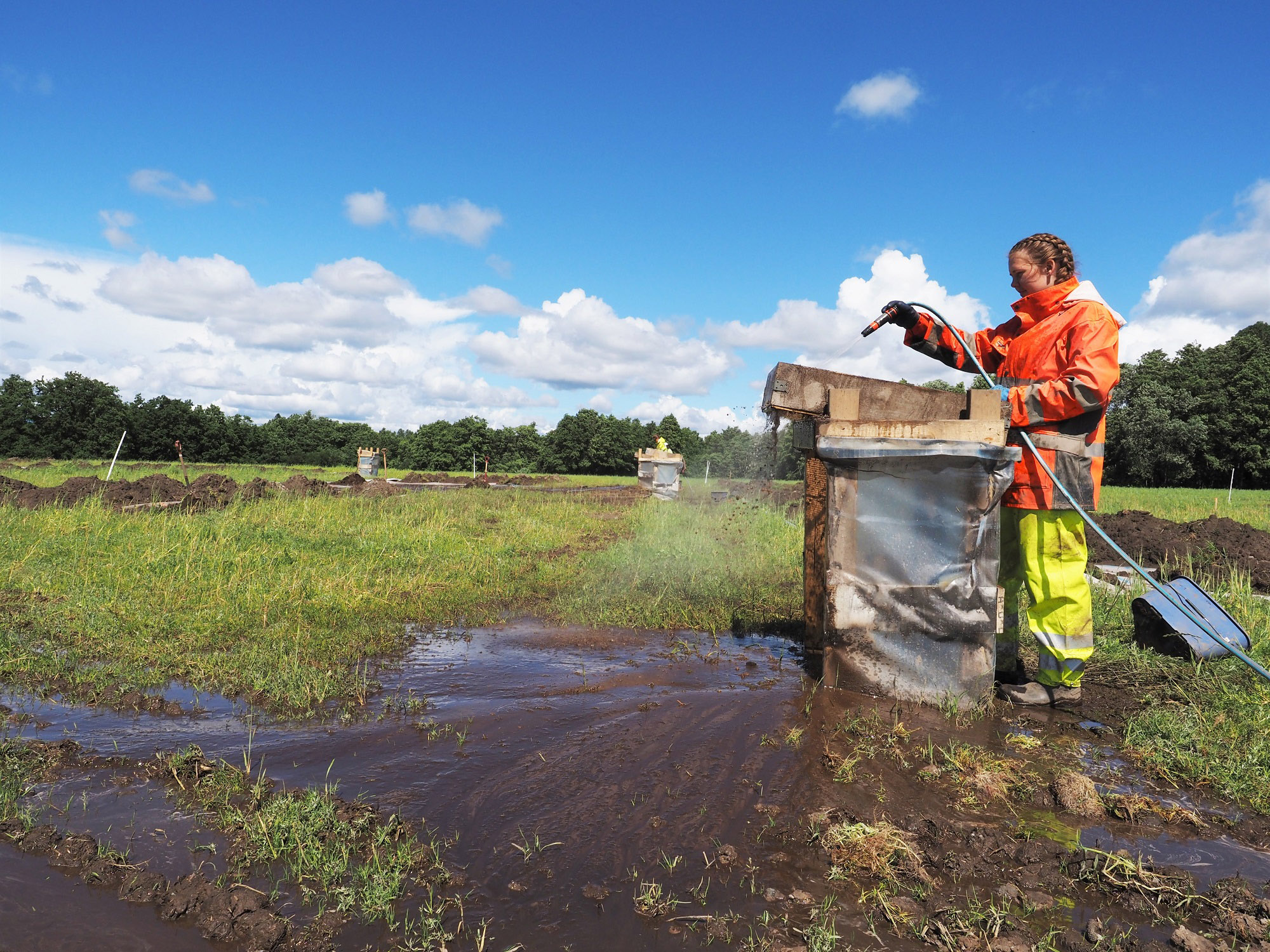 A woman checks the topsoil for artifacts. (Margrethe KH Havgar The Museum of Cultural History/ Newsflash)

A Viking ship that may have been a coffin for a “king” and “queen” more than 1,100 years ago is being uncovered.

Excavation of the Gjellestad Viking ship has started almost two years after it was discovered in the Oslofjord region of southeastern Norway, marking the first time in more than 100 years that a complete Viking ship has been excavated in the country.

The tomb may contain two burial chambers, hundreds of passages of various kinds and traces of the burial, according to a news release on the project.

One important research question during the excavation is how the burial was undertaken, project manager Christian L. Rodsrud said. “What kind of rituals took place during the burial ceremony, who was the deceased, and what was buried in the grave along with the departed person?

“We still don’t know if it is a male or female burial, or if several individuals were buried. Ship graves of this size were built for persons from the uppermost echelons in society — we would tend to call them kings and queens today, possibly also jarls (Norse or Danish chiefs).”

The excavation started on June 26 just outside Halden in the south of the country, said Margrethe K. H. Havgar, dissemination coordinator for the Gjellestad excavation. Havgar is also disseminator and guide at Oslo’s Museum of Cultural History, a research institution whose archaeologists are working on the excavation.

“The Gjellestad ship is a jigsaw puzzle, and bit by bit they are discovering new fragments,” Havgar told NewsFlash.

An animation of what the Viking ship may have looked like was created last year on the website Gjellestadstory.com, in collaboration with the Ostfold University College and Viken county council, Rodsrud said.

“The animation shows a Viking ship sailing and might be called a qualified guess of what the ship we are to excavate might have looked like. There are still a lot of questions that need to be answered during excavation before we can be certain of the details,” Rodsrud said.

Ten people are working on the project full-time, with the excavation taking place in several stages, which will last about five months, according to a press statement.

The ship, which is less than 2 feet below the surface, is thought to have been buried between the eighth and ninth centuries, according to the analysis of tree rings, known as dendrochronology.

Radar analysis also indicates the presence of at least three longhouses at the archaeological site, with some of them believed to be up to 150 feet (46 meters) long, according to the press statement. However, archaeologists are unsure whether these are as old as the ship.

The excavation site is not open to the public at this stage, but the Museum of Cultural History hopes to eventually offered guided tours of the site.

The Gjellestad is not as well preserved as the Oseberg, Gokstad and Tune ships, but modern excavation methods will make it possible to document the broken parts of the ship so that it can be reconstructed with great detail, according to the museum.

At the groundbreaking ceremony at the site, Norway’s Climate and Environment Minister Sveinung Rotevatn said, “The finding is very vulnerable to human intervention and climate change, and we know it is undergoing active degradation.

“It was necessary for the government to provide an extraordinary allocation over the revised state budget to stop the degradation and secure the discovery and the potential for knowledge as quickly as possible.”

The government has allocated $15.6 million toward the excavation.