Judy Shelton and Christopher Waller were nominated by President Trump. 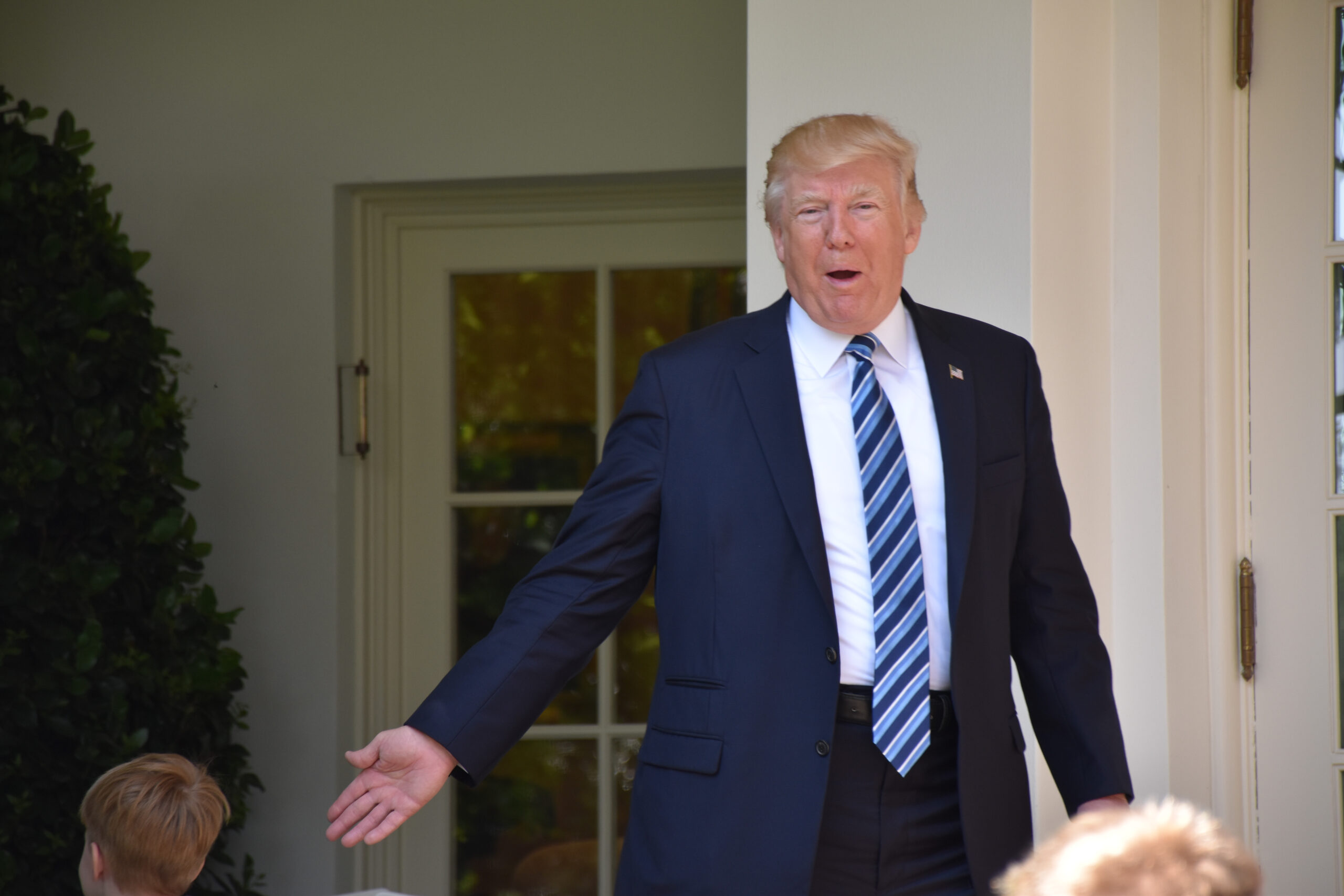 President Trump walks in the Rose Garden of the White House in Washington D.C. on April 27, 2017. (David Martosko/Zenger)
Judy Shelton, a critic of U.S. Federal Reserve’s expansionist monetary policies and low interest rates, is now one step closer to joining its board of directors.
Shelton believes that increasing the supply of money faster than domestic economic growth will lead to inflation and credit bubbles akin to the 2008 financial meltdown while a majority of the Federal Reserve’s current board believes that record-low interest rates pose little risk of overstimulating real estate and other credit-hungry parts of the economy and that inflation remains near historic lows.

The U.S. Senate Banking Committee voted along party lines Tuesday to advance the nomination of Shelton, an economic adviser to President Trump’s 2016 campaign. Her nomination now heads to the Republican-led Senate for a full vote.

The committee also approved a less controversial pick, Christopher Waller, for another vacant seat on the board. Waller is the director of research at the Federal Reserve Bank of St. Louis.

Shelton’s nomination appeared to be in jeopardy after several Republicans on the committee expressed concern about her suitability for the board, which has sought to limit the economic damage from the coronavirus pandemic through emergency lending programs and other measures.

Shelton supports a return to the gold standard and has advocated for a closer relationship between the White House and the Fed, which is supposed to be independent from political pressure.

After her confirmation hearing in February, Republican Sens. John Kennedy of Louisiana, Richard Shelby of Alabama and Pat Toomey of Pennsylvania indicated they could oppose her nomination, but ultimately voted in favor.

Toomey’s press secretary pointed to the senator’s February statement when asked why Toomey voted to support Shelton after expressing concern.

“She clarified to me that she will oppose using monetary policy for the purpose of devaluing the dollar. It would have been imprudent and contrary to statutory authorization for the Federal Reserve to go down this path. Given her assurances, I intend to support Dr. Shelton’s nomination,” Toomey said.

Kennedy “read Dr. Shelton’s works carefully, as he said he would do, and decided to support her nomination,” the senator’s communications director Jess Andrews said.

A spokesperson for Shelby did not respond to a request for comment on why he was now comfortable supporting Shelton’s nomination.

Democrats requested another hearing on Shelton’s confirmation before the committee voted, citing “serious concerns” about her views.

“Dr. Shelton does not believe that the Federal Reserve should be shielded from political whims, and she has advocated for failed Great Depression-era policies – like a return to the gold standard and the removal of deposit insurance – that would make our economy more volatile,” all 12 Democrats on the committee wrote in a letter to Republican Chairman Mike Crapo of Idaho.

“When asked what she would do in response to an economic crisis where consumer confidence and spending drops, unemployment jumps and we are in a recession, Dr. Shelton could not provide a substantive and coherent answer,” the July 10 letter said. “She could not describe — even in the most general of terms — what tools the Federal Reserve possesses, which tools it should use, or whether the United States should engage in stimulus spending. … Based on her answers at the hearing, we are deeply concerned that the situation we are in today would have been worse if Dr. Shelton were already sitting on the Board of Governors.”

Shelton had answered Democrats’ questions during her February hearing, Crapo said ahead of Tuesday’s vote.

“She answered all the questions raised in the letter,” he said, “and I am confident that her deep understanding of the Fed’s monetary policy toolkit, monetary history and commitment to maintaining Fed independence will serve the Fed well in its ongoing efforts to stabilize markets and toward its mission of price stability and full employment.”

The Federal Reserve’s board of governors has been operating with five members since former Fed chair Janet Yellen stepped down in 2018. Shelton would fill Yellen’s vacancy and serve out the remainder of her 14-year term, ending in 2024. The seat Waller was nominated for was left vacant in 2014 when Sarah Bloom Raskin became deputy secretary of the U.S. Treasury department. His term would end in 2030.