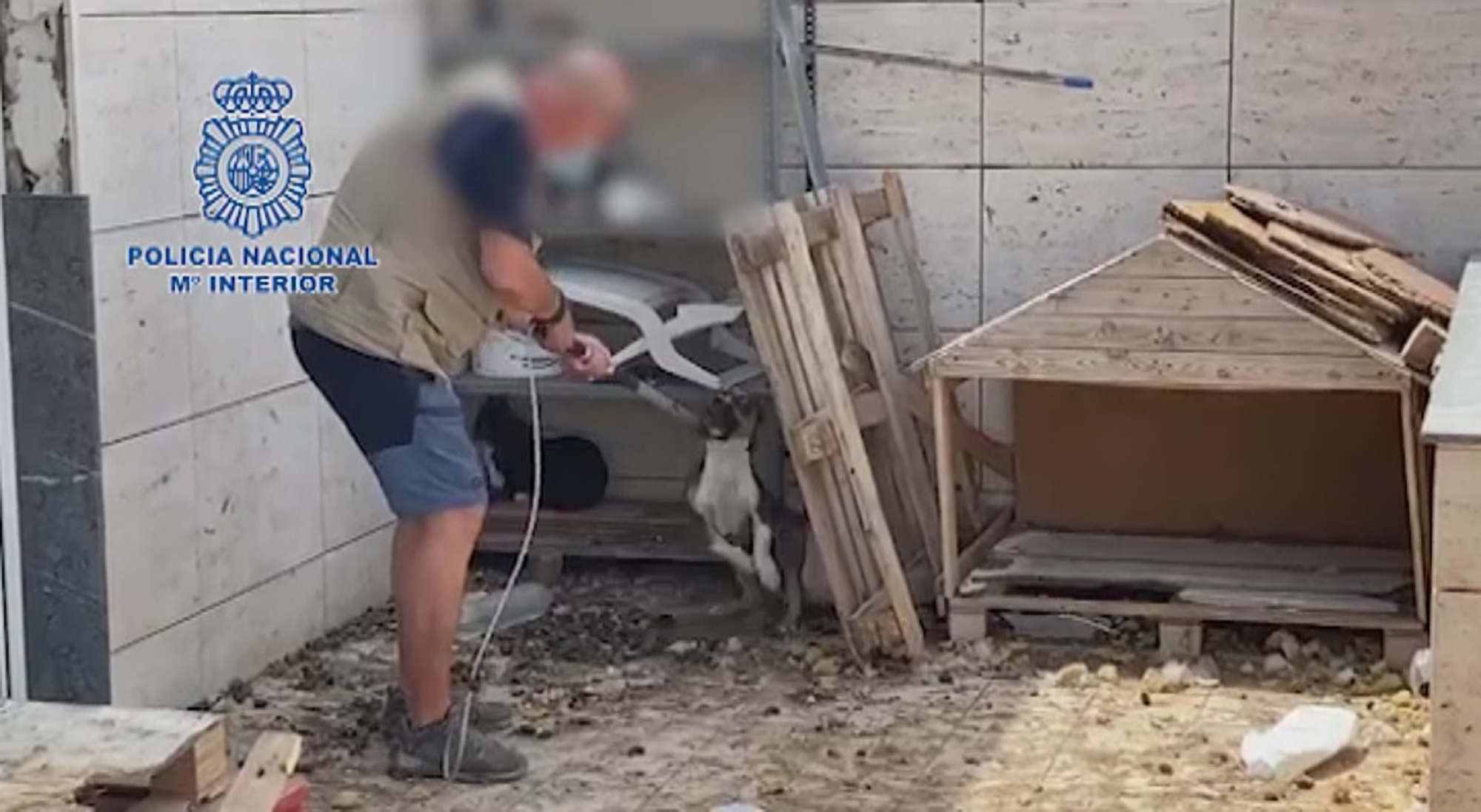 Police making a drug-related raid at an apartment in southeast Spain encountered a pack of starving dogs in unsightly conditions, as well as an injured dog that had apparently been thrown to the other animals to be eaten as food. Police in El Ejido said they arrested the unit’s dweller, a 23-year-old man only identified by the initials F.J.R.S, on charges earlier this month that include animal abuse and drug possession.

A police spokesman said that the injured animal was a mixed-breed German shepherd that could be seen in the video with an injury that left it unable to walk. Police said the dog only survived because it was rescued at the last minute by officers on the scene.

The National Police said in a new release that the investigation started after several complaints from the suspect’s neighbors, who said they believed he was selling drugs from his home, which they claimed also contained a hidden marijuana crop. Officers began watching people coming and going from the property, with visitors staying very briefly, and allegedly saw cannabis plants on the terrace.

They raided the property and managed to stop the six malnourished dogs from eating the pooch which had allegedly been thrown to them as food. The suspect reportedly saw the officers coming, and according to the press release, tried to escape by jumping from terrace to terrace dressed in only his underwear. Officers eventually managed to surround and arrest him.

The suspect is in custody awaiting trial, per an order from the Instructional Court of El Ejido. The National Police said that animal abuse in which the creature is injured but does not die is punishable with up to one year in prison in Spain. Information on the penalties associated with the drug charges he faces were not immediately available.

The dogs, meantime, were placed in the care of the SOS Adopta animal protection association.