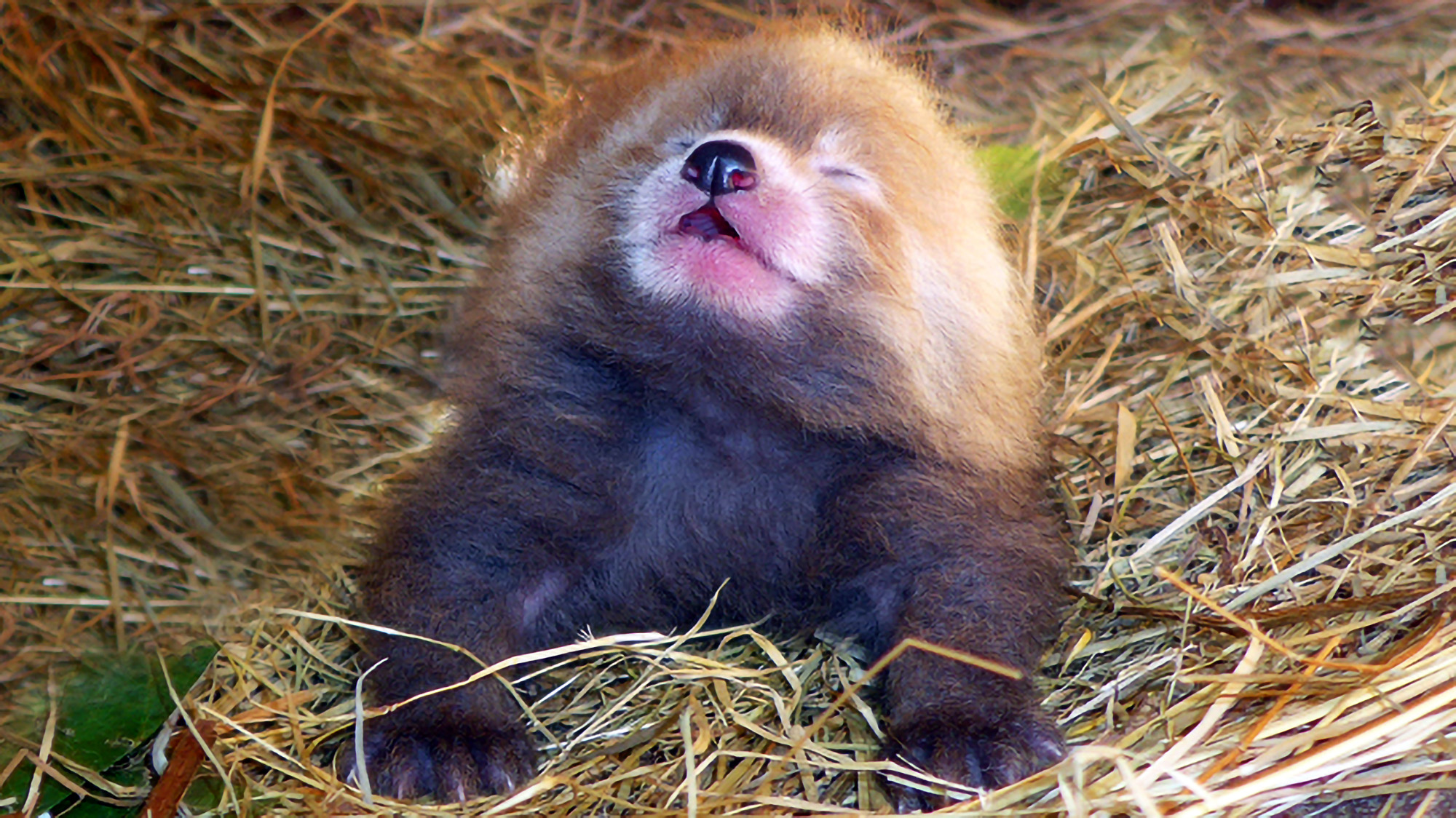 A baby red panda born in the Dutch safari park lifts his head up to the sun. (Safaripark Beekse Bergen/Newsflash)

A red panda cub, whose sex has not been released, was born at the Beekse Bergen safari park in Hilvarenbeek, The Netherlands. The park displays about 1,250 animals from over 150 species, varying from small mammals to large birds.

The International Union for Conservation of Nature categorizes the red panda as “endangered,” mainly because its natural habitat is being deforested; currently, only about 2,500 red pandas live in the wild. The animal — whose white face markings and bushy tail make it resemble a raccoon — is found in the wild in Nepal, China, Myanmar, India and Bhutan, the IUCN says.

Red pandas “have a taste for bamboo but, unlike their larger panda relatives, they eat many other foods as well—fruit, acorns, roots, and eggs. Like giant pandas, they have an extended wrist bone that functions almost like a thumb and greatly aids their grip. They are shy and solitary except when mating,” according to National Geographic’s profile of the animal.

That shyness includes after a red panda is born, said safari park spokesperson Kris Jansen. “The young are fragile in the initial period after birth, which is why we leave the mother, father and their child completely alone. We disturb them only when necessary, so we do not yet know the sex of the new family member,” she said.

It won’t be until sometime in the fall before visitors will be able see the as-yet-unnamed newborn, Jansen said. “Red pandas are real nest animals and the young stay there for a long time,” she said. “They only come out after about three months.”

This is not the first red panda to gain a measure of fame. Back in 2013, Rusty the red panda went AWOL for several hours from the Smithsonian National Zoo in Washington, D.C. According to news reports at the time, he was recaptured unhurt after being spotted about a mile away from the zoo.

«Previous Post
Chinese woman falls off scooter, gets head stuck in fence»Next Post
Greyhound survives being beaten, tossed in river in a sack in Spain