Greyhound survives being beaten, tossed in river in a sack in Spain

Some 60,000 Greyhounds a year are killed in Spain after hunters deem them no longer useful. 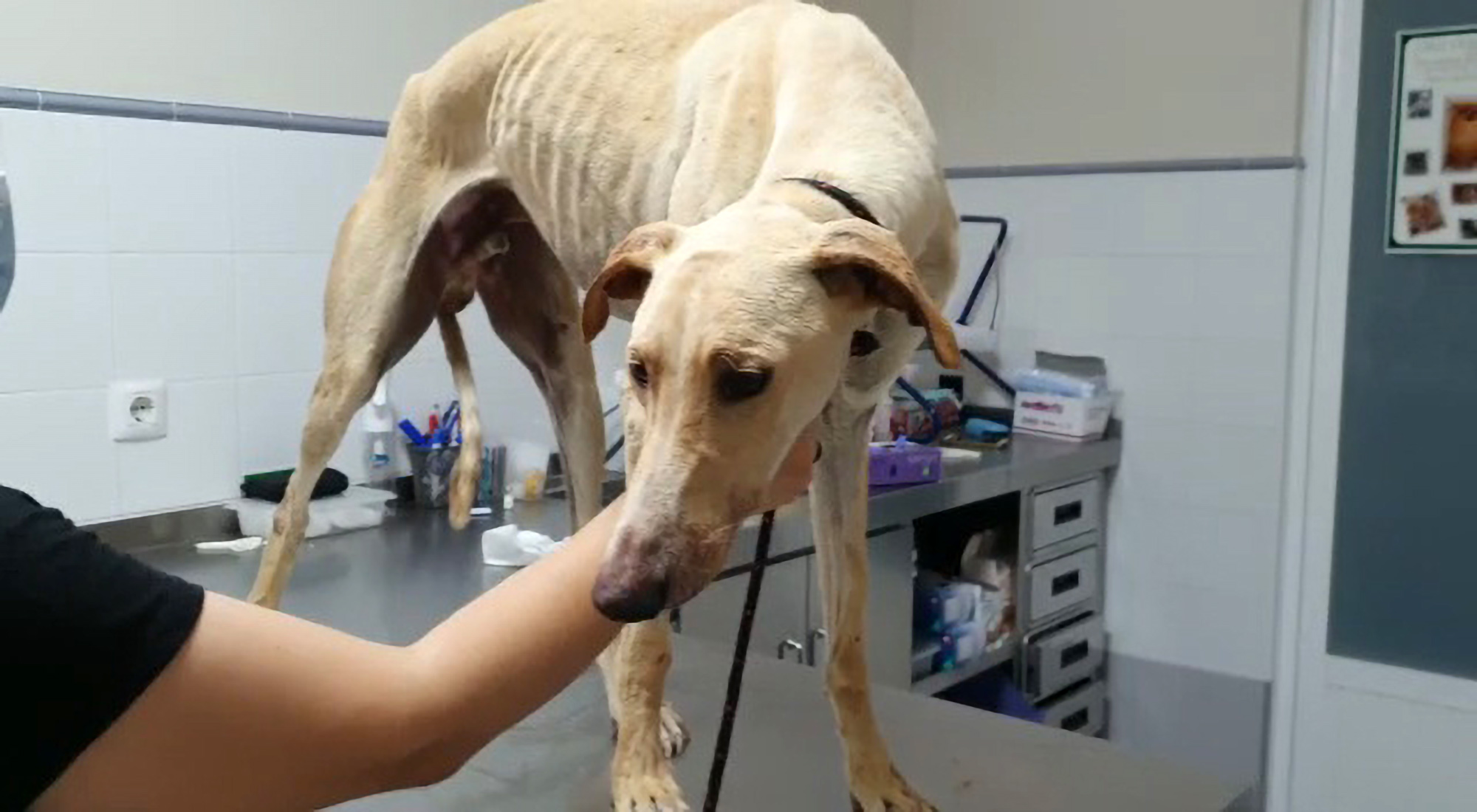 The only surviving dog being attended to by vets. (Newsflash)

One of three dogs that had been beaten and thrown into a river in a sack in Spain has survived after being found by two cyclists and rescued by an animal protection group.

The three dogs, all Spanish sighthounds, or greyhounds, (Galgo Espanol), were found by two bike riders in an area known as Gil Gomez de Arahal, in the province of Seville in the southern region of Andalusia, near the Guadaira River on June 30.

Olga Diana, president of the El Amparo del Sur animal protection association, drove there after the unnamed cyclists called her.

The riders, “saw there was a nose coming from one of them [the bags] and the bag was open and the dog ran away, but it came back by itself shortly after,” she said.

Volunteers from the association went to the scene and called police after they found the three dogs, which all had been microchipped and belonged to the same person, Diana said.

The three dogs had been beaten and placed inside sacks, which were then closed with a rope, the Spanish Civil Guard confirmed in a press statement. The dogs were then thrown into the river and only the survivor managed to get its nose out of the bag to breathe.

“In Spain there is a widespread hunting tradition that involves torturing and killing approximately 60,000 greyhounds (Galgos) a year,” SPCA International (Society for the Prevention of Cruelty to Animals) states on its website.

Video shows volunteers caring for the wounded dog while the sacks containing the other dogs are pulled from the river.

The bodies of the dogs can be seen packed into the sacks with visible wounds to their heads.

The Civil Guard confirmed that a 60-year-old man who lives in the town of Arahal is being investigated as the alleged perpetrator. The man’s name was not given.

The sighthound that survived was taken to the Moron de la Frontera veterinary clinic, where it was determined the dog had suffered a serious blow to the head, injuries to its legs and further injuries to its nose caused by an improvised muzzle.

The dog, named Gabi, was also infected with parasites.

The dog is recovering properly, Diana said, but “it is scared of men and avoids them.”

She is seeking to have the dog officially given to the association so the group can help find it a new family.

The killing of sighthounds “used to happen, especially in areas where hunting with Greyhounds is common, like in Andalusia and Castilla La Mancha,” said Javier Sanabria, coordinator of the political party PACMA, an animal rights party, in Seville.

He said it is done “for many reasons — they are getting old, they are useless because the animal does not have the skills they want, but not all greyhounds are hunters or have the skills for hunting.”