Chinese woman falls off scooter, gets head stuck in fence 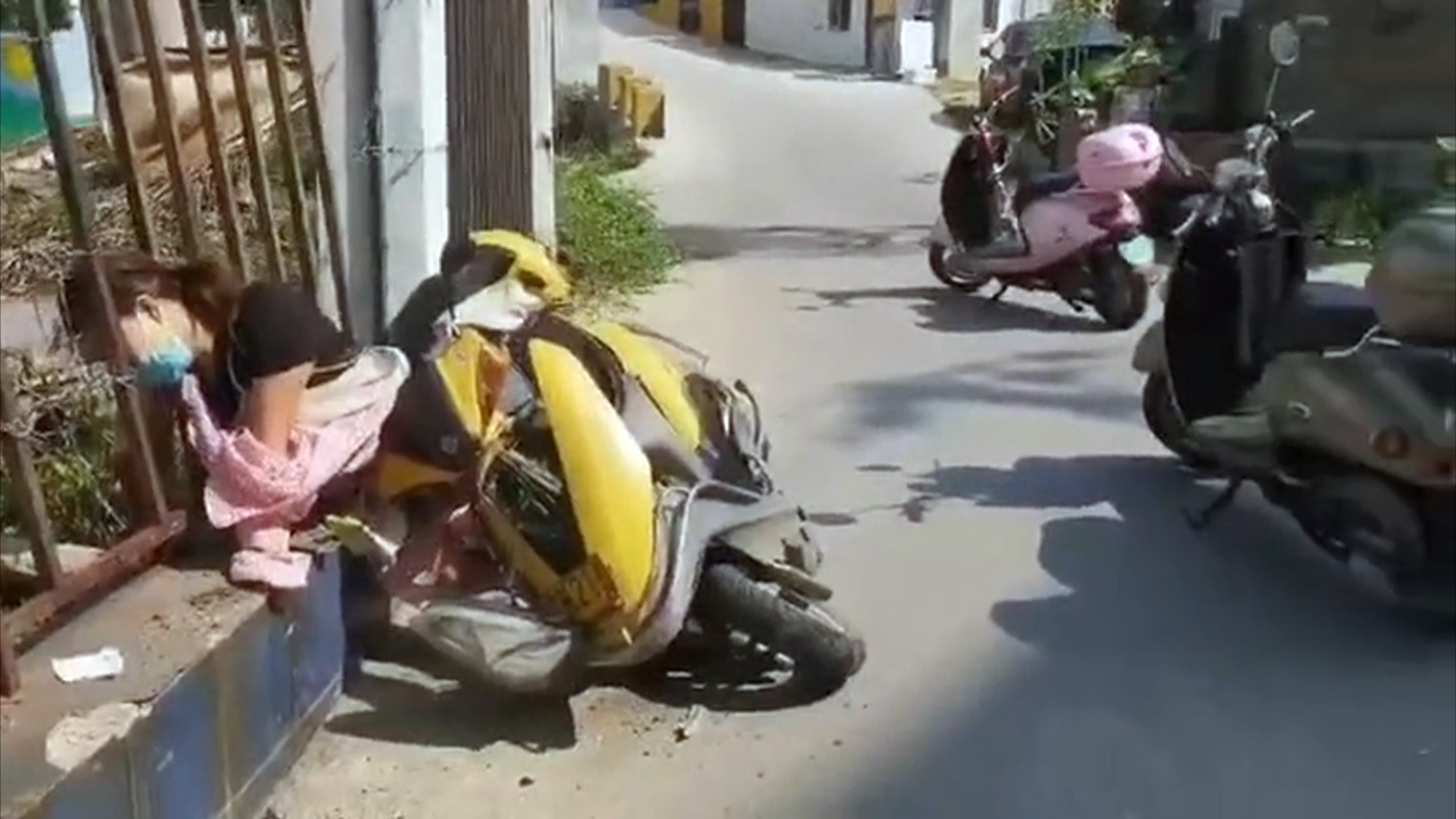 Lu with her head trapped in the fence. (Asiawire/Baise Police)

She was only identified as Lu, and her age was not released. Her motorcycle helmet flew off of her head during the mishap because she failed to fasten it properly, police said.

Her head became trapped in a gap in the metal face, and a piece of exposed metal wire cut her face. Images shared by local authorities showed Lu in distress as she asked witnesses to call the police.

The local fire department freed Lu and took her to a hospital for treatment. She suffered no life-threatening injuries, Baise police said.