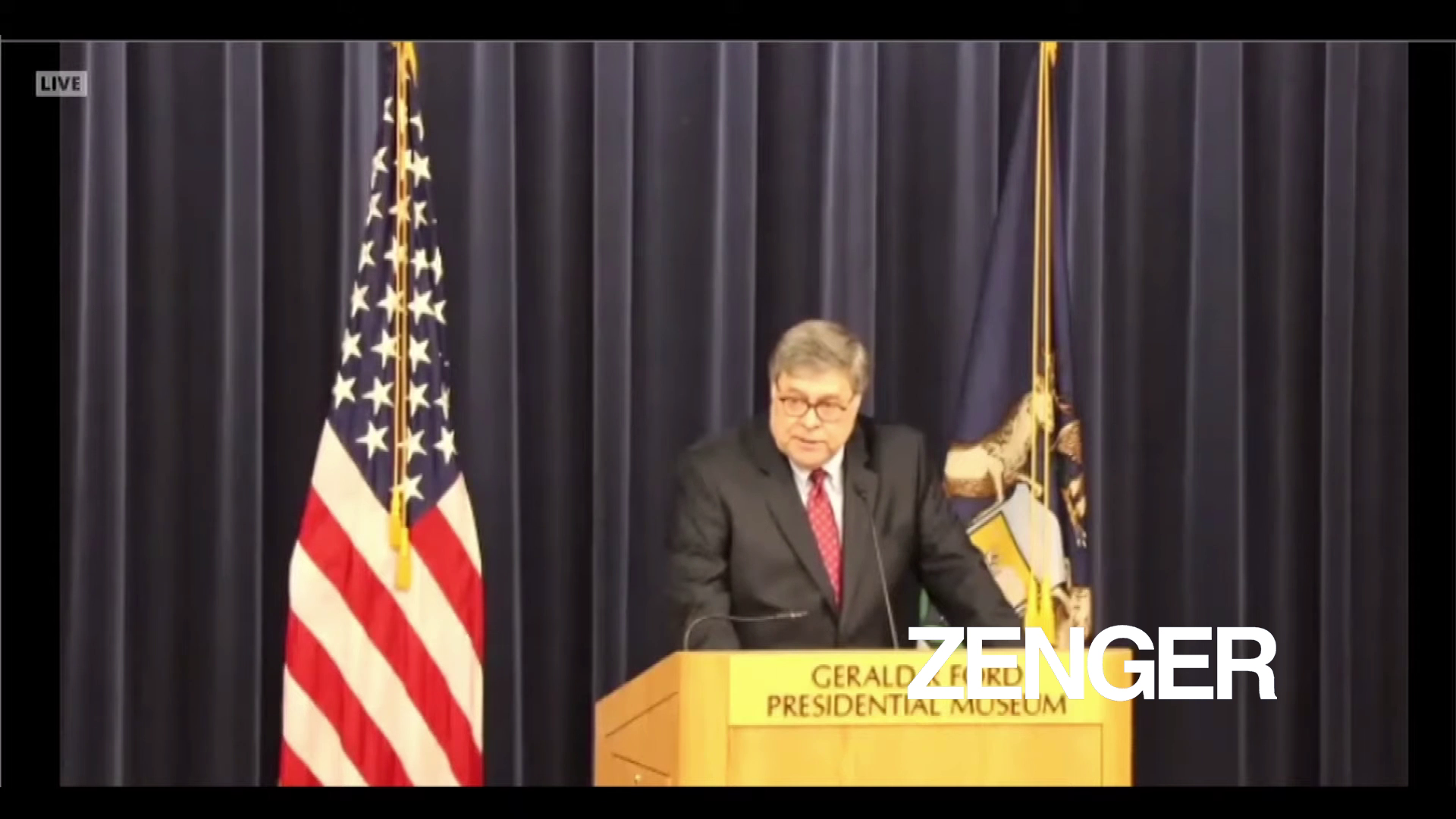 Doing business with China could potentially lead to a violation of the law because of Chinese efforts to “cultivate and coerce” them into promoting the Chinese Communist Party’s agenda, Barr said.

The Justice Department has seen an uptick in Chinese “officials and their proxies reaching out to corporate leaders and inveighing them to favor policies and actions favored by the Chinese Communist Party,” Barr said in a speech at the Gerald R. Ford Presidential Museum in Grand Rapids, Michigan on Thursday.

Barr suggested that Chinese government officials have pressured business leaders in the U.S. to support policies beneficial to China.

“America’s corporate leaders might not think of themselves as lobbyists. You might think, for example, that cultivating a mutually beneficial relationship is just part of the ‘guanxi’ — or system of influential social networking — necessary to do business with the [People’s Republic of China],” he said. “But you should be alert to how you might be used, and how your efforts on behalf of a foreign company or government could implicate the Foreign Agents Registration Act.”

Barr singled out several tech giants, including Google, Apple, Microsoft and Yahoo, “as all too willing to collaborate” with the Chinese Communist Party.

The Trump administration should be more concerned about enforcing its trade deal with China than “shifting emphasis to looking under beds or in corporate boardrooms for unregistered foreign agents and sympathizers with allegedly devious intent,” said Doug Barry, the director of communications for the U.S.-China Business Council

The 200 companies that comprise the U.S.-China Business Council are “very familiar” with the Foreign Agents Registration Act and “know where the red lines are.”

“The remarks seemed in part to be a warning for companies to keep their guard up and the potential consequences of failing to do so. Our members are committed to following the letter and spirit of the law. Many have done business in and with China for decades,” he said.

A wide range of activity could fall under the statute, said Tessa Capeloto, an attorney at Wiley Rein specializing on matters related to the Foreign Agents Registration Act.

“For example, covered activity under the statute is not limited to lobbying; it also includes, for example, public relations and image-making activities. It also covers activity for not only foreign governments/foreign political parties, but also private foreign corporations and private foreign persons. Nor does one need to get paid or even have a contract to trigger a registration requirement. In fact, acting at the request or under the direction or control of a foreign principal can be sufficient to satisfy agency under the statute,” Capeloto said.

China has tried to influence business leaders for decades, said Nicholas Eftimiades, a retired senior intelligence officer and author of the book “Chinese Intelligence Operations.” Eftimiades said lawmakers and congressional staffers told him in the 1990s that business leaders said they were being pressured to deliver messages on behalf of China.

This comes against the backdrop of the Justice Department cracking down on other Chinese influence efforts on college campuses and laboratories.

The Justice Department launched the China Initiative in 2018 in response to China’s economic espionage. The initiative has largely netted the arrests of a number of scientists who allegedly accepted and did not disclose funding from China. China has sought to recruit scientists, academics and entrepreneurs to bring their research to China through its Thousand Talents program.

The Foreign Agents Registration Act requires lobbyists and other to disclose the work they do on behalf of a foreign interest to the Justice Department. In March 2019, John Demers, the head of the Justice Department’s national security division, announced prosecutors would pursue more cases of illegal foreign influence operations.