Fighting over disputed territory at the border dates to 1988. 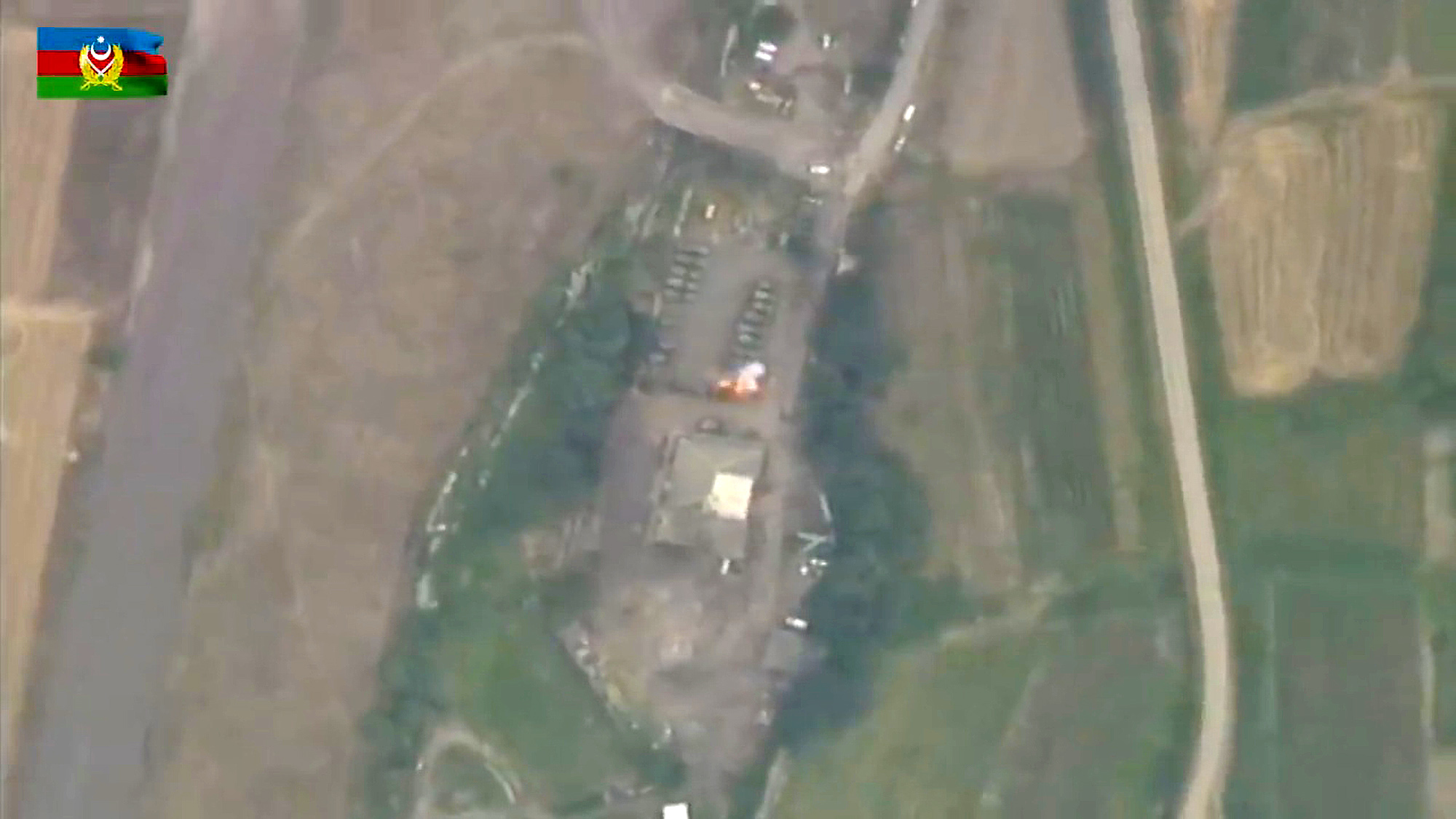 A video released by the government of Azerbaijan shows a compound, moments after an explosion hits it. (CEN/Ministry of Defense of the Republic of Azerbaijan)

Videos of fighting at the border between Armenia and Azerbaijan over the disputed territory of Nagorno-Karabakh Autonomous Oblast (district) have been posted on YouTube by defense ministries of both countries.

The fierce fighting in the district in west Azerbaijan, which is mostly inhabited by ethnic Armenians, continued for a third day on July 14.

Both sides have laid claim to the territory, which borders eastern Armenia. It is internationally recognized as Azerbaijani territory.

Neither side is backing down, resulting in frequent clashes.

The three videos posted on social media and local media show multiple attacks with ordinance ripping into military vehicles and sending objects flying high into the air after the explosions.

The Ministry of Defense of Armenia published video of a shelling of what it described as a position of the armed forces of Azerbaijan. The video appeared on the department’s YouTube channel.

The attack was carried out on a post at the border settlements around the Tavush village.

The Ministry of Defense of Azerbaijan released footage of an attack on Armenian strongholds. It is reported that during the operation several military facilities and enemy equipment were destroyed.

Officials from both countries are accusing each other of provocation resulting in the violent clash. The two countries have been in conflict since 1988. Since the Nagorno-Karabakh Autonomous Region announced its withdrawal from Soviet Azerbaijan, negotiations have been going on since 1992, with Russia’s participation.

The situation escalated in 2016, when civilians were allegedly shelled. The Ministry of Foreign Affairs of the unrecognized Nagorno-Karabakh Republic said that Azerbaijani artillery fired at peaceful settlements, as a result of which a 12-year-old child died in the city of Martuni.

An informal meeting was held in January 2019, in Davos, Switzerland, between the Prime Minister of Armenia, Nikol Pashinyan, and the President of Azerbaijan, Ilham Aliyev. Conflict settlement was discussed, but no accord was reached.

Other countries have also been known to post video of military skirmishes online.