San Diego police released footage in the past week of that and two other police shootings. 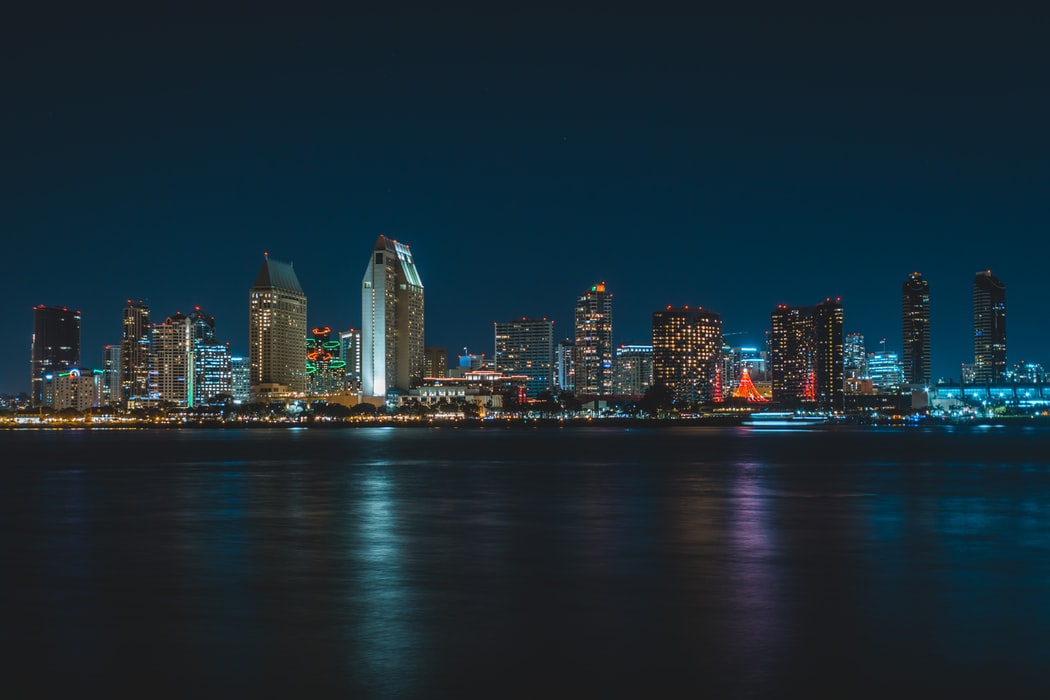 A man who pointed a gun at police officers after repeated orders for him to move away from the weapon was shot and killed by officers in the City Heights section of San Diego, Calif., on the afternoon of July 9. He has been identified as Richard Lewis Price, 49.

Police later determined that Price’s weapon was an airsoft gun, according to the San Diego Police Department. Airsoft guns are designed to look like real weapons and are typically loaded with pellets for recreational games, similar to paintball.

The incident began after police received a 911 call about a man with a gun who was reported to have confronted two women in a car, the department said in a press release.

“He worked the slide of the gun as if he were loading it and pointed it at them. The women drove off and called the police,” according to the press release.

After police arrived, they saw that the man had a gun, so they took covered positions to give him directions.

“At one point, the man raised his hands and the gun fell to the ground,” the news release said.

“The crucial incident happened when the man was ordered by officers to move away from the gun, but refused, and picked up the gun. He began to point it at officers, prompting several officers to open fire,” the department’s Lt. Matt Dobbs said in a news release.

During the time when police repeatedly tried to get the man to comply with orders, a K-9 unit was on its way. Before the backup arrived, however, the man picked up the gun and pointed it at officers. At that point, several officers fired their weapons, according to Dobbs.

“The male was struck at least one time and fell to the ground still in direct possession of the weapon,” he said.

Officers gave the man CPR but he was later pronounced dead after attempts by paramedics to save him were unsuccessful.

The department released video from an officer-worn camera July 10 that shows footage of the incident.

Police shootings and police tactics, particularly in incidents involving black Americans, have been the subject of protests across U.S. cities and around the world since the May 25 death of George Floyd in Minneapolis at the hands of a police officer. The Black Lives Matter movement has demanded defunding or dismantling police departments

“No other injuries were reported,” the press release states. “A total of seven officers fired their weapons. None of the officers is being identified, but all were assigned to the Mid-City Division and have been placed on administrative duty.”

The incident is under investigation by the San Diego County District Attorney’s Office, the police department’s Internal Affairs Unit and Shooting Review Board and the Community Review Board on Police Practices.

The shooting comes less than a week after San Diego police shot a 25-year-old man who slipped out of his handcuffs and grabbed an officer’s back-up gun.

The suspect, identified as Keith Bergman, had been arrested earlier on July 5 after an incident at a local hotel at around 6:20 p.m., according to local channel KGTV.

After his arrest, Bergman was taken to police headquarters where he managed to slip one hand out of his cuffs while inside the police SUV.

Bergman then broke the divider between the prisoner seat and the trunk area inside the vehicle and found an officer’s backpack with a reserve firearm, according to reports.

Officers drew their guns and told Bergman to drop the weapon. He refused and fired at least one shot from the back of the SUV, police said.

In response, an officer fired at least one round at Bergman, hitting him in the torso. Bergman then managed to open the SUV door and tried to open the trunk while ignoring the officers’ pleas to stop.

“Under California law, peace officers may use deadly force to protect themselves from the threat of death or great bodily harm and to use reasonable force in making an arrest,” the city of San Diego government website states.

In the multi-angle footage in a video released of the shooting, which includes sound after the two-minute mark, several San Diego officers are seen drawing their weapons and calling on Bergman to show his hands after realizing he had slipped out of the cuffs.

One officer then says, “He has a gun,” and the officers back off.

In the next scenes, several gunshots are heard and Bergman gets out of the SUV and calmly walks to the trunk. Blood is visible on his body.

Holding a bloody wound on his right side, Bergman then attempts to open the driver’s door and several shots are fired at the windscreen, apparently in an effort to keep him away.

Bergman falls to the ground and officers then release a K-9 dog toward him. Officers provided first aid before taking Bergman to a hospital.

The three officers involved in the incident have been identified by the department as Paul Yi, Michael Rodriguez and Timothy Arreola.

The incident is under investigation by the police department’s Homicide Unit, the Internal Affairs Unit and the Shooting Review Board.

In another officer-involved shooting in May, shown on recently released video, an armed homicide suspect was shot and killed at his home.

The police body-cam video released this week on Facebook by the police is of the shooting of 32-year-old Ronnie Kong, also in the City Heights area of the city, on May 29.

He was wanted in connection with the death of Juan Gudino Lopez, 62, who was killed earlier the same day.

In the body-cam footage, which displays May 30 for unknown reasons, a team of officers is seen taking a position on a garden path leading to the back of the suspect’s property. The officers then point their weapons at Kong, who is standing out of view at the top of the stairs.

“Walk down the stairs and you won’t be hurt. Nobody wants to hurt you,” a police officer shouts.

Officers also warn Kong that if he doesn’t follow their instructions, he could end up being shot or attacked by the police dog.

All of a sudden, officers open fire at Kong.  It is unclear in the video footage what, if anything, Kong did at that point. But an police spokesperson said “SWAT members positioned in nearby buildings could see Kong coming down the stairs and pointing his gun towards the police officers.”

Kong was taken to a local hospital, where he died.

Images released by the department show a gun and a knife lying on the stairs where Kong had been shot.

There will be an internal investigation of the incident, the department stated.

Between 1993 and 2017, some 451 people were involved in violent confrontations with police in San Diego County, an average of about 18 per year, according to a study by the San Diego County District Attorney’s Office.

Lee Bullen and Marija Stojkoska contributed to this report.

«Previous Post
An assist of another kind by Shaq»Next Post
Brawl at the Brooklyn Bridge: March takes a bloody turn