Weiss resigned after three years over what she said was “constant bullying.” 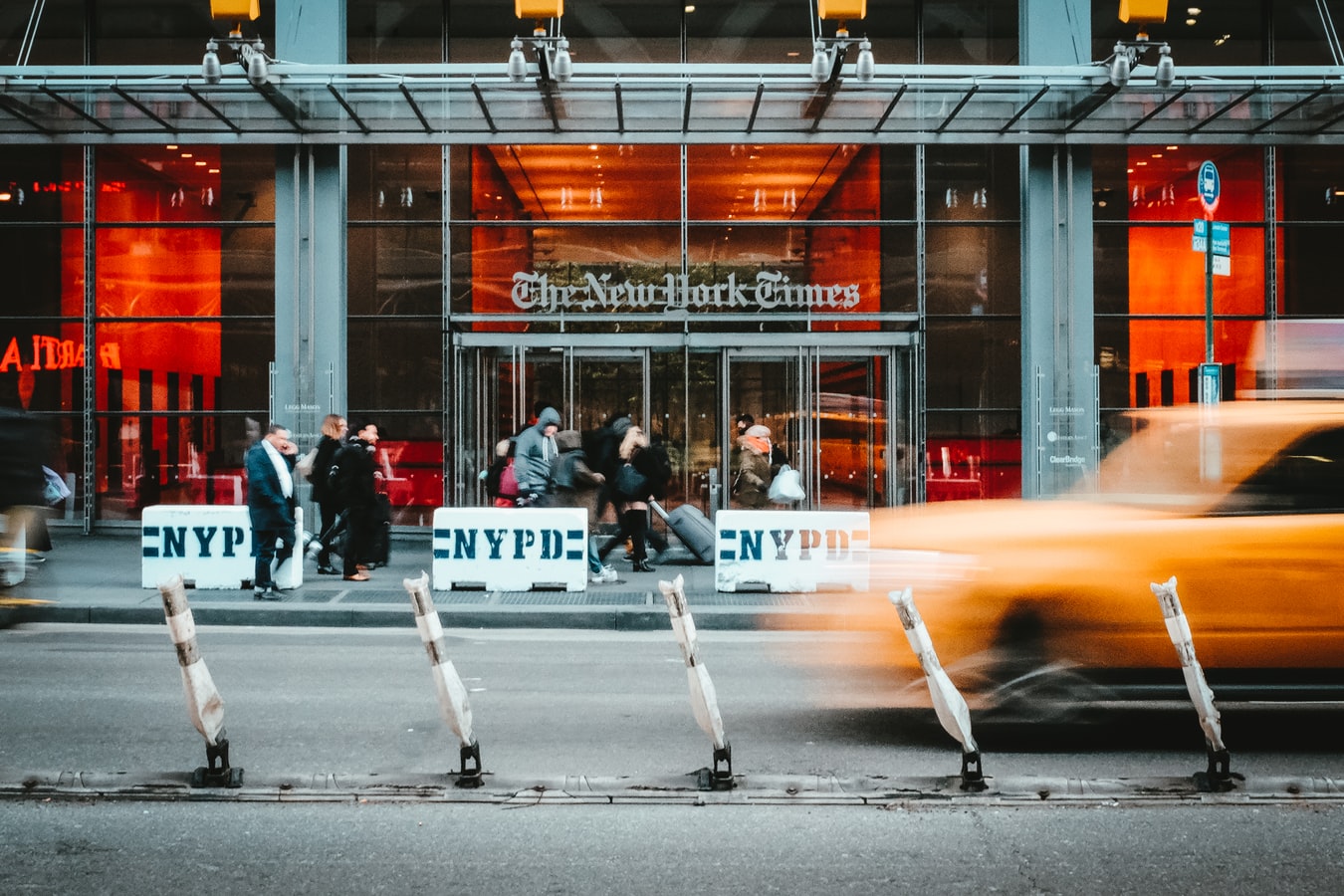 A view of the New York Times building in Manhattan, NY. (Stephan Valentin/Unsplash)

Bari Weiss and Bret Stephens left the Wall Street Journal editorial page together in 2017. The longtime friends joined the New York Times opinion section together shortly thereafter. Now, Weiss has sent a dramatic public resignation letter to the New York Times’ publisher that touched off headlines across the country —  thus prompting the question: Will Stephens be next?

Several other friends of Stephens expect him to survive as a columnist for the New York Times, at least for now. Weiss, contacted by email and Twitter, was unavailable for comment.

“I assume he’ll stay at the paper. I assume if he was thinking of leaving then he would have spoken his mind about Bari Weiss,” said Morton Klein, president of the Zionist Organization of America.

“I was disappointed to see him refuse to comment. He should have commented and expressed concern, but he didn’t,” said Klein, who described Stephens as a “good friend.”

Thane Rosenbaum, a close friend of Stephens, said he didn’t want to speculate about the columnist’s future at the newspaper, but said he has “no doubt Bret would like to see it work at the New York Times.”

“It’s still the best perch for a columnist to have,” Rosenbaum said, arguing that the New York Times has more to lose if Stephens walks because he is a Pulitzer Prize winner.

“[Weiss] is not a Pulitzer Prize winner and she’s not a regular columnist. She would have been in need of a protector more so than Bret,” he said. “They had a protector in James Bennet, the person who recruited them.”

Bennet resigned as editorial page editor in June after the newspaper published a controversial piece from Republican Sen. Tom Cotton of Arkansas.

Weiss and Stephens left the Wall Street Journal in mid-2017 to join the New York Times opinion section in what then-editor Bennet described as a way to showcase the “many shades of conservatism and many shades of liberalism.”

“Given the heat that the Times is taking right now, I assume they would be pretty unhappy if he left,” media critic Dan Kennedy said in an email.

“Didn’t we learn from this past election that our goal should be to understand different views?” Baquet told CNN in April 2017, months after President Trump was inaugurated.

Weiss, an opinion writer and editor at the newspaper, announced her departure in a scathing resignation letter she shared on her personal website Tuesday. Weiss criticized the newspaper for bowing to the demands of critics on Twitter and for not defending her when she said she was “bullied” by colleagues.

“My own forays into Wrongthink have made me the subject of constant bullying by colleagues who disagree with my views,” she wrote to New York Times publisher A.G. Sulzberger.

“They have called me a Nazi and a racist; I have learned to brush off comments about how I’m ‘writing about the Jews again.’ Several colleagues perceived to be friendly with me were badgered by coworkers. My work and my character are openly demeaned on company-wide Slack channels where masthead editors regularly weigh in. There, some coworkers insist I need to be rooted out if this company is to be a truly ‘inclusive’ one, while others post ax emojis next to my name. Still other New York Times employees publicly smear me as a liar and a bigot on Twitter with no fear that harassing me will be met with appropriate action. They never are.

“There are terms for all of this: unlawful discrimination, hostile work environment, and constructive discharge. I’m no legal expert. But I know that this is wrong,” she wrote.

Weiss claimed editors and writers shy away from pitching and publishing controversial opinion pieces if it does “not explicitly promote progressive causes.”

In wake of her resignation, the Zionist Organization of America said Wednesday it was creating a hotline for journalists at the New York Times or other news outlets who experience “antisemitism, anti-Israel bigotry, bullying, or harassment.”

New York Times spokeswoman Eileen Murphy said in a statement that the publication is “committed to fostering an environment of honest, searching and empathetic dialogue between colleagues, one where mutual respect is required of all.”

Acting editorial page editor Kathleen Kingsbury said in a separate statement that she was “personally committed to ensuring” the newspaper publishes viewpoints from across the political spectrum.

In her three years at the paper, Weiss, who describes herself as a centrist, criticized “cancel culture,” praised “cultural appropriation” and questioned social justice movements.

“Nowadays, standing up for principle at the paper does not win plaudits. It puts a target on your back,” Weiss wrote in her resignation letter. “Too wise to post on Slack, they write to me privately about the ‘new McCarthyism’ that has taken root at the paper of record.”