Lifeguards helped lift the woman up the ravine face on a stretcher.
By Lee Bullen July 16, 2020
Facebook
Twitter
Linkedin
Email 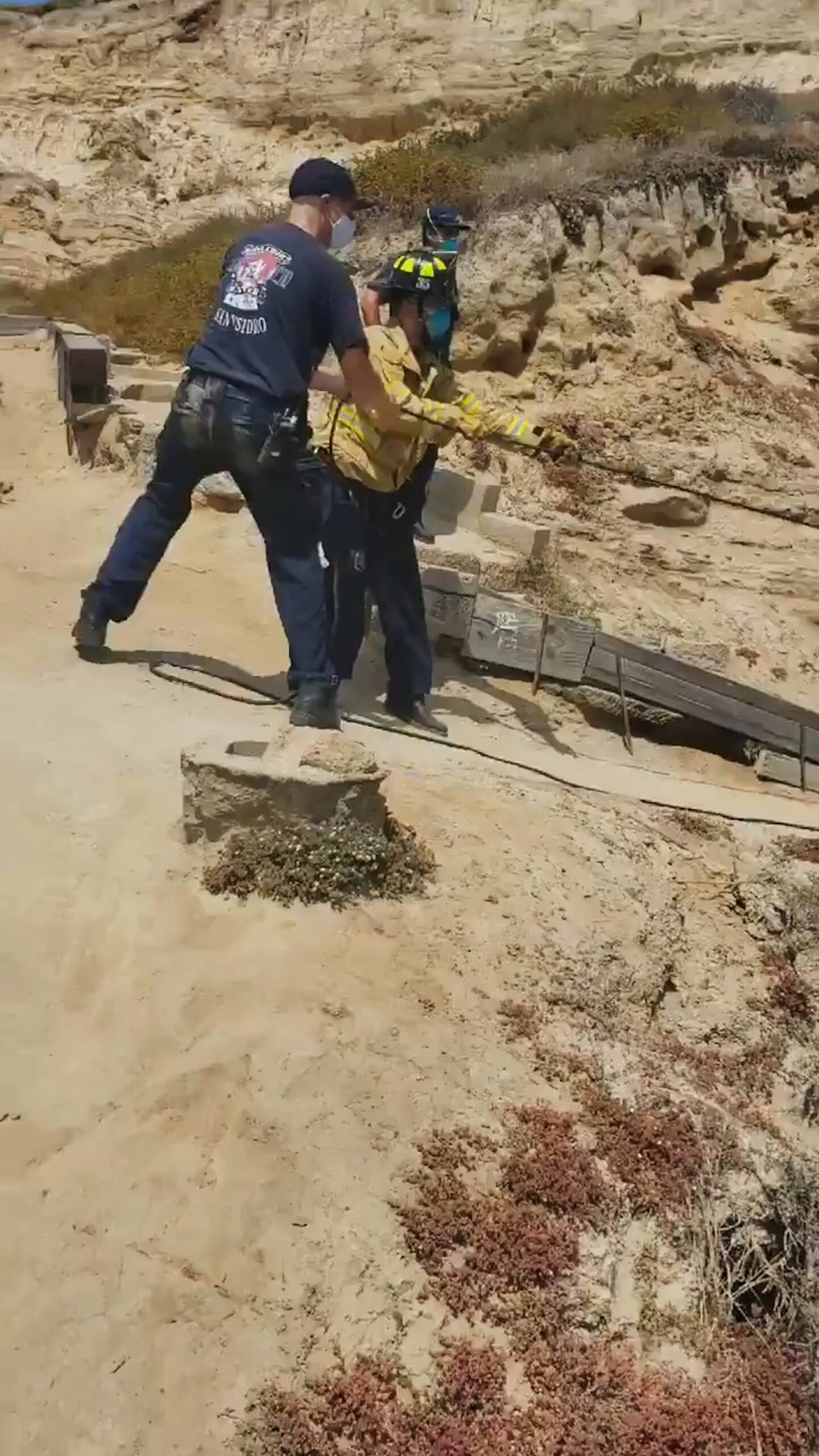 San Diego firefighters and lifeguards lift a female paraglider in a stretcher up the face of a ravine after she lost lift and tumbled from the skies. (Newsflash)

A 27-year-old paraglider was rescued after she lost lift and fell into a ravine near a beach in La Jolla, California.

The woman, who was not named, was taken to a hospital for evaluation. There has been no report on her condition.

Firefighters and lifeguards from San Diego lifted the woman on a stretcher up the face of the ravine next to the popular Citizens Trail at Black’s Beach in La Jolla around 2 p.m. local time, San Diego lifeguard Andy Lerum said.

The woman had taken off from the nearby Torrey Pines Gliderport with a group of paragliders, Lerum said.

“She lost her lift, came tumbling down and injured herself on impact,” he said.

Video shows firefighters and lifeguards lifting the woman up the ravine while she is secured on a stretcher.

“SDLifeguards and SDFD rescue a downed female paraglider with injuries at Blacks Beach. #OneTeam,” the San Diego Fire Department said on a message accompanying the video.