The two French bulldogs and a cat ‘looked as if they hadn’t had food for weeks,’ an animal charity spokeswoman said. 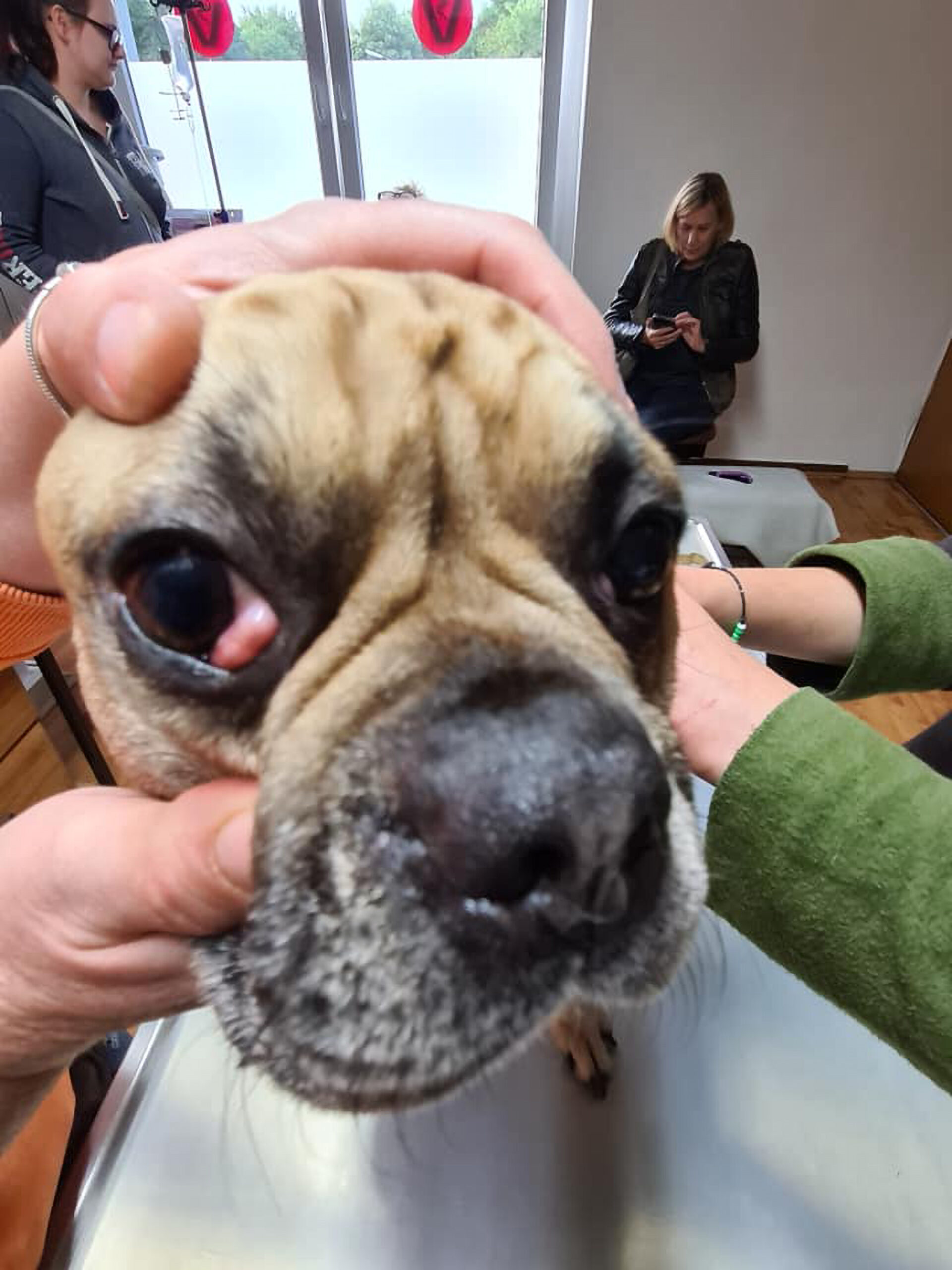 One of the French bulldogs that were saved from an apartment in Dortmund. (Newsflash)

Two abandoned dogs and a cat that apparently survived by drinking water from the toilet in a German apartment were discovered and rescued after a terrible smell from the apartment prompted neighbors to contact an animal charity.

The charity, Arme Socken (Poor Socks), notified police in the city of Dortmund in the western North Rhine-Westphalia region.

“We contacted the police after getting a call from the neighbors and confirmed that there was a terrible smell coming from the flat. You would only know that there were dogs inside because you could hear them grunting through the open windows,” said Arme Socken spokesperson Veronica Bugenholz.

After police broke into the apartment, they reported finding two emaciated French bulldogs and one emaciated cat. “There were no food bowls or water bowls anywhere,” police spokesman Peter Bandermann said in a statement to the media.

“They were in a terrible condition; it looked as if they hadn’t had any food for weeks. We suspect they were drinking water from the toilet bowl because there was no food inside and no water,” Bugenholz said.

“The poor animals were so desperate to survive that the dogs had tried to rip through the door, which showed signs of damage, and is probably where one of them managed to have its claws torn off, it was so desperate to get out.

“The neighbors said that the young couple, who were jobless, rather than clearing the flat up, decided to leave and simply move out to live with relatives, leaving the dogs and the cat behind.

“We have taken them to a private house now where they are being cared for. But we cannot put them up for adoption yet because we have to make a court application to take them away from the current owners so they can be put with new owners. In the meantime, they are getting medication and treatment,” Bugenholz said.

Police have filed a complaint against the owners for violating animal protection laws.