Tribes can’t punish violent felonies with more than 3 years in prison, while state can’t prosecute tribal members at all. 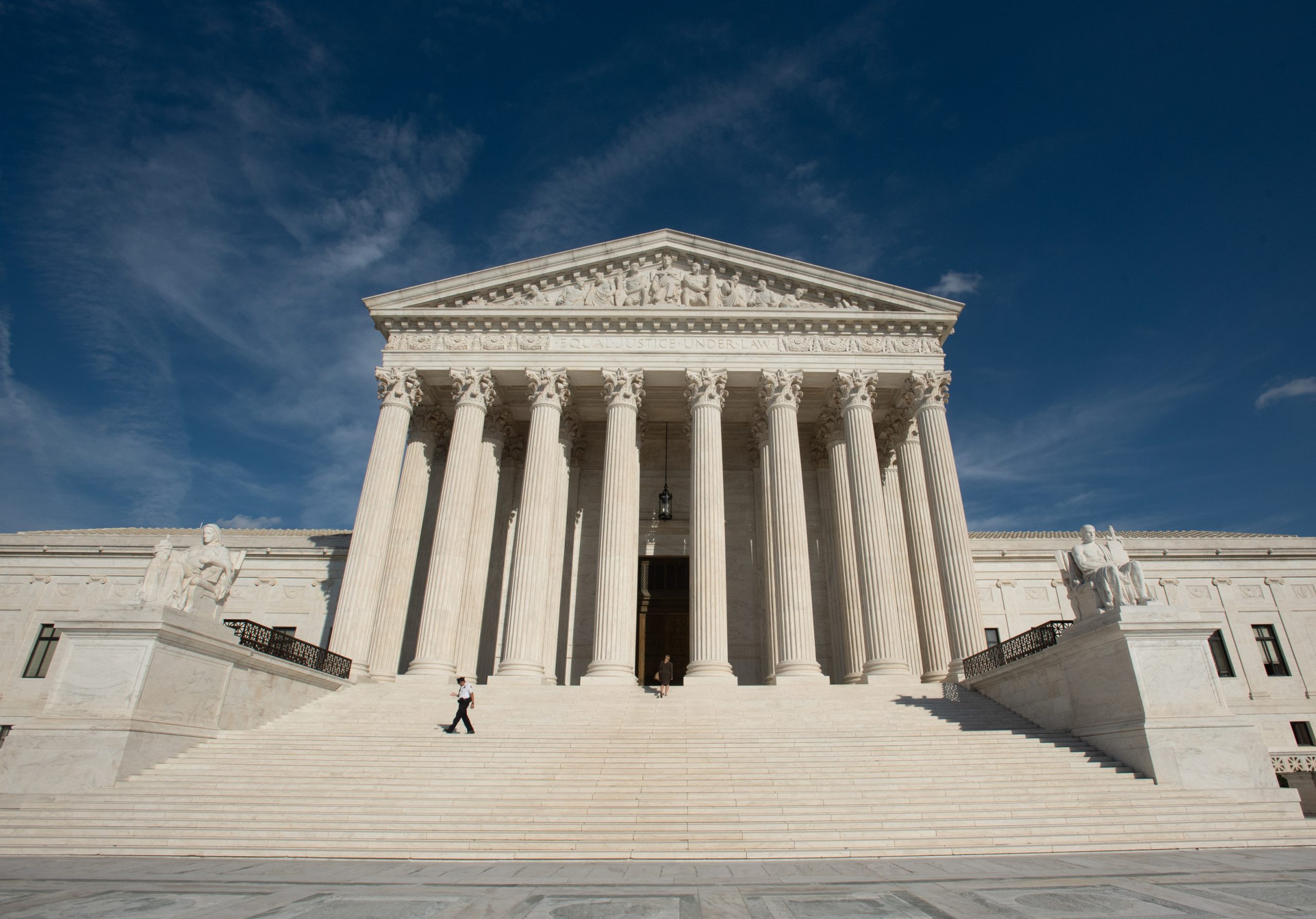 The exterior of the Supreme Court in Washington, D.C. is pictured on January 20, 2020. (Zach D Roberts/Zenger)

In the wake of the U.S. Supreme Court decision that declared much of eastern Oklahoma part of the Creek Indian reservation, Oklahoma state and federal officials are debating their next steps.

The ruling could create a wave of Native Americans trying to overturn their convictions if they were prosecuted by the state. Chief Justice John Roberts wrote in his dissent that the decision “will undermine numerous convictions obtained by the State, as well as the State’s abil­ity to prosecute serious crimes committed in the future.”

The options state and federal officials are considering include potential legislation or some agreement between the tribe and law enforcement agencies to ensure public safety.

“This is a federal issue, it’s something that the Congress needs to address to put some parameters and see exactly how we’re supposed to deal with this,” Gov. Kevin Stitt said Thursday in a news conference.

U.S. Sen. James Lankford indicated the state and five tribes within Oklahoma were working with the federal delegation on legislation. Lankford, Stitt and U.S. Sen. Jim Inhofe’s offices did not respond to requests for comment for more specifics.

The tribe said it would continue to work with law enforcement agencies on public safety matters.

In the 5-4 decision, the court ruled the reservation was not disestablished when Oklahoma, which comes from the Choctaw words for “Red People,” became a state in 1907.

The case before the court, McGirt v. Oklahoma, debated whether the state had jurisdiction to prosecute Jimmy McGirt, a member of the Seminole Nation of Oklahoma, in 1997 for raping a child on Creek land.

The court sided with McGirt, ruling that the state lacked jurisdiction to prosecute because the tribe had sovereignty even after Oklahoma became a state and that sovereignty has not been terminated by Congress.

“On the far end of the Trail of Tears was a promise. Forced to leave their ancestral lands in Georgia and Alabama, the Creek Nation received assurances that their new lands in the West would be secure forever. In exchange for ceding ‘all their land, East of the Mississippi river,’ the U.S. government agreed by treaty that ‘[t]he Creek country west of the Mississippi shall be solemnly guarantied to the Creek Indians,'” Justice Neil Gorsuch wrote in the majority opinion.

“The federal government promised the Creek a reservation in perpetuity. Over time, Congress has diminished that reservation. It has sometimes restricted and other times expanded the Tribe’s authority. But Congress has never withdrawn the promised reservation,” wrote Gorsuch, who was joined by the court’s four liberal justices.

“As a result, many of the arguments before us today follow a sadly familiar pattern. Yes, promises were made, but the price of keeping them has become too great, so now we should just cast a blind eye. We reject that thinking. If Congress wishes to withdraw its promises, it must say so. Unlawful acts, performed long enough and with sufficient vigor, are never enough to amend the law. To hold otherwise would be to elevate the most brazen and longstanding injustices over the law, both rewarding wrong and failing those in the right,” Gorsuch concluded.

The U.S. Supreme Court held that federal jurisdiction still applies under the Major Crimes Act of 1885, which gives federal authorities the power to prosecute Native Americans. “Major felonies involving an Indian, whether as victim or accused, are matters for federal prosecution,” according to the Justice Department.

“Text of the opinion itself is very specific to criminal jurisdiction and criminal jurisdiction under the Major Crimes Act. It only applies to Indians committing major crimes as defined by this act within the boundaries of the reservation,” Aila Hoss, an assistant professor at the University of Tulsa College of Law, told Zenger News.

“A lot of folks will be under the working assumption that this applies to criminal jurisdiction in general, even if it’s not a major crime under the Major Crimes Act,” she said. “That could be up for debate and up for litigation.”

It’s also unclear whether tribes would seek to exercise jurisdiction over civil cases, including those involving non-Indians on tribal land, Hoss said. Two exceptions, she said, could be if a non-Indian has a contract or business dealing with the tribe or the non-Indian’s conduct “threatens the political integrity, economic security, or health and welfare of the tribe.”

“If they do, it would probably get litigated,” she said. “In general, tribes have very little authority over non-members on privately owned land, even if it’s within the boundaries of the reservation.”

Non-Indians accused of committing crimes, no matter the severity, on reservation land would still fall under the jurisdiction of the state or federal government.

“When you think of reservation land, there’s going to be some sort of outer boundary and then within the reservation, it could be different forms of ownership,” including non-Indian homeowners, Hoss said.

James Meggesto, a partner at Holland & Knight law firm in Washington, D.C., said he’s unaware of any similar controversy working its way up the courts.

It could also create a wave of Native Americans trying to overturn their convictions if they were prosecuted by the state. In his dissent, Chief Justice John Roberts wrote the decision “will undermine numerous convictions obtained by the State, as well as the State’s abil­ity to prosecute serious crimes committed in the future.”

In a fact sheet, the Creek said the decision does not mean any person who has been convicted by the state would automatically be released. The person would have to contest their conviction to the state, which could lead to a retrial, according to lawyers.

M. Todd Henderson, a law professor at the University of Chicago, said tribes are limited by federal law in how harshly they can punish their own people. In 2010, President Barack Obama signed into law the Tribal Law and Order Act, increasing tribal courts’ sentencing authority from one year to three years’ imprisonment.

“Tribes have been hamstrung in their ability to punish their own people,” Henderson told Zenger, adding that if McGirt were punished by a tribal court in 1997 for raping a 4-year-old child, the maximum sentence he could have received was one year in prison, though his crime would have given federal courts jurisdiction under the Major Crimes Act.

A state court had sentenced McGirt to life in prison. Even though the U.S. Supreme Court ruled in his favor, the federal court system is likely to take up the case, which opens McGirt to receiving a harsher punishment.

The federal court system had previously broadened the tribes’ definition of citizenship. A U.S. District Court judge ruled in August 2017 that descendants of black slaves of the Cherokee who were taken on the “Trail of Tears” had the legal right to join the tribe. The tribe contested their admission for decades in court.