The 18-inch pups could grow to more than 8 feet long. 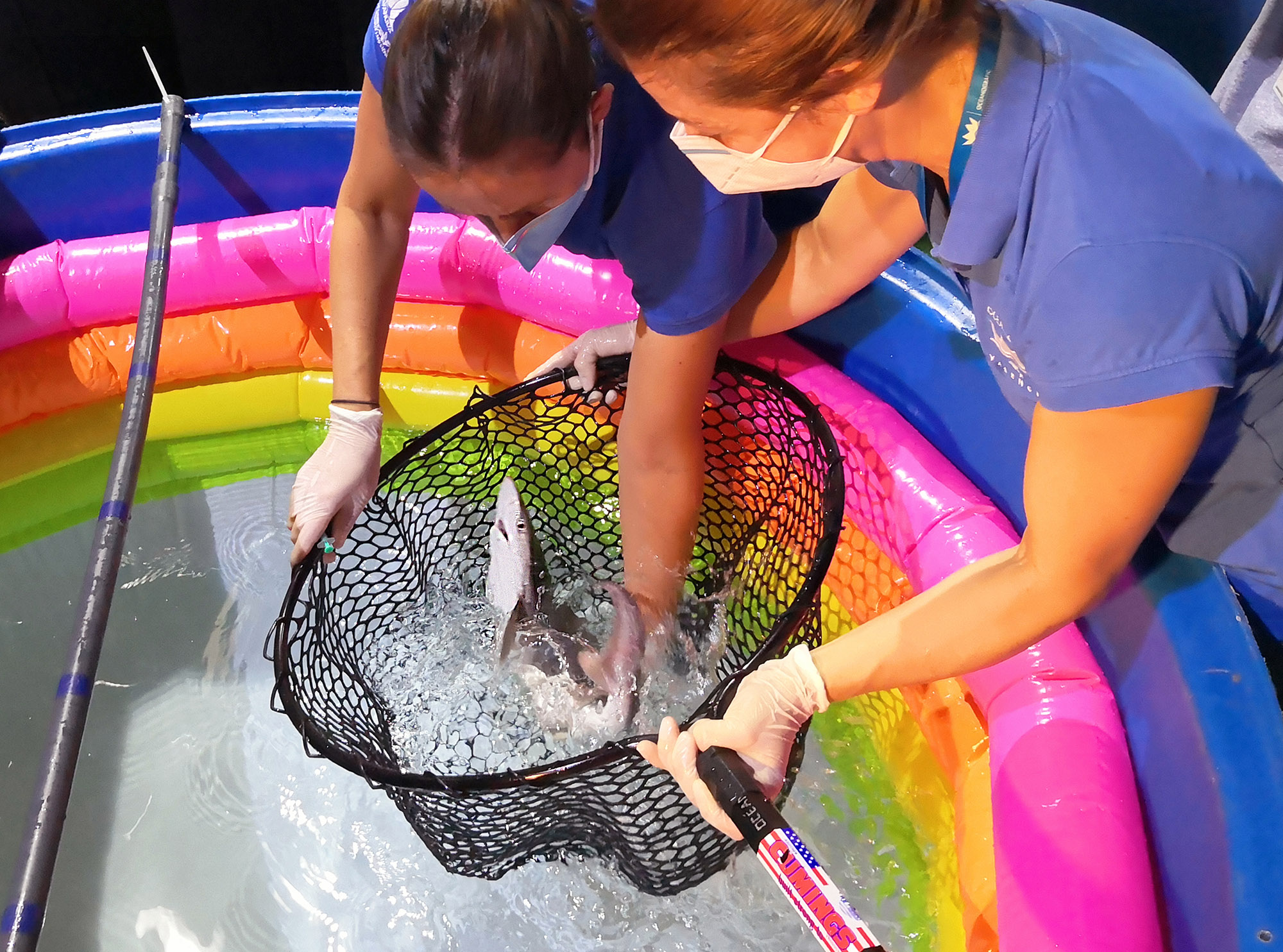 A Spanish oceanarium has a few new residents, after a shark gave birth to eight pups.

The five female and three male sandbar shark pups were eating and responding well in their first days at the oceanarium, according to a statement Friday from Valencia’s L’Oceanografic.

When they were born, aquarium workers were on hand to remove them from the water to weigh and check them over in a rehabilitation pool. A team of veterinarians conducted health tests and supplied vitamins and a course of antibiotics for the pups, L’Oceanografic said in a statement.

There have been two other shark births at the oceanarium, both from first-time mothers, but not with as many pups as the most recent births, according to a press statement.

Sandbar sharks typically eat fish and rays, and are not considered to be dangerous to humans. They live in coastal areas in the Atlantic, Pacific and Indian Oceans.