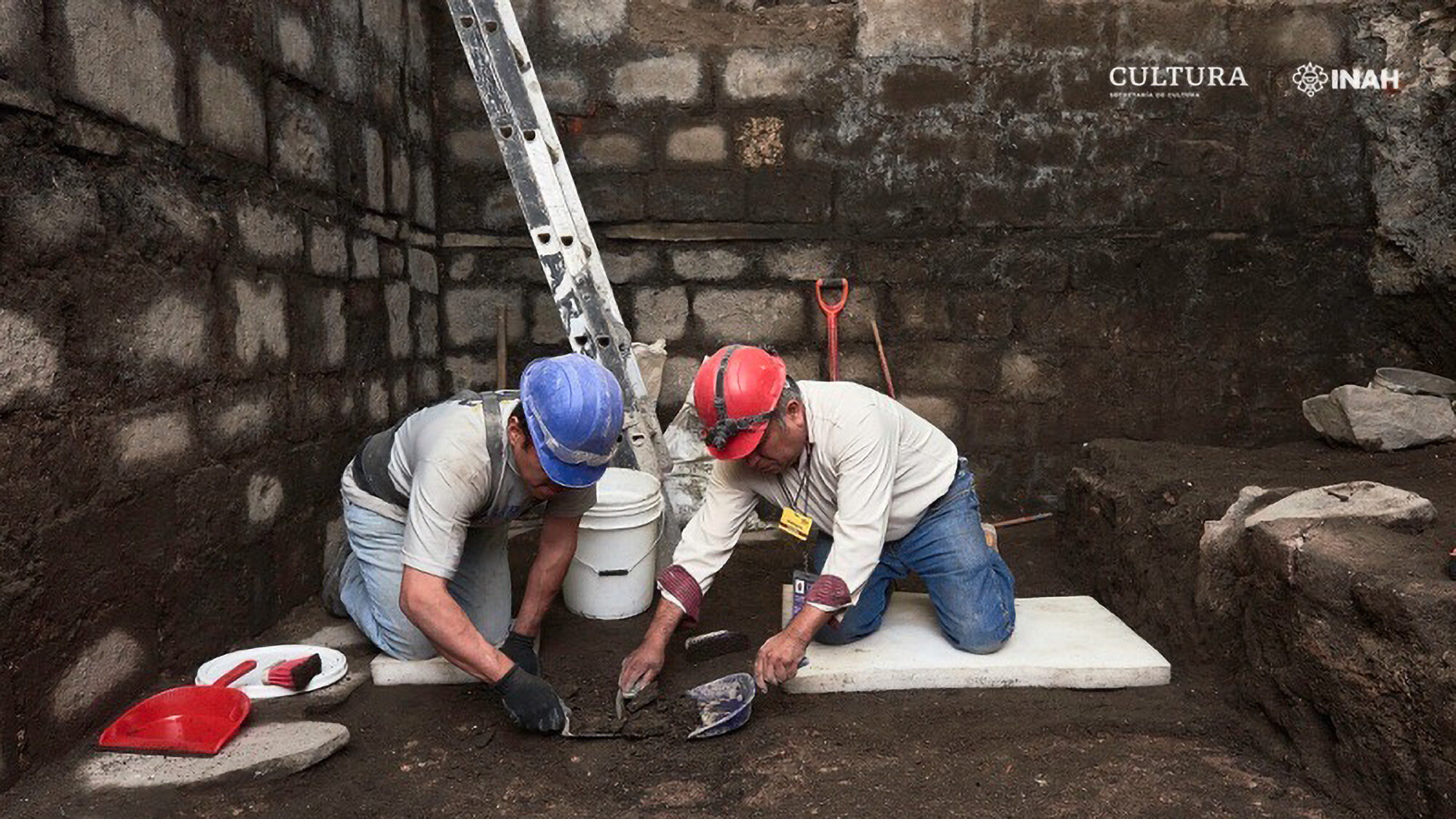 Men dig in the remains of an ancient Aztec palace that later became the site of the home of famed Spanish conquistador Hernan Cortes in Mexico City. (Newsflash)

Archaeologists have discovered the remains of an ancient Aztec palace that later became the site of the home of famed Spanish conquistador Hernan Cortes in Mexico City.

The discovery was made underneath the Nacional Monte de Piedad, an iconic building that is now the site of a historic pawnshop dating to 1755 in the city center, during construction work to reinforce the columns supporting the first floor of the building.

Basalt slabs belonging to a pre-Hispanic palace called the Casas Viejas of Axayacatl were found during the work, according to a statement from the Ministry of Culture. Axayacatl was an Aztec ruler.

The slabs, which were found at a depth of about 10 feet (3 meters), were part of the floor of an open area or patio of his palace, according to the National Institute of Anthropology and History.

The remains of a room made of basalt were also found above the Aztec patio.

“Later analysis allowed us to conclude that this was the house of Hernan Cortes after Mexico-Tenochtitlan fell to the Spanish in 1521,” the Secretary of Culture said in its press statement.

The materials of Cortes’ home were likely reused from Axayacatl’s palace.

Cortes arrived in Mexico in 1518 during a mission to explore areas for Spanish colonization before he led the siege of the Aztec capital Tenochtitlan, located in modern-day Mexico City, in 1521, eventually razing the city after it surrendered.

Embedded in the facade of the colonial room were two pre-Hispanic stones carved into sculptures in high relief, the INAH said in a statement on its website. They depict feathered serpent Quetzalcoatl and a headdress of feathers. The sculptures likely were part of Axayacatl’s palace.

A sculpture with the symbol for the Pleiades star cluster, which the Aztecs used to help them measure time, was also found during the works.

The ruins around the building’s courtyard were first discovered in September 2017. Analysis of the remains continues.