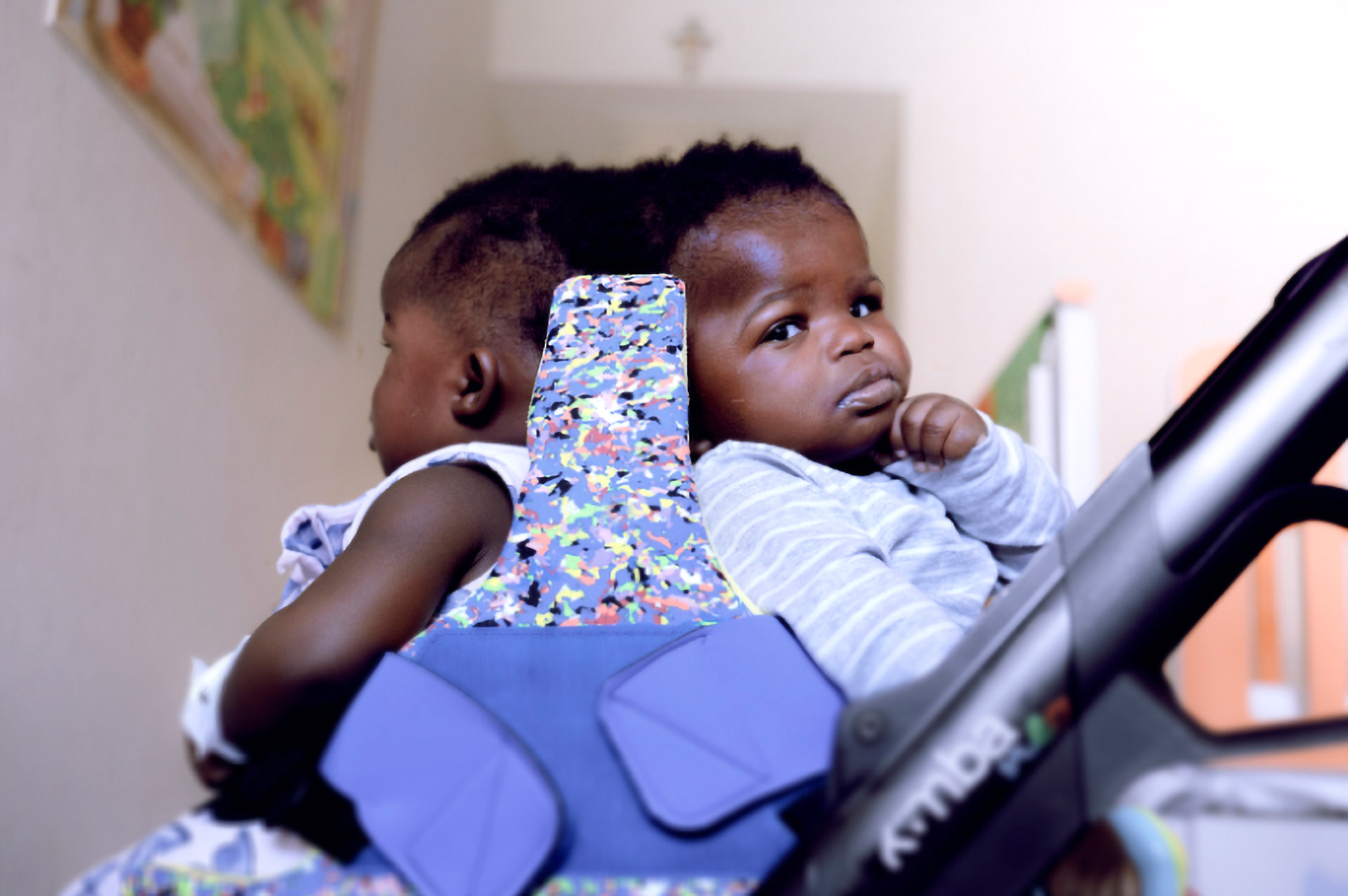 Ervina and Prefina before the surgery. (Ospedale Bambino Gesu)

Two-year-old twins Prefina and Ervina recently celebrated their birthday in a unusual way – as individuals.

The previously conjoined twins, connected at the head, were successfully separated after several surgeries by skilled surgeons and nurses at an Italian hospital.

The girls had “one of the rarest and most complex forms of cranial and cerebral fusion. They had in common the bones of the posterior area of ​​the skull and the venous system,” according to the hospital where the surgery was performed.

Only one in 2.5 million births are conjoined at the head, the hospital said in a statement.

The birthday celebration on June 29 took place in the hospital after the twins had undergone three complex surgeries, which involved separating their brains with 3D technology.

Prefina and Ervina, who were born in the Central African Republic with the rare and complicated fusion of the vascular system of their brains and skull, underwent the complex operations at the Bambino Gesu pediatric hospital in Rome.

It was the first time in Italy that a team of specialist surgeons had separated twins joined at the head, the hospital said in a statement.

“It was a very touching moment, a fantastic and irrepeatable [sic] experience,” Carlos Marras, the chief of pediatric neurosurgery at the hospital, said in the press statement. “It was an ambitious goal and we did our best to get it done, with passion, optimism and joy.”

The video shows the two girls with their heads still wrapped on their second birthday, with their mother, Ermine, receiving cake from hospital staff.

The sisters arrived in Italy in September 2018 after the director of the hospital agreed to have them treated there.

Tests at the hospital showed that the twins were in good health, but one of their hearts was working harder in order to maintain the physiological balance of their organs, including their brains, according to the hospital.

The most difficult challenge was dealing with a network of shared blood vessels which took blood from their brains back to their hearts, the hospital statement said.

The three surgeries to reconstruct their independent venous systems were planned using 3D reconstruction software, a neurostimulator and other technological devices.

The girls’ skull was re-created in 3D, as can be seen in the video.

The last of the surgeries was on June 5 of this year. It lasted 18 hours and involved 30 doctors and nurses. During the procedure, the bones of the shared skull were split. Then the surgeons rebuilt the membrane covering the two brains and re-created the skin over the new skulls.

“A month after the final separation, the twin girls are fine,” the hospital said in its statement.

The hospital cautioned that there are still risks of infection, and the girls will need to use protective helmets for several months.

Post-surgery observations show their two brains are seemingly unaffected and that the girls should be able to grow up having a normal life “like all girls of their age.”

The girls’ mother thanked the hospital for their work and all the people taking care of her children.

“Ervina and Prefina were born twice,” she said. “If we had been in Africa, I do not know what their destiny would have been.

“Now that they are separated and good, I would like to be baptized by Pope Francis, who always took care of the children of Bangui. My children now can grow up, study and become doctors to save other children.”

The Vatican-owned Bambino Gesu pediatric hospital opened in 1869 as the first children’s hospital in Italy. In 1924, it was donated to the Holy See and became the hospital of the Pope.