Their mother was thrilled when they were born. But the Cameroon hospital didn’t have incubators for her four premature babies. 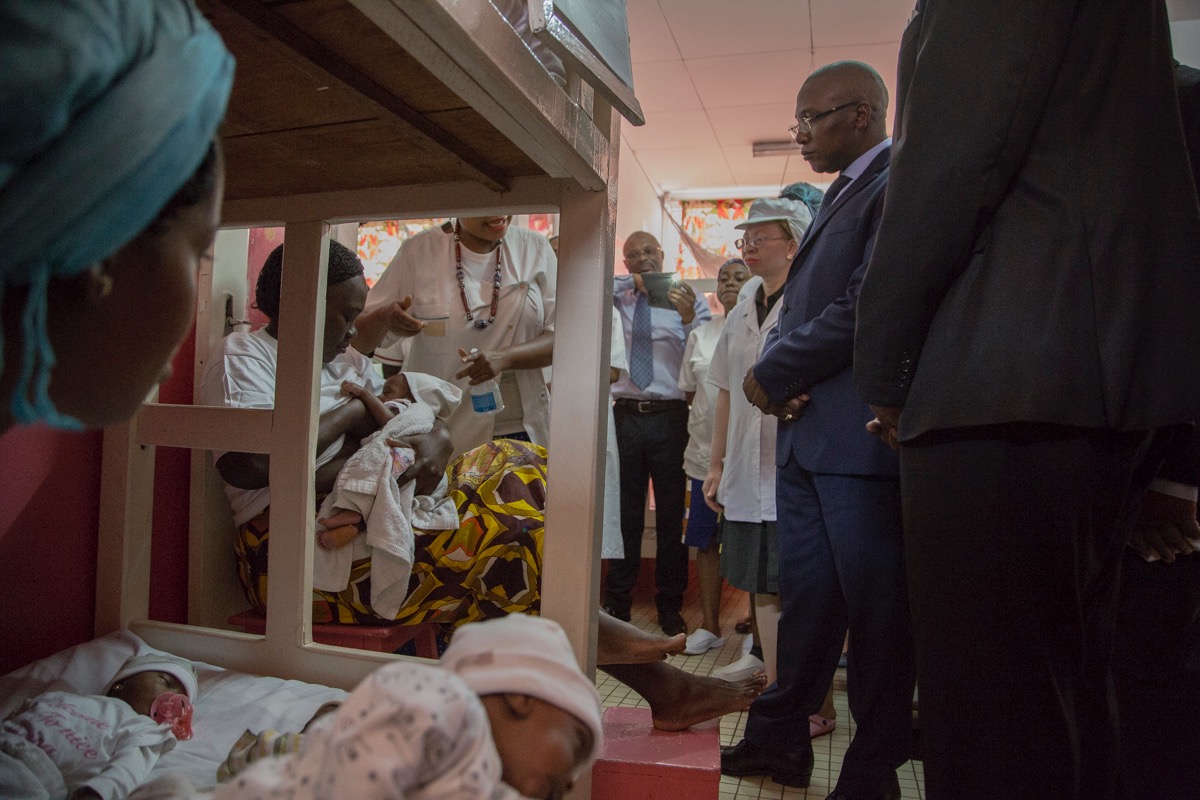 YAOUNDE, Cameroon — When 21-year-old Anne Christelle Ntsama gave birth to quadruplets, she was over the moon.

She believed her children, who had been born prematurely at Yaounde Central Hospital, one of the largest public hospitals in Cameroon, would grow into adulthood. But soon after their delivery on May 11, her world collapsed.

She lost her two boys and two girls because of insufficient incubators at the state-owned hospital.

“I feel bad because out of the four babies, none survived. I wish at least some of the children had survived after all this suffering. If only there were incubators,” said Ntsama, tears trickling down her cheeks. “I blame the hospital staff for hiding the deaths of my babies from me. They didn’t tell me that all my babies were dead.”

Yaounde Central Hospital is a 381-bed, tertiary-level general teaching hospital in Cameroon, with nearly 800 staff, including 95 doctors and nearly 270 nurses. But like many other health facilities in the country, it has limited number of incubators. There are fewer than 100 incubators for more than 7,000 health care facilities in Cameroon, according to the French Development Agency.

The deaths of the quadruplets have brought attention to the number of maternal and infant mortality rates in the lower-middle class Central African nation. The 2017 World Bank collection of development indicators reported a maternal mortality ratio of 529 per 100,000 live births in Cameroon.

Twenty-eight newborn deaths per 1,000 births have been recorded in Cameroon since 2018, according to the country’s National Multisectoral Program to Combat Maternal, Newborn and Child Mortality. The program, launched in 2014, aims to reduce infant and child mortality rates.

An estimated 4,000 women die in Cameroon each year from causes related to pregnancy and delivery, and more than 22,000 newborn deaths are recorded each year, according to the country’s minister of public health, Malachie Manaouda.

Ntsama and her poor family were unable to raise the CFA 100,000, equivalent to US$171, required by a private hospital to allow them use of incubators.

“The family was unable to immediately raise the money. So, we put all the four babies on oxygen while waiting,” said Dr. Felix Essiben. “The hospital staff did their best to assist the girl and her babies.”

Even after delivery, Ntsama could not immediately leave Yaounde Central Hospital because she had not settled her bill.

The detention of patients in both public and private hospitals for having insufficient means to pay their medical bills is common practice in Cameroon, and victims of medical detention tend to be the poorest members of society who have been admitted to hospital for emergency treatment.

In March 2016, a 31-year-old Monique Koumate died alongside her yet-to-be born twins at the Laquintinie Hospital in Douala-another public health facility, because she could not afford to pay her medical bills.

Although the death of the quadruplets has raised questions about the state of Cameroon’s fragile health care system, medics at Yaounde Central Hospital attribute the babies’ deaths to other factors.

“The girl had never gone for a prenatal consultation to know that she had a multiple pregnancy,” said Essiben, who is assistant coordinator of the hospital’s maternity ward. “There was a large discrepancy between the period of pregnancy and the clinical evidence which we had. The babies did not die in our delivery rooms.”

Experts say there is need for more equipment in the country’s hospitals.

Yaounde Central Hospital records some 4,000 deliveries annually; of that number, 200 are premature births, according to statistics. Approximately 900,000 babies are expected to be born in Cameroon in 2020, according to estimates by the National Multisectoral Program to Combat Maternal, Newborn and Child Mortality.

Cameroon’s health care workers aren’t equally distributed across the country, and prenatal care remains a problem. Studies reveal that financial constraints and long distance to the hospital are common reasons why most pregnant women do not go for antenatal care.

“If you look at the problem of excessive bleeding, you realize that many Cameroonians are not yet into the culture of donating blood freely. So many women die while giving birth because we don’t have enough blood to give them.”

Baye said the number of home births affects the maternal death rate in the country.

Cameroon is one of the African nations that has suffered a crisis in human resources for health in the past decade, with inequitable geographic distribution of health workers.

The WHO recommends countries invest at least 15% of their budgets in health care systems. In Cameroon, less than 5% of the state budget is allocated to health financing, according to statistics from the multisectoral program. The country has 25 million people.

WHO statistics put the number of women who died during and following pregnancy and childbirth in the world at about 295,000 in 2017. Sub-Saharan Africa alone accounted for roughly two-thirds, or 196,000, of maternal deaths, while Southern Asia accounted for nearly one-fifth, 58,000.

“Many poor women and girls in Cameroon experience difficulties accessing quality health care service,” said Nehsuh Carine Alongifor, a feminist-activist in Cameroon. “Maternal health is a human right, and no woman should be deprived of this right.”

In 2016, UNICEF ranked Cameroon 18th out of 20 countries in the world with the highest mortality rate for children under the age of 5.