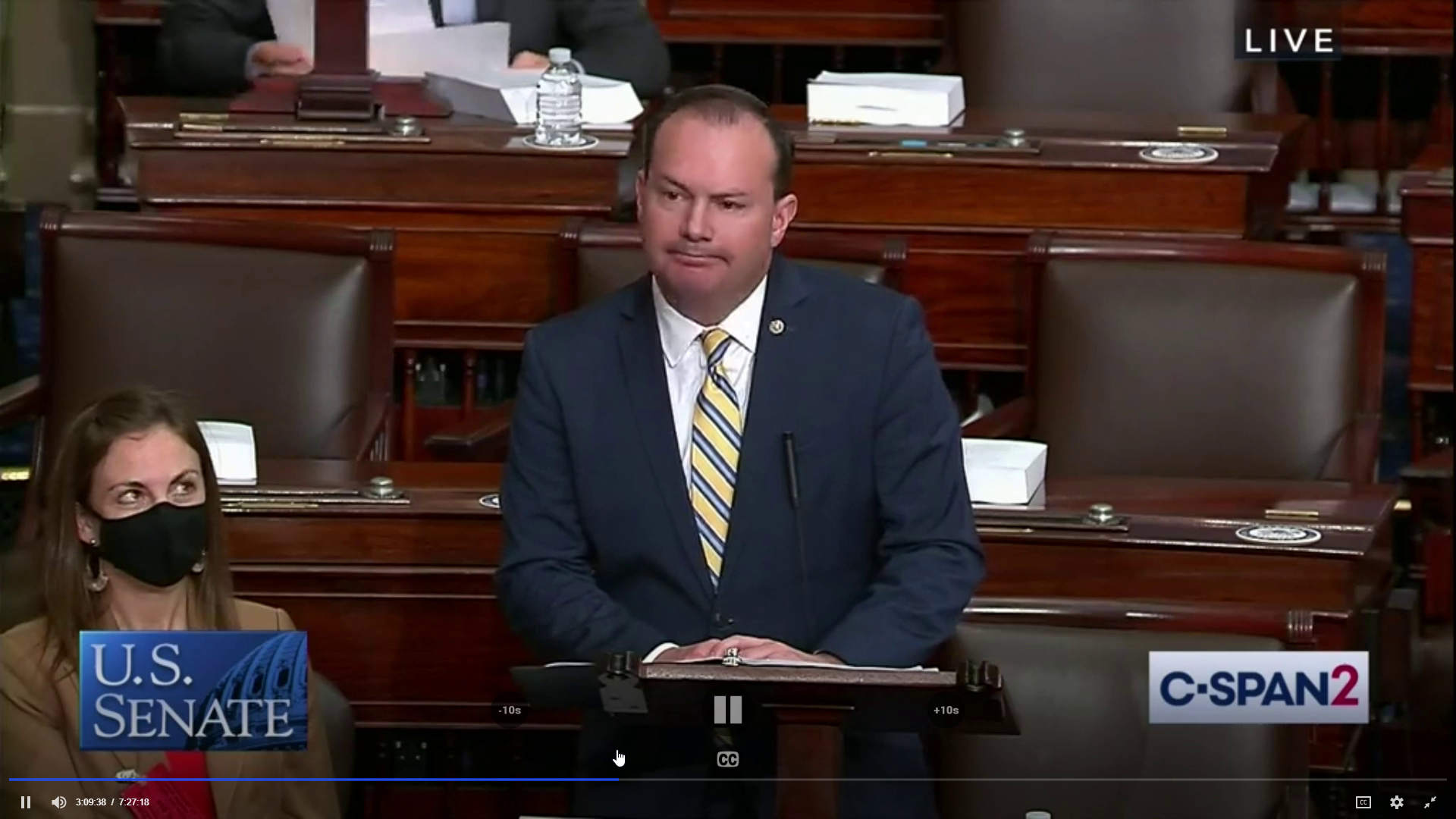 Republican Sen. Mike Lee of Utah threatened Thursday to pull federal funding away from America’s cities and institutions of higher learning who he claimed have formed an “anti-American, anti-science, anti-establishment, anti-Constitution mob.”

In a Senate floor speech before Congress’s Independence Day recess, Lee introduced a non-binding resolution condemning “mob violence and criminal property destruction, not in service of any just or coherent cause, but simply as an arrogant, bullying tantrum of self-righteous illiberalism and rage.”

The resolution cites an alleged physical assault on Wisconsin State Sen. Tim Carpenter during a protest at the state capitol and the Provo, Utah shooting of a motorist who drove through a crowd of protesters as “contempt for public safety.”

U.S. colleges and universities, he said in his speech, punish conservative and religious students by limiting their free speech. Lee also complained about city councils that have moved to shift funding away from law enforcement agencies following protests over police using deadly force against black people.

“The smug, sneering privilege of all the above and much more, the whole garbage fire that is the so-called ‘woke ideology’ depends on federal money,” Lee said Thursday. “The mob hates America on America’s dime. It’s time to cut off their allowance.”

The resolution followed weeks of protests across the U.S., which in some places included arson, clashes with police, property damage and other rioting.

“Physical assault and property destruction are not forms of political speech,” Lee said, “but violent crimes whose perpetrators should be prosecuted to the full extent of the law.”

Lee, a Tea Party Republican, was first elected in 2010, and voters in the typically red state returned him to the Senate in 2016.