Many people living with the condition work outdoors, under the sub-Saharan sun. 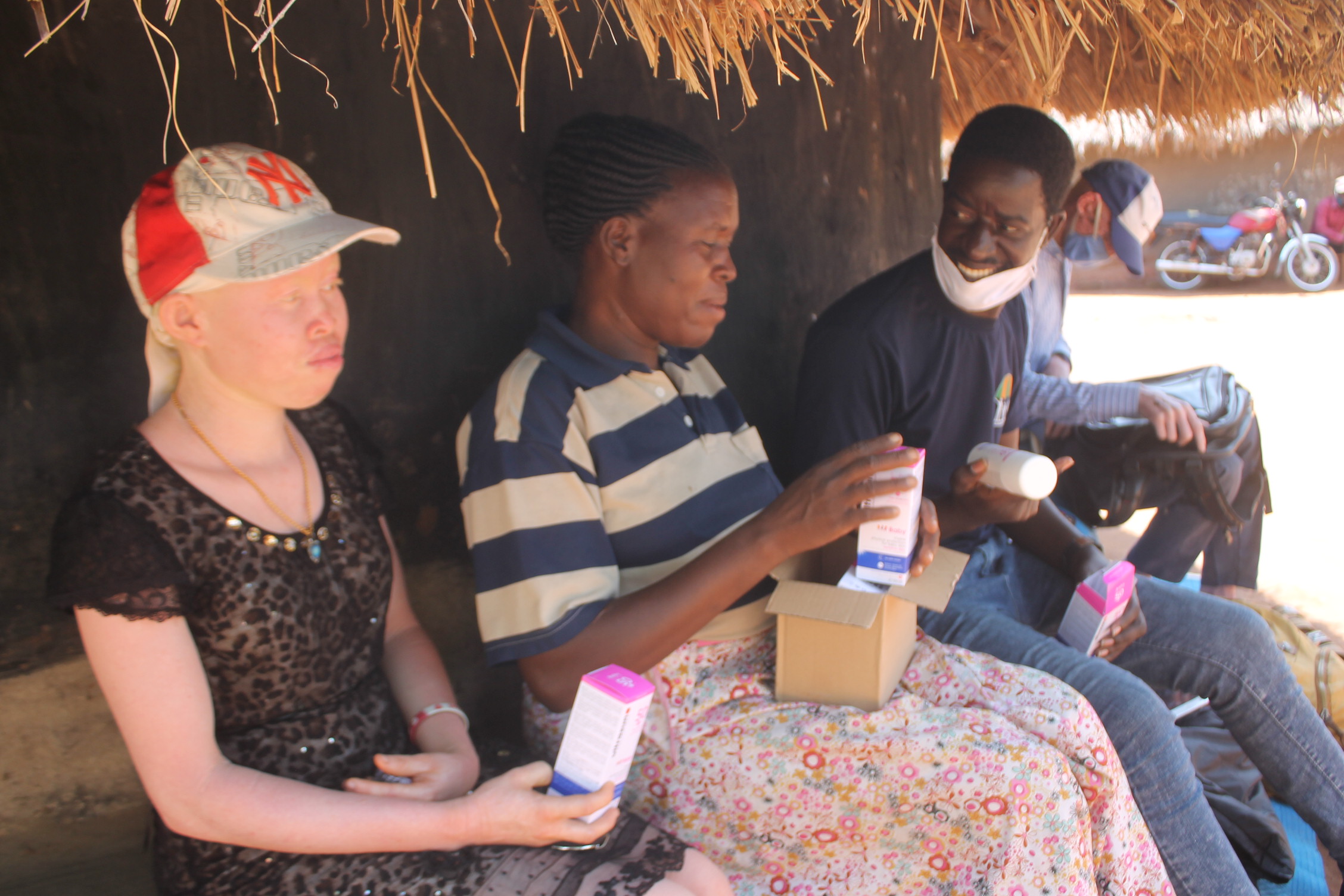 For street vendor Barbra Anyinge, who normally sells shoes in Lira, a town in northern Uganda, the pandemic has made one essential especially scarce: sunscreen.

While usually Anyinge’s difficulty in obtaining the recommended high-protection sunscreen is its up to $20 cost, the pandemic has made it even more challenging.

Many in the country are struggling to find work because of the ongoing pandemic, and when they can find work, a nationwide transport ban due to COVID-19 made it even more it difficult for those with albinism—a genetic condition where the body doesn’t produce melanin, a pigment found in skin, eyes and hair—to get the sun protection factor 50-plus sunscreen they need.

“Normally, when I go to Kampala, I get sunscreen for myself and others from organizations over there. But due to the lockdown, I’m just at home, with no sunscreen and unable to earn anything and I’ve used up all my savings, ” she said.

Activist Pat Robert Larubi, who advocates for those with albinism and disabilities, has traveled more then 800 kilometers, nearly 500 miles, on a motorbike across Uganda to provide three units each of sunscreen to hundreds of people with albinism. Larubi is a volunteer with Source of the Nile Union of People with Albinism in Jinja, approximately 85 miles from Kampala, the nation’s capital. The organization receives sunscreen units as donations from the United Kingdom-based Advantage Africa, prompting Larubi to set out last month to deliver it directly to those who need it most.

“The recommended sunscreen is not easy to find in pharmacies across the country. Even if there is sunscreen, it’s often very expensive for many to afford, costing around $20. So, based on my previous interactions, I’m trying to visit people who I know of. I’ve been to over 102 homes and delivered over 500 tins of sunscreen. But, this is the least I could do. People [with albinism] have trouble in getting food or money,” Larubi said.

Many people with albinism in Uganda labor outdoors, under the hot sub-Saharan Africa sun. Thousands of people with the genetic condition live in the country and they are sensitive to the sun and vulnerable to skin cancer and severe visual impairment.

“People call me to ask if I have sunscreen to give them. It has been particularly hard and I’m grateful for those donating sunscreen in such times,” Anyinge said.

Toward the end of April, Larubi met two brothers, both with albinism, who worked long hours on a farm in northern Uganda to earn roughly $2 a day.

“They have to work because they have to eat. But they were working without any sort of protection, no long-sleeved shirts, sunscreen or hats. Their skin was burned and damaged with sores all over their body. If they continued this for long, the consequences could be fatal,” said Larubi.

Skin cancer is a major cause of death among those with albinism. Without access to basic medical care and the knowledge or resources to protect themselves, many are vulnerable to sunlight and sunburns. Affordability and access to healthcare are some of  of the primary concerns for those with albinism.

“Most of the people with albinism generally come from poor backgrounds,” said Larubi, who wants to see public officials make sunscreen an essential and accessible product.

But those problems caused by the ongoing pandemic form just the tip of the iceberg for people with albinism in the country, where there is a stigma against those with the condition.

“The stigma is still strong and the inequality is evident. Ignorance and beliefs such as having intercourse with people with albinism helps cure HIV/AIDS, and sacrificing those with albinism for witchcraft-related rituals still persist,” Larubi said.

Research indicates that people with albinism find it increasingly difficult to integrate into society with regard to schools and finding jobs. They face discrimination and regular abuse. Additionally, they are often victims of crime.

Larubi first learned about the myths and preconceived notions surrounding albinism in 2018, when he worked as a TV journalist. Since then, he has worked to demystify and portray of people with albinism in the media positively.

“They need more than just sunscreen and my journey has been just a tiny contribution. I still plan to cover one more route and visit seven to eight districts. I’ve told everyone who has received sunscreen to use it sparingly so that the units can last a little longer,” he said. “In the long run, I hope that those with albinism are seen like everyone else, accepted into society and the next generation of people with albinism don’t suffer. ”