From smoker to marathon woman: Brazilian completes 6 of the world’s biggest races

Sara Velloso’s races have taken her from Boston to Berlin — and into the world of publishing. 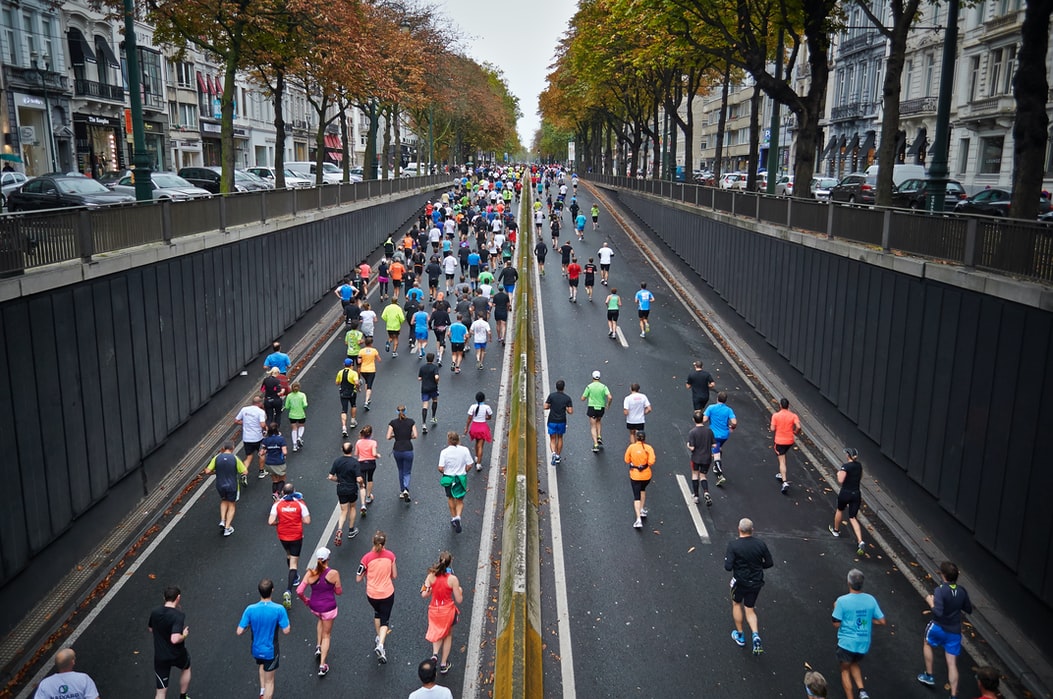 The Abbott World Marathon Majors comprises six of the world’s largest marathons, stretching from Berlin to Tokyo. It’s a feat for any runner, let alone one who once deemed herself a sedentary smoker.

Brazil native Sara Velloso, an avid smoker for 17 years, is now, at 52, an accomplished competitor in the six-marathon stretch.

She quit smoking, trained for six major marathons and recently published a book documenting her challenging journey titled “Six Races: What I Learned in the 253 Kilometers of the World Marathon Majors.”

The book, originally printed in Portuguese, topped Amazon’s motivational category in Brazil earlier this year. While the print edition is still only available in Portuguese, an English version is available as an e-book.

Velloso’s journey into the marathon world began as she biked through the streets of São Paulo and accidentally hit a man, who came out of the encounter with a few scrapes—and an introduction to a woman that would eventually become his wife.

“He was training for a marathon; we had a chat and exchanged our numbers,” Velloso told Zenger News.

After that encounter, she started to run six days a week. At this point, she had already been cigarette-free for eight years. She frequently trained with friends and traveled for short races in Rio de Janeiro and Buenos Aires before transitioning to her ultimate goal, marathons, which are 42.2 kilometers (26.2 miles) each.

Her motivation to take on such longer races came from her brother and sister-in-law, who introduced her a group of runners at São Paulo University. She described her goal to be more active as another major motivation. In addition, her work as a financial executive at a large company enabled her to afford the personal trainers, supplies and travel that competing in such races entails.

Her favorite? The Boston Marathon. “It’s harder because the city’s geography has lots of hills, and the first woman to finish the marathon, [Kathrine Switzer], did it in 1967, the year I was born.”

Each marathon also presented Velloso with its own challenges. The mental and physical tolls she experienced during her first race, in Berlin, resulted in a four-year gap in which she replaced running with cycling. It wasn’t until the Chicago Marathon that Velloso felt mentally prepared to again run such grueling races.

By this time, she had also begun to attune her training with her personal life, a balance that took Velloso years to perfect — for example, while competing in Boston she was simultaneously building a house; in Tokyo, she was recovering from laparoscopic surgery.

“Everything starts in the mind,” says Maura Albano, a psychologist and graduate of the Federal University of Minas Gerais. “To be mentally prepared results in great self-esteem and self-control, which is fundamental for sports.”

In a similar vein, Felipe Vardiero, a psychologist who works with Ultimate Fighting Championship fighters in Brazil, said “running is a mental sport, so you must apply your mind to understand the maximum potential of your body.”

Indeed, for Velloso, training for races consisted of more than running: it was solitary therapy.

“You must enjoy your own company,” said Velloso. “I had some training that I came out smiling, and others I was crying.”

There were also challenges during the races themselves. For example, in the London race, Velloso nearly fell to the ground after a water bottle was thrown at her feet. But she persevered, describing her last step across the finish line as the most rewarding.

In 2019 Velloso began working on an e-book to share her experience. “I’ve always wanted to write a book and my editor, Ivana Moreira, convinced me that what I did was a story to be written,” said Velloso.

Within the book, Velloso documents her emotional ups and downs, noting the toughest challenge was dealing with the personal exposure of not only herself but friends and family in its pages. Still, she calls its publication the realization of a lifelong dream.

“Sometimes we do not believe in what we can do, in our potential; some women say that it needs to wait, but it does not,” she said.