Physical signs of abuse remain. Scar tissue on the left side of her giant face is what’s left of abscesses from long ago. Her front right leg is contorted from an old injury. Yet she’s quickly adjusting to 2,800 acres of freedom. 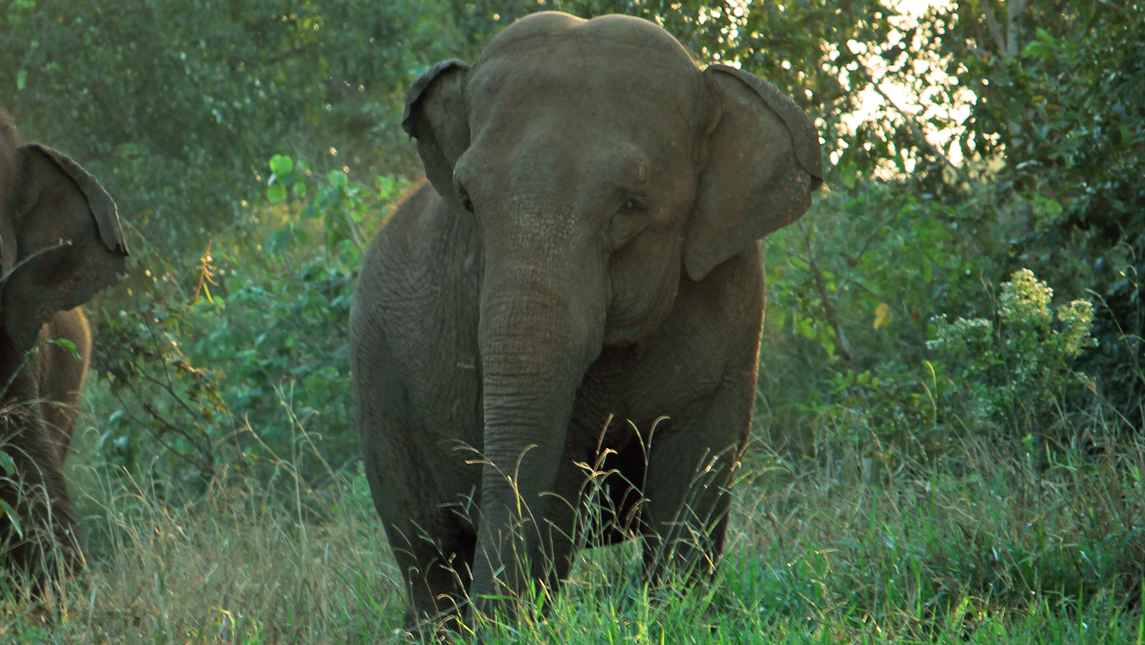 Mara basks in the sun, both happy and exhausted, the memories of a COVID-19 quarantine and a thousand-mile journey fresh in her mind. She never forgets.

There are signs that the 3.6-ton elephant, thought to be 55, remembers her decades as a circus performer and years as a zoo curiosity. Now, after a border crossing from Argentina that was nearly scrubbed over coronavirus fears, she has the run of an animal sanctuary in Brazil’s midwestern Mato Grosso state.

Argentine whale researcher Cesar Gribaudo remembers when the South American Circus popped up in his Buenos Aires suburb. He met Mara there 47 years ago, when he was 10 and his brother Fabio was 7. They sneaked under a flap one day and came face to face with a baby elephant. The boys were mesmerized and made visiting Mara a routine, snapping Polaroids to remember her by.

“She started to accept us,” Gribaudo says. “We asked [her trainer] if we could help to feed her, to bathe her. We would spend nearly three months playing with her every day.”

Gribaudo recalls spotting a familiar-looking elephant in a similar Buenos Aires circus tent seven years later. Then 17 years old, he crept in and found Mara there. He saw her again in 1998 at the municipal zoo in Buenos Aires, which housed Mara when the circus went bankrupt, holding her as collateral.

Elephants are known for their acute memories; he’s convinced she recognized him both times.

The May road trip to Elephant Sanctuary Brazil was four days long, and almost a waste of diesel: At the border crossing from Argentina, a COVID-19 health order had shut down all traffic for nearly a month. It took days for both countries to issue special permission to proceed.

Now on her third continent, Mara has already packed her trunk and logged about 13,200 miles of travel, not including circus tours.

She was born captive in India, in what “was probably a logging camp, since tourism wasn’t that popular at the time,” said Scott Blais, who runs the sanctuary and has run another like it in Tennessee with his wife Katherine. By 1970, at age 5, Mara was on display at the Tierpark Hagenbeck zoo in Hamburg, Germany.

An Atlantic crossing that year ended in Uruguay, where she was sold to Circus Africa. Mara was taken across the Rio de la Plata to Buenos Aires a year later, bought by the performing troupe whose tent went up near the young Gribaudo brothers’ home.

Brazil banned circus animal acts in 1995. More than 30 countries have national regulations or laws that ban animals in circuses, according to the nonprofit advocacy group Animal Defenders International.

The cramped urban zoo where Mara lived closed to the public in 2016. Officials are still trying to find homes for 1,500 animals while they turn the land into a public park.

The tractor-trailer that jostled and tossed Mara last month sat low to the ground for stability as it lumbered through the Brazilian highlands. Inside she was safe, but she was still an aged pachyderm in poor health. Blais cared for her for two days on the road and several more beforehand, acclimating Mara to the ventilated stainless steel crate that would temporarily shrink her world.

Getting the gigantic box on the truck with her inside was a three-hour engineering exercise, complete with an anchored construction crane.

Another crane awaited at journey’s end in the town of Chapada dos Guimarães, which sits on an expansive mesa of red sandstone with dramatic slopes. Red dust is everywhere, and Mara picks some up with her trunk and tosses it onto her back between squeals.

Blais says she arrived on May 13 displaying tics that animal behaviorists associate with trauma, and then quickly shed the pain. “She was swaying her head almost all the time,” he says, “a habitual pattern developed for decades. And within two weeks it was essentially gone.”

Physical signs of abuse remain. Scar tissue on the left side of her giant face—on her cheek and above her eye—are what’s left of abscesses from long ago. Her front right leg is contorted from an old injury.

Yet she’s quickly adjusting to an elephant’s equivalent of a retirement home. Elephants have roughly the same life span as humans, so Mara could live another 15 years or more.

About 80 percent of her diet is wild-foraged food. Caretakers add hay and grains, and reward her with fruit during medical checkups. She lopes and grazes in what seems like slow motion, eating and digesting between 300 and 400 pounds of food per day. Three other rescued senior citizens keep her company, playing in streams and ponds in a climate that’s similar to her native India’s.

Blais says when Rana, a 60-year-old female elephant, met Mara, she “was incredibly vocal—a lot of bellowing, rumbling, signs of excitement and enthusiasm. They are inseparable.”

Katherine Blais says Rana “is acting like an older sister” while they roam the sanctuary’s 2,800 acres. “While Mara reacts to birds and tapirs, Rana leads the way and protects her.”

Animal protection groups in dozens of countries have campaigned to strip circuses of their animal acts. Some would also shutter zoos. In the United States those groups have so far failed to find their holy grail: a judge who will rule that an animal is a “person” with legal rights.

Brazil appeared to tiptoe close to that standard last year, when a judge ruled that state authorities can’t levy a tax of 50,000 Reals (about $9,500) on Elephant Sanctuary Brazil after it took in an elephant named Ramba. Brazilian law allows officials to demand a value added tax on the movement of goods.