Police hold taunting signs: ‘Disperse or we may use force.’ 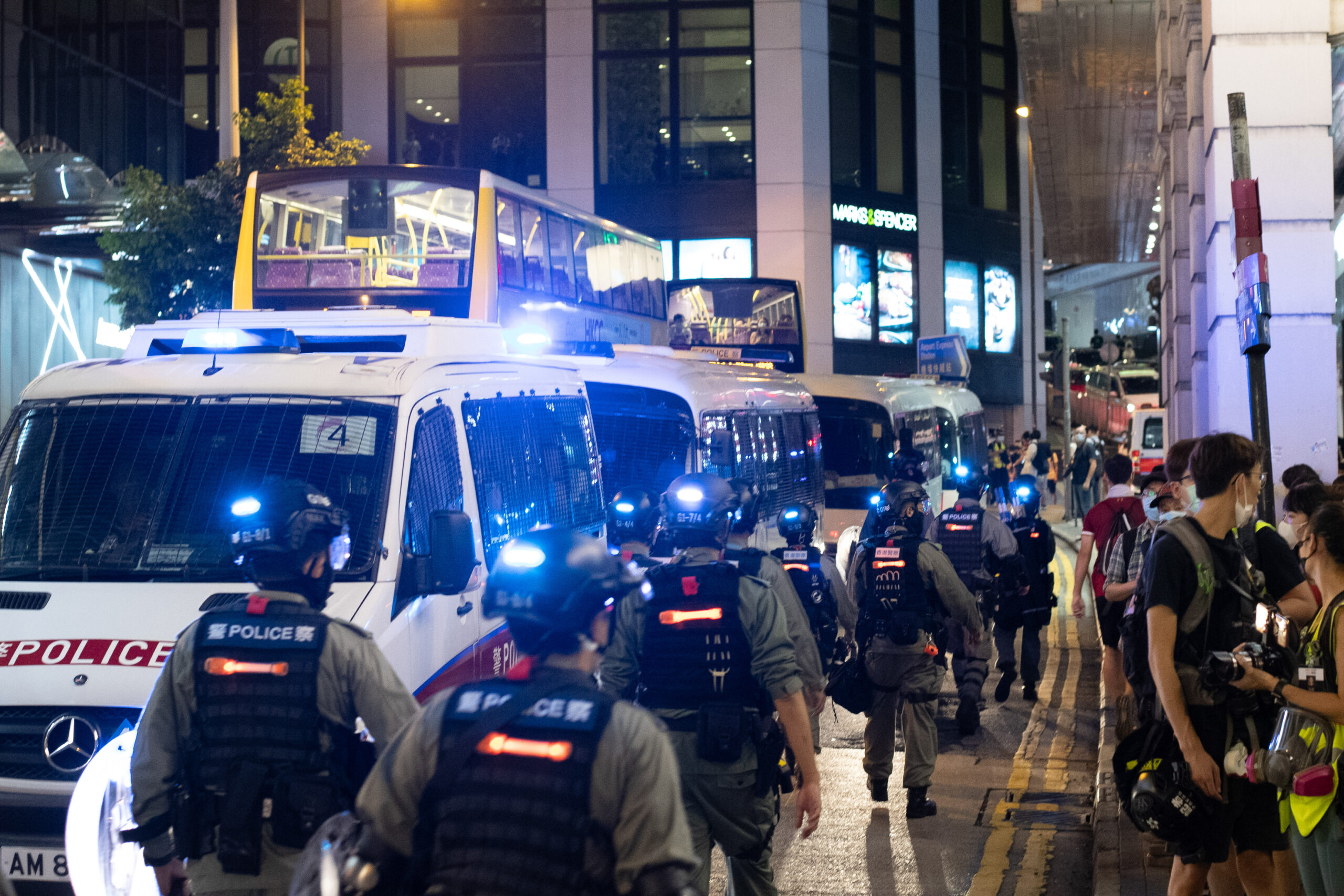 THE WAY WE LIVE NOWThey know the risks of attending an “unauthorised assembly” in Hong Kong. Thousands come anyway. They sidestep the Great Firewall of China to organize via online messaging.

You can’t use Telegram in mainland China, but the messaging app allows Hong Kong users to mask their phone numbers so police can’t find them.

A crowd of protesters flash “S-O-S” in Morse code with their cellphone flashlights.

This is the way they live now, in what used to be a free place.

It’s Chater Garden on a Tuesday, in the shadow of the Court of Final Appeal and less than a kilometer from the Legislative Council Complex.

China reclaimed Hong Kong from Great Britain as a “special administrative region” and gradually tightened its grip. The people protest. They chant slogans that would earn quick arrests or worse in Tiananmen Square.

It’s been a year since a million hit the streets after lawmakers proposed letting Beijing extradite whomever they please.

Freedom. Democracy. Rule of law. Suffrage. We’re not going anywhere, they said. With bullhorns. It seemed to work. Now riot police take positions around them and block off streets.

The uniformed enforcers have a secret weapon: Hong Kong’s famously efficient COVID-19 stay-at-home orders. That’s why, they say, they seize and arrest so many.

We’ve only lost four people to the coronavirus. And mask or no mask, you’re unlawfully contagious.

Some protesters find refuge in the city’s central Metro station. Others tempt arrest and then who-knows-what. Police hold taunting signs: “Disperse or we may use force.”

They arrest and arrest. They herd and herd. One officer calls them sheep. Out loud.

Then to the Metro with riot shields. No reporters allowed. China’s constitution has amendments, but the First was designed to protect the Communist Party.

Protesters and journalists lining the pavement get a hail of pepper balls from more than 40 officers at once. Five times as many sweep the streets clean of banners and voices.

Now it’s America, too, a little bit. Let that be a lesson.

Scared but daring is the way we live now.