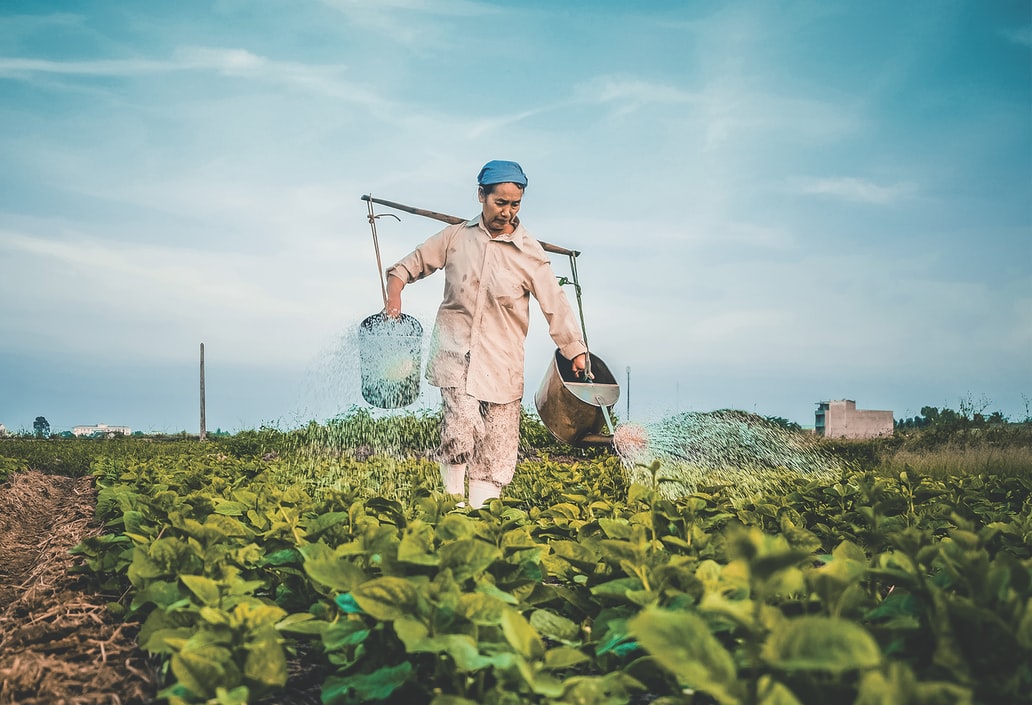 A man walks through a field of tobacco plants with water. (Hung Nguyen Viet/Unsplash)

A ban on the sale of cigarettes in South Africa since the country’s COVID-19-induced lockdown began in March has cost the economy millions of rands daily in the form of tax revenue lost to illicit sales of smokes, a variety of industry officials say.

This comes after the South African government had banned the sale of tobacco and alcohol as part of a nationwide lockdown to contain the spread of a deadly corona virus. COVID-19, the infectious disease caused by the new corona virus, has claimed the lives of 1,480 people in the country as of June 15, according to data compiled by Johns Hopkins University.

He said the livelihoods of more than 8,000 South Africans involved in tobacco growing, processing and manufacturing—and their 30,000 dependents—were at risk because of what he described as “black market cigarette barons” operating in the country.

“The 11 million South African smokers have not been able to buy or consume cigarettes legally and have been forced to buy on the black market,” he said.

A study conducted by the country’s Human Sciences Research Council on the impact of the lockdown showed that cigarettes were more accessible to South Africans compared to alcohol during lockdown. A quarter of people from informal settlements were able to buy cigarettes during lockdown, the survey said.

South African President Cyril Ramaphosa in March placed the country under a 21-day lockdown to stem the spread of the infectious disease. The lockdown was initially set to end on April 17, but was then extended. The country partly lifted the lockdown Monday, letting people outside for work, worship, exercise or shopping, and allowing mines and factories to run at full capacity to try to revive the economy.

TAX Justice South Africa, which advocates lifting the ban on cigarette sales, urged citizens to join the fight against criminals looting the country’s coffers. Founder Yusuf Abramjee says billions of rands have been lost over time through illicit sale of cigarettes in the country.

“Very few people realize that, for many years now, illicit cigarettes have been openly displayed for sale at local stores and account for a third of all cigarettes sold in South Africa. These cigarettes are supplied by crooks, who don’t pay the tax that makes up most of the price of the legal product and have been stealing R8 billion from the state every year,” Abramjee told Zenger. “During the lockdown ban on tobacco products, criminal syndicates have used their sophisticated networks to keep trading and enriching themselves,”

In the 2015–2016 financial year, the revenue service estimated fiscal loss through the illicit trade of cigarettes at R6 billion. Commissioner Edward Kieswetter in February said they have raised assessments to the value of R60.8-million. Of this amount, R32.5-million had been been collected. In the past few months, the service has seized more than six shipping containers of cigarettes that were falsely declared.

“We have proactively deployed dedicated personnel at the cigarette manufacturers’ facilities to monitor the local production process and the volumes being distributed, allowing SARS to gain better insight into the working of the value chain and the import and exports of all tobacco products,” he said.

Economist Mike Schussler said the government should be collecting R10 billion, nearly $582 million, from cigarettes annually. “As a result of this lockdown, we are losing this money. It’s going to be hard for us as a country to recover from this. The government will end up doing more harm to the economy,” Schussler said.

The country’s police departments have launched a massive crackdown on the illicit trade of cigarette in recent weeks, including arresting two suspects for possession of illicit cigarettes with a value of R280,000 at King Shaka International Airport in Durban. In addition, another man was nabbed in Ravensmead, a town in the country’s Western Cape province, and was found in possession of nearly R1 million, more than $58,000, worth of counterfeit cigarettes.