In many places, farming is still dominated by elders and foreigners. 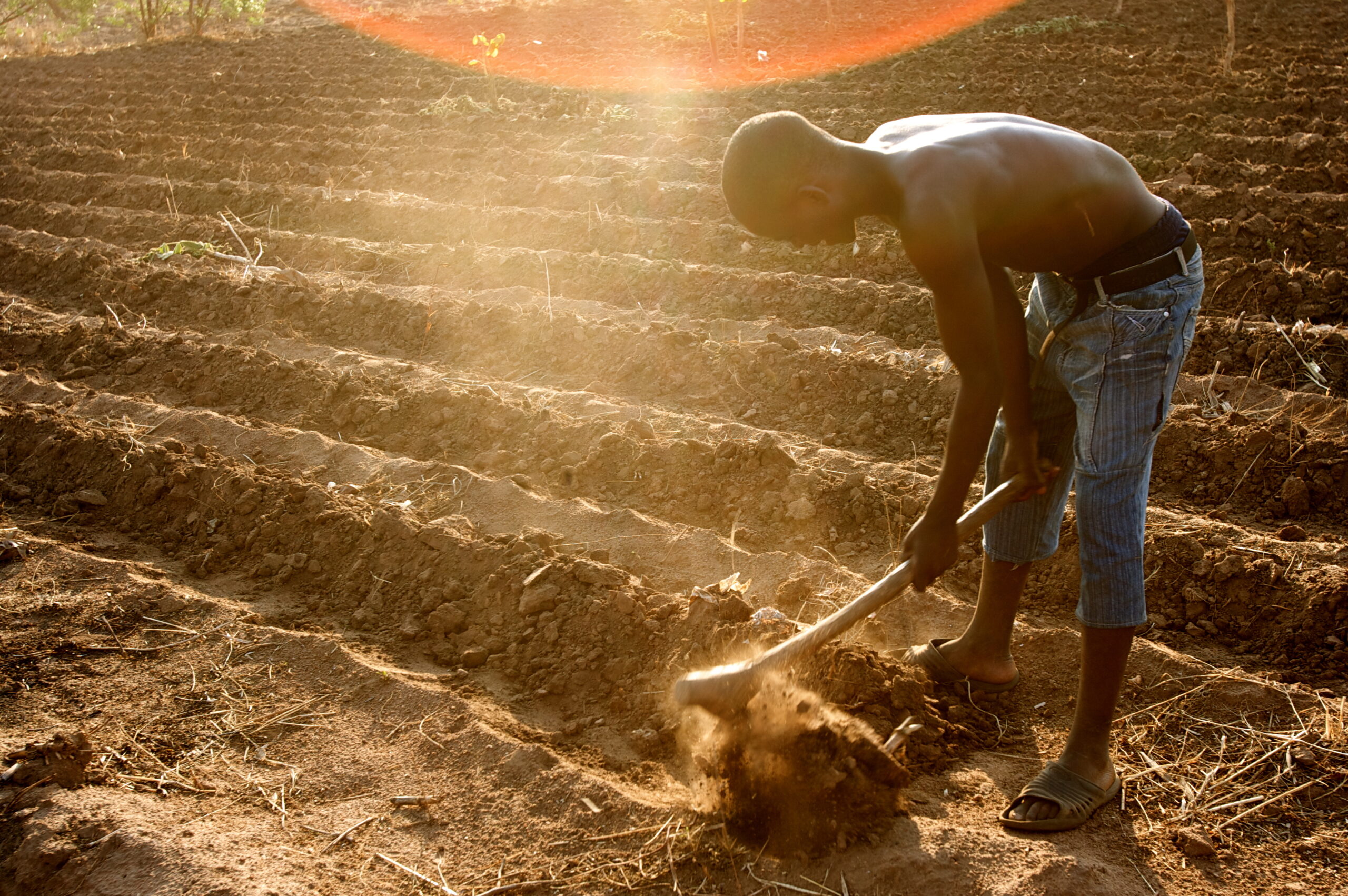 A farmer prepares his field for the planting season near Nathenje on the outskirts of Lilongwe, Malawi. (Public Domain)

Young farmers in Africa are continually striving to achieve food security, but many people in poor communities could starve if investment in agricultural projects is not sustained.

Noticeable increases in farming activity on the continent, particularly among youth, suggest Africa has the capacity to feed itself and contribute to its economic prosperity if the right investments are made.

Of the 257 million hungry people in Africa, 237 million are chronically undernourished in sub-Saharan Africa and 20 million in Northern Africa, according to a February 2019 United Nations report. It also states that 20% of the African population was undernourished as of 2017 — more than in any other region.

Globally, nearly 1 billion of the world’s 1.2 billion young people, ages 15 to 24, live in developing countries, and half of that population lives in rural areas where there are agriculture development opportunities, according to the International Fund for Agricultural Development, known as IFAD.

However, potential young farmers in Africa are faced with a wide spectrum of challenges that impede their efforts. The difficult challenges include constraints on access to land and services, as well as constraints on technology and training, according to the 2019 Rural Development Report “Creating opportunities for Rural Youth,” published by IFAD.

The report states that nearly 10 million youth enter the job market in Africa annually. IFAD notes that agriculture can provide a sustainable living for millions of young people who might otherwise migrate to urban areas, or abroad, in search of economic opportunities. Youth could also feed nations and keep more people alive and able to access nutritious food, Agnes Matilda Kalibata, the U.N. Secretary General’s Special Envoy for the 2021 Food Summit, said at the IFAD Governing Council session in Rome in February.

Kalibata said hunger is a pressing need and requires African governments to empower their communities to feed themselves. She pointed out that malnutrition is a recurring challenge due to a scarcity of healthy, wholesome foods that are affordable and easily accessible.

Dominik Ziller, an official in the German Federal Ministry for Economic Cooperation and Development, said at the meeting it is important to draw youth into farming and help them start sustainable projects that also tap into the agricultural value chain.

“Many young people are passionate about farming and have the ability to run full-scale commercialized agricultural projects. They need investments to be made in industrialized agriculture and in preventing further impacts of climate change,” he said.

Germany, for its part, has pledged 10 million euros to assist young farmers, particularly those in Africa,  said Ziller, who heads the Directorate-General for International Development Policy, and also spoke at the IFAD Governing Council session in February.

At the same conference, Mali’s President Ibrahim Boubacar Keïta said his country has seen an increase in the number of youth in the agriculture sector, while noting that financing is critical to help mitigate risks such as climate change.

In an effort to help boost interest in agriculture among African youth, the United Nations and IFAD have engaged actress Sherise Silver and Afrobeats singer Mr Eazi, whose given name is Oluwatosin Ajibade.

These two entertainers have created campaigns that strive to capture the attention of African leaders, sharing the message that the younger generation has the potential to contribute to ending global hunger if African governments invest more in the sector through skills development and financing.

Many young people are already contributing to the cause. Lentswe Unangoni, a small stock farmer based in Moshupa, Botswana, said he started his project from humble beginnings from his family home before moving to a larger rented facility.

He breeds and sells goats and pigs, and he said the opportunities in small stock farming are endless as the meat is a source of protein and is eaten in a relish, and thus the demand is consistent. Some of the challenges he has faced include disease outbreaks and the high cost of feed, as well as inadequate training in small stock management.

Unangoni suggested that African governments could offer young farmers a 50% subsidy on products needed to start a farm and also assistance with introductions to markets abroad.

Agriculture entrepreneur Puisano Ramosabatha, who holds degrees in agricultural science and economics, believes in continued skills development and training for farmers. In 2018, he was a Young African Leaders Initiative participant, enrolled in entrepreneurship and business development programs. The initiative is the U.S. government’s signature effort to invest in the next generation of African leaders, according to the YALI website. Ramosabatha was later selected to be part of the Youth in Agriculture Summit for Southern Africa in Durban, South Africa.

He has a crop farm and also runs a shop in Molepolole, Botswana, where he sells animal seeds, pesticides and fertilizers to farmers in the area. He said some of the challenges he faced when he started out included access to capital and serviced land.

While Ramosabatha was funded through a Botswana government grant for young farmers, he said that farming is still dominated by elders and foreigners because of lack of capital.

“Profits from farming enterprises are mostly realized after a series of capital investments, and this can demoralize youth who want to venture into agribusiness,” he said.

“In Southern Africa, we have an abundance of arable land and unused underground water, and if the right investments are made, we could successfully grow and feed ourselves,” she said. “Instead, we have had stakeholders coming up with misaligned solutions that do not solve the real problems farmers face on the ground.”

Of the public-private partnerships that do exist, Ranna said, not many have yielded positive results.