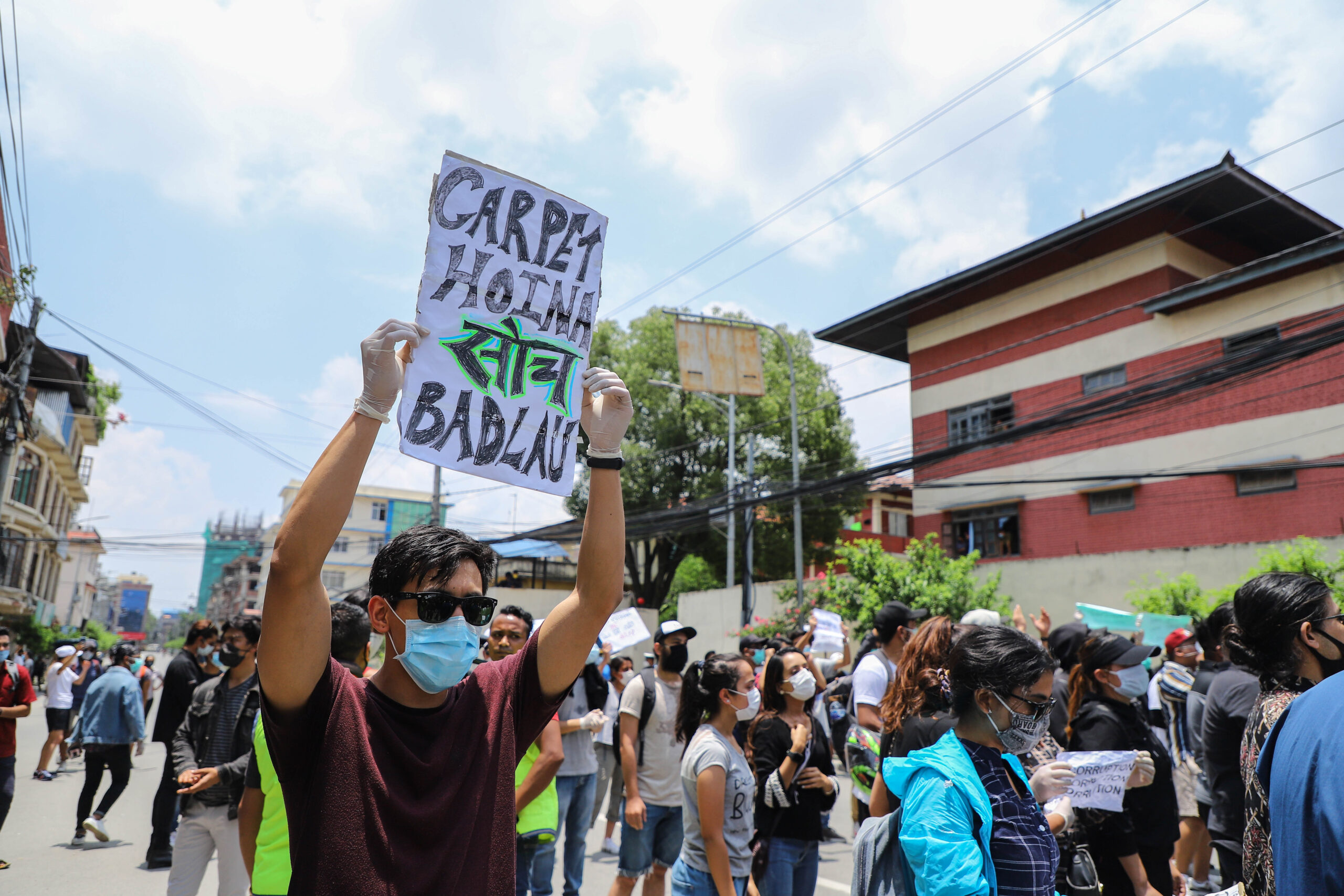 Youth in Kathmandu staged a peaceful demonstration outside the prime minister’s residence Tuesday and Wednesday against the government’s negligence in handling the COVID-19 pandemic. The peaceful protest later turned chaotic as the police charged batons and fired water cannons and tear gas to disperse the crowd.

Protestors held banners and chanted slogans: “Enough is enough,” “sanitize the government” and “down with incompetence,” demanding the expansion of testing, better quarantine facilities for returning migrant workers and greater transparency of money spent by the government. The government had earlier claimed to have spent almost 10 billion Nepalese rupees, approximately $82.4 billion, to help prevent the spread of COVID-19.

Approximately 10 protestors were arrested during the protest. The protestors say the Nepalese government has not done enough to manage the COVID-19 crisis and simply imposing a nationwide lockdown is not the solution.

Nepal imposed a nationwide lockdown from March 24. Nepal has reported 15 deaths and 4,364 confirmed cases of the disease caused by coronavirus.