This one change to bankruptcy law could help small businesses 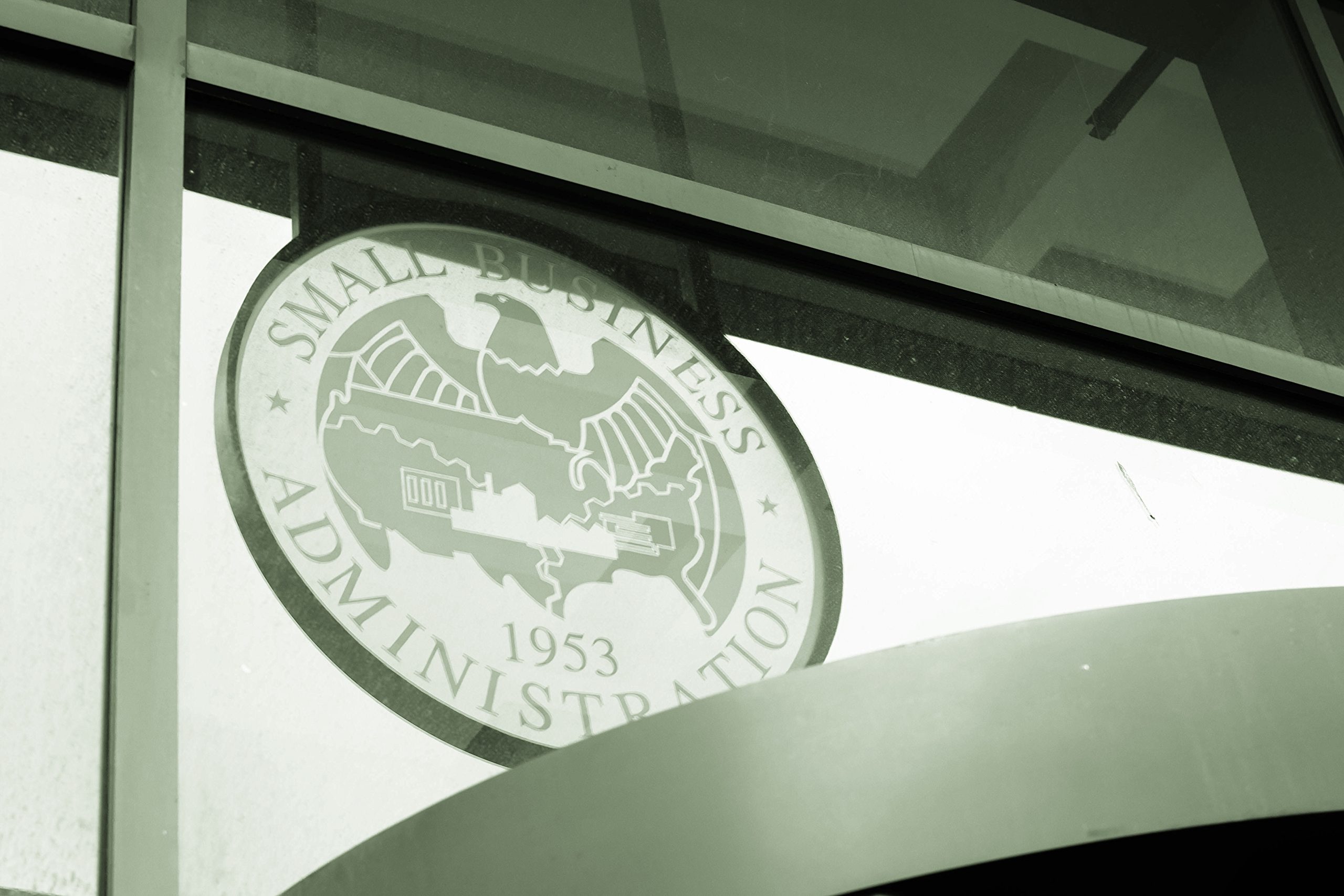 The seal of the Small Business Administration sits above above its office door on May 17, 2016. (Photo: "Mr. Blue MauMau"/Flickr on CC 2.0 License)

Small businesses forced to file for bankruptcy protection due to financial stress brought on by the coronavirus pandemic may find some relief, thanks to recent changes in federal bankruptcy law.

Last summer, Congress passed and President Donald Trump signed the Small Business Reorganization Act, and it went into effect in February. The law creates a Subchapter V of Chapter 11 bankruptcy protection, which essentially makes it easier for small business owners to retain ownership of their business in the event of seeking bankruptcy protection.

Under the new law, businesses with less than $2.7 million in debt may file under Subchapter V of Chapter 11, which allows for “shorter deadlines for completing the bankruptcy process, allows for greater flexibility in negotiating restructuring plans with creditors and provides for a private trustee who will work with the small business debtor and its creditors to facilitate the development of a consensual plan of reorganization,” according to the U.S. Department of Justice’s U.S. Trustee Program.

Leslie Berkoff, a partner with the law firm of Moritt Hock & Hamroff in Long Island, N.Y., told Zenger News that before the new law, Chapter 11 bankruptcy protection was too expensive for most small businesses. “The cost of bearing the weight of all the notice and disclosure obligations and solicitation process tacked $25,000-$50,000 onto it,” she said of Chapter 11, which frees a company from the threat of creditors’ lawsuits while it reorganizes its finances. “That’s a lot for a small business.”

In other words, small businesses filing for Chapter 11 bankruptcy protection would likely lose their business.

To ease the financial burden on small businesses, Subchapter V removes some protections for creditors, including banks, credit card companies and other lenders. Before the SBRA, creditors formed a committee to vote in favor of a reorganization plan, and the debtor—the business owner—didn’t always get a say. Forming the creditor’s committee is expensive.

“It’s like a chess game,” said Berkoff. “The creditor moves one way, the debtor moves back. It’s an expensive process. And all along the way, there are specific disclosures and forms that jack up the cost. There are quarterly fees. It all starts to tick up. In Subchapter V, the idea was, how do we get rid some of these hurdles and find a way to protect creditors so that it isn’t utilized to shove something down [the small business owner’s] throat?”

Now, only the business owner files a plan to reorganize the business; there’s no disclosure statement requirement; and no absolute priority rule. Instead, the small business owner commits his or her net disposable income to getting the business back on track over the next three to five years.

Anne Fleming, a law professor at Georgetown University in Washington, D.C., said the other major benefit of the new law is “not needing to pay administrative costs up front.”

“They can be significant,” Fleming told Zenger. “Normally, they would have to be paid when the Chapter 11 plan is confirmed. It’s almost a little bit like Chapter 13, [where] the debtor can spread the costs over the life of the plan. So instead of the lump sum, you can pay it over the course of three-to-five years.”

Fleming said it’s too early to tell whether small businesses are taking advantage of the change because of the coronavirus pandemic, but added there could be a rush of filings as the economy starts to recover.

“For a lot of small businesses right now, you have to file a plan for how you’re going to emerge from bankruptcy, and if it involves any payments on debt, it’s going to be difficult for a lot of small businesses right now to project enough income to make payments,” she said. “Another reason they might wait to file is until they’re in the upswing of things. If businesses are shuttered, I think it would be really hard to propose a feasible plan that could get confirmed.”

The U.S. Trustee Program and U.S. courts do not have updated data for the number of Chapter 11 filings since the beginning of the pandemic.

Congress already anticipates an uptick in filings, Moritt Hock & Hamroff ‘s Berkoff said, because of an edit to Subchapter V in the Coronavirus Aid, Relief and Economic Security Act, known as the CARES Act, passed in March.

“In the CARES Act, it changed the debt limits for Subchapter V for a short period of time (that Congress can extend if they want) from $2.7 million to $7.5 million,” said Berkoff. “That’s a huge, huge jump. So you’ve suddenly tripled the debt ceiling someone can have for utilizing SBRA. That’s a big deal. Five different bankruptcy courts in specific cases have allowed for a conversion to a Subchapter V bankruptcy filing.”