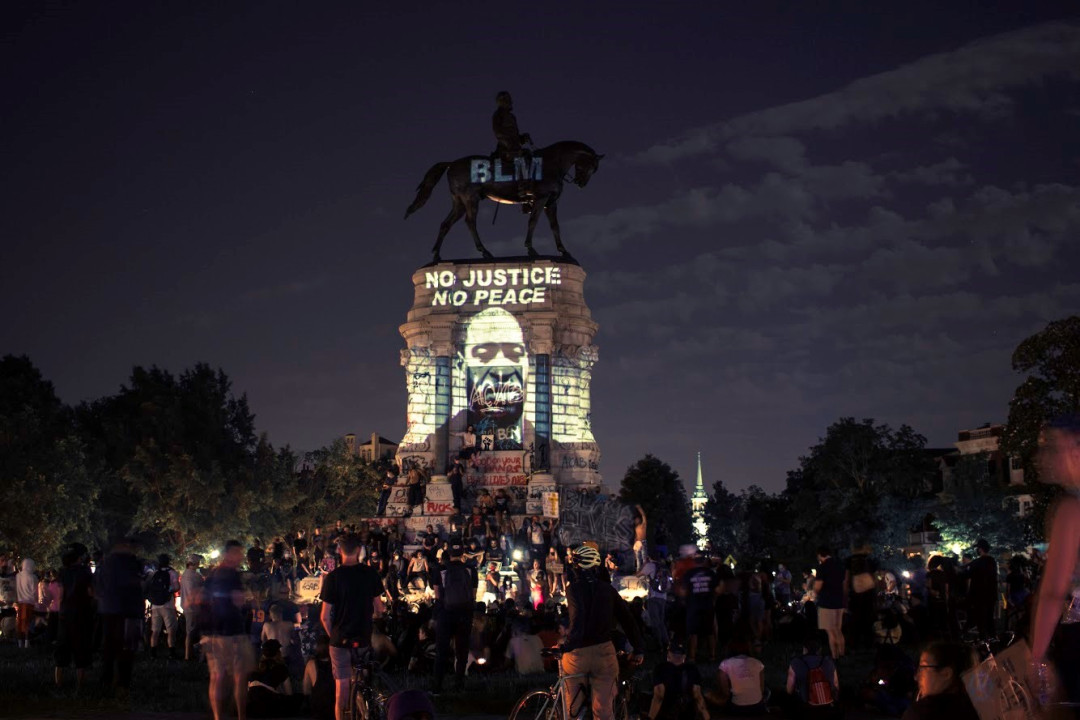 Northam announced on June 4 that the monument would come down, after days of heated protests rocked the city. Richmond was the capital of the Confederacy during the Civil War, and is often at the epicenter of heated national debates about the war’s losing side.

“That statue has been there for a long time. It was wrong then, and it’s wrong now. So we’re taking it down,” Northam said during a press conference.

Judge Bradley B. Cavedo issued the 10-day injunction after a lawsuit argued that the state government committed to protecting the Lee statue when it took control of the land where it sits.

An attorney for plaintiff William Gregory told the court that Virginia agreed to “faithfully guard it and affectionately protect it.” Gregory’s grandparents were involved with the deal that annexed the land from an adjacent county.

When Richmonders protested the Minneapolis death of George Floyd on May 30, a peaceful demonstration erupted in violence. A group of about 500 activists marched to Capitol Square, breaking down a makeshift barricade and hurling bottles at police. The police responded swiftly with tear gas, flashbang grenades and non-lethal rounds.

The crowd dispersed quickly through the city, setting fire to the Daughters of the Confederacy Headquarters and spraying graffiti on Confederate monuments. Others set fire to dumpsters, broke store windows and looted a liquor store and a CVS pharmacy.

“The monuments we put in the middle of our cities should be of people we aspire to be,” said Rachel Pais, a protester near the Lee monument. Tammy Breaker said that the monuments “are an idolization of an era where the captivity of our people was worth shedding life and limb for.”

Police were widely criticized a day later for deploying tear gas on a crowd of nonviolent protesters at the Lee monument. Officers had already been filmed shooting pepper spray at close range and without warning.

Mikhail Smith, a Richmonder who was sprayed while standing on his own balcony, said he has witnessed Richmond Police shooting three female protesters with pepper spray.

“They sprayed them in the face unnecessarily multiple times,” Smith said. “This was Saturday night. There was no curfew in place. They were not breaking any laws.”

Smith and his girlfriend were hit by the pepper spray, and the footage has been widely shared.

Richmond Police issued a swift apology for the tear gas incident, posting a message to Twitter. “To our peaceful protesters: We are sorry we had to deploy gas near the Lee Monument. Some RPD officers in that area were cut off by violent protesters. The gas was necessary to get them to safety,” they wrote.

Footage of the incident showed officers weren’t reacting to a physical threat.

Less than two hours after the police department’s explanation, the department issued another tweet: “Chief [Will] Smith just reviewed video of gas being deployed by RPD officers near the Lee Monument and apologizes for this unwarranted action. These officers have been pulled from the field. They will be disciplined because their actions were outside dep[artmen]t protocols and directions given.“

Richmond Mayor Levar Stoney apologized in person the following day, standing at City Hall amid signs that read “An apology without change is manipulation.”

Asked where he was during the tear gas incident, he said: “I’ve been a black man for 39 years of my life!”
Stoney marched with demonstrators from the State Capitol to the Lee monument, but left to a chorus of boos before curfew.

Gov. Northam announced less than 48 hours later that the statue would come down.

“As a college professor I weep with pride and joy for the young people of Richmond. And as a mother I’m glad that my son gets to witness this moment and live in a world without these towering monsters.”