Divisions between Europe and US resurface as NATO starts weighing future

Cyber threats and Chinese influence were on the agenda Monday. 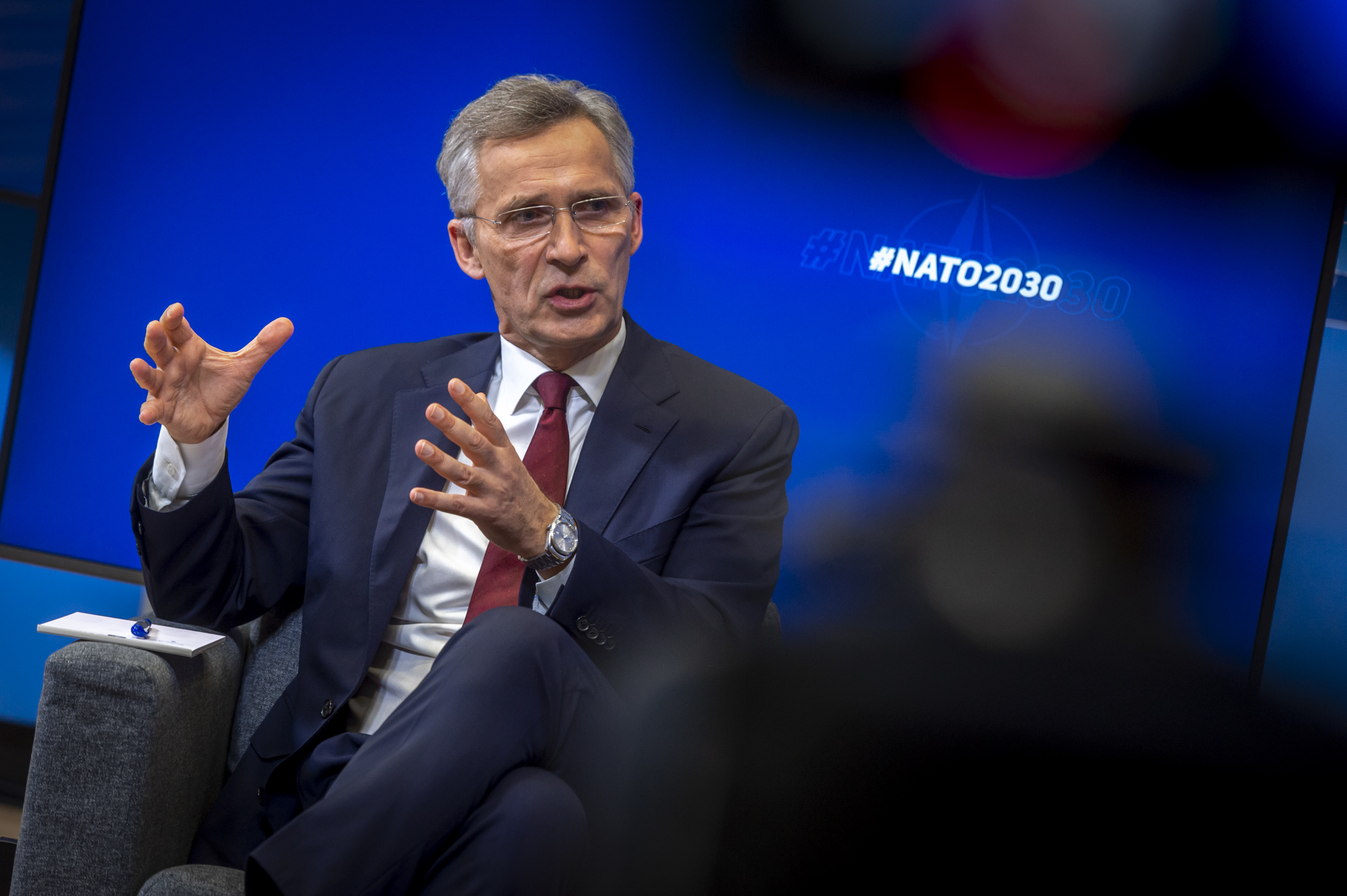 NATO Secretary General Jens Stoltenberg launched his outline for NATO 2030 in an online conversation with the Atlantic Council and the German Marshall Fund of the United States on June 8, 2020. (Courtesy of NATO)

While NATO engages in a “reflection” process to refine its agenda for the next decade, new tensions between U.S. President Donald Trump and European allies threaten to deepen rifts forming on both sides of the Atlantic.

European NATO allies have gotten used to Trump’s unpredictability in past months as he questioned the value of the military alliance and condemned NATO members that spend the least on defense.

Reports Friday that the Trump administration will reduce the number of U.S. soldiers stationed in Germany by 9,500 to 25,000 drew criticism from Berlin and took NATO allies by surprise.

According to a recent Pentagon deployment report, there are 34,674 U.S. military personnel stationed in Germany, including 20,774 from the Army and 12,980 from the Air Force. The U.S. Army’s base in Stuttgart, Germany had been a key hub for missions in Afghanistan and Iraq during the past decade.

Since Russia’s annexation of Crimea from Ukraine in 2014, Washington has sent troops to the Baltic states, Poland and the Black Sea, held more exercises and helped modernize NATO’s response force. U.S. Ambassador to Poland Georgette Mosbacher has suggested soldiers stationed in Germany could be sent to Poland, and former Director of National Intelligence Richard Grenell, the former ambassador to Germany, has said the U.S. should remove troops from Germany as one way of pushing NATO countries to increase defense spending.

Additionally, the U.S. troop withdrawal from Northern Syria and the targeted killing of Iranian General Qassem Soleimani in early January, which forced NATO to suspend its training mission in Iraq earlier this year, have left Europeans wondering about the U.S. commitment to European security and NATO in particular.

“Neither Europe alone nor America alone can resist these threats. It’s about making our strengths even stronger,” NATO Secretary-General Jens Stoltenberg said during the first presentation of the reflection panel’s “NATO 2030” project on Monday.

Despite an acrimonious meeting, leaders decided to create an expert panel to determine how NATO can play a stronger political role and avoid future public displays of dissent, with the outcomes to be presented next year.

Stoltenberg’s presentation Monday in an online session was a first indication the alliance will look beyond the traditional focus of European security and “go global” in its thinking.

“As we look towards 2030, we need to work even more closely with like-minded countries like Australia, Japan, New Zealand and South Korea, to defend the global rules and institutions that have given us security for many decades,” Stoltenberg said.

A first indication of a shift in the military alliance’s strategic thinking could be seen after the London meeting: NATO leaders agreed to focus more on the challenge of China’s “growing international influence” and military might, after months of disputes between Washington and European allies on how to respond to Beijing’s increasing influence and investment in critical 5G infrastructure.

Asked Monday whether NATO would consider China an adversary, Stoltenberg said the alliance “does not see China as the new enemy” but must be ready to face up to the country’s growing might, both in military development and disinformation.

“They’re coming closer to us in cyberspace, we see them in the Arctic, in Africa, we see them investing in our critical infrastructure. And they’re working more and more together with Russia—all of this has a security consequence for NATO allies,” Stoltenberg said.

“We also must avoid importing vulnerability,” he said, pointing to cyber and disinformation threats.

Stoltenberg also called on NATO members to make the alliance “even stronger by making sure we are as effective politically as we are militarily.”

A first step will be the aim to clear the table over nuclear arms control disagreements during the NATO defense ministers meeting in Brussels next week, after Washington announced it would withdraw from the Open Skies Treaty, allowing unarmed surveillance flights over signatory states, the Trump administration’s latest move to pull the country out of yet another major global landmark accord.

It could prove especially challenging, as U.S. Special Envoy for Arms Control Marshall Billingslea announced Monday the U.S. and Russia have agreed on a time and place for nuclear arms negotiations in June and invited China.