Ecuador bets on a return to normal

Many major cities intend to tentatively open in early June. 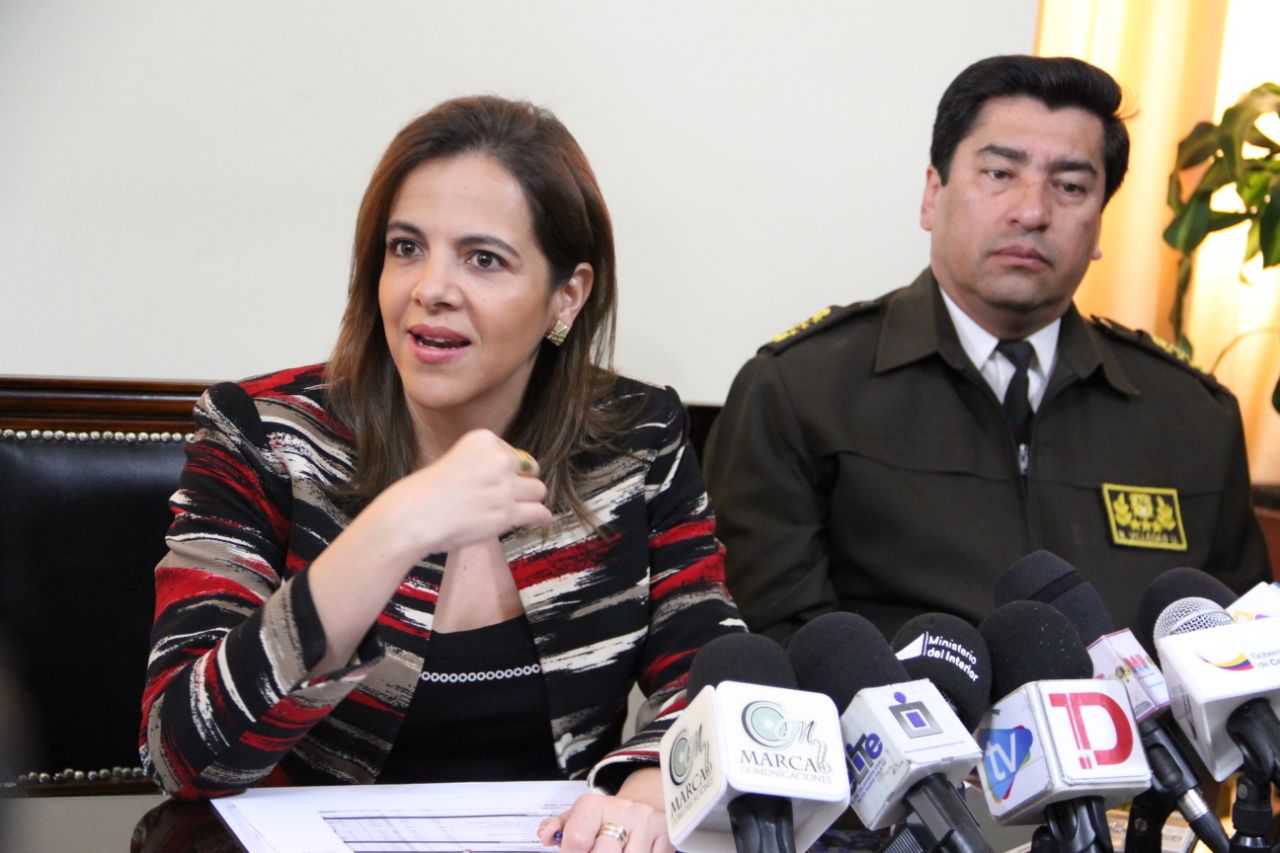 Ecuadorian Minister of the Interior María Paula Romo speaks to press in the Province of Cotopaxi, Ecuador on October 11, 2018. (Public Domain)

Ecuador, one of the hardest-hit countries in the region, is starting to reopen after a 40-day country-wide lockdown and transition to social distancing.

There are more than 38,000 cases and 5,000 confirmed COVID-19 deaths, according to the latest official figures.

Interior Minister María Paula Romo said prior to the decision to transition in May to social distancing that the government planned to reactivate the economy through sectors like construction. The country’s key exports—bananas, roses and shrimp, as well as oil, Ecuador’s main source of revenue—had experienced a sharp decrease in demand, propelling Ecuador, which Romo described as “a country with no savings,” into an economic crisis.

The report came at a time of high distrust and despair for many Ecuadorians, and many still fear the economic backlash of the pandemic in Ecuador, which was already experiencing an economic crisis due to political divides and the underfunding of an already fragile healthcare system.

As such, Ecuadorian health authorities had “little time to respond” to the first-reported COVID-19 case, said to Magdalena Alcocer, national community health coordinator of the Ecuadorian Red Cross. Patient Zero, an elderly Ecuadorian woman, arrived in Guayaquil, the eventual epicenter of Ecuador’s COVID-19 outbreak, from Madrid. The city was unprepared, and cases overwhelmed hospitals and morgues.

“Now, there is a better response than the one the authorities first gave in Guayaquil,” said Alcocer. Since the initial outbreak, Ecuadorian health authorities implemented protocols, training and biosafety equipment that have been key to stabilizing the curve.

Following the initial hit, Guayaquil experienced an inundation of its health systems, as well as a series of bureaucratic hurdles and planning delays that escalated: Guayaquil, which saw 30 to 50 deaths a day before the outbreak, had more than 100 daily deaths at the height of the virus outbreak in a city of more than 2.5 million people.

Relatives of the deceased were desperately searching for burial sites and in, some cases, leaving bodies on the streets to decompose in 30 degrees Celsius (86 degrees Fahrenheit) weather. Initially, there was no response from the authorities.

Now, health specialists and members of the General Union of Workers, a trade union, hope to flatten the curve and mitigate Ecuador’s risk to the virus, while also easing restrictions.

Though the country experienced a high number of reported cases, Ecuador transitioned to social distancing, though health experts and Ecuadorians fear a scenario like Guayaquil happening again.

It is not the “time to let [your] guard down,” said Alcocer, urging the government to strengthen health services, guarantee tests and enforce public guidelines.

On April 28, the Committee for Emergency Operations published guidelines for a partial reopening of businesses, which highlighted measures businesses and commuters would be required to take. Each locality was to assess the number of reported cases and availability of tests before abiding by the “traffic light” system during the transition.

Many major cities intend to tentatively open in early June. Quito, Ecuador’s largest city, allowed some businesses to reopen May 20 as part of a partial reopening.

As long as protocols are tailored to the capacity of each municipality, Risk and Emergency Management specialist Dario Rivadeneira believes social distancing is a viable solution, though he doubts if the country is prepared for a potential second wave of cases.

More contact could pose a potential setback. “There are still ongoing issues with control of cases, as well as issues with reporting cases to the authorities,” he said. “These obstacles have not been resolved.”

These fears are shared among local authorities in the highland region. In April, local governance entities issued a letter addressed to the president that conveyed “the acute worry” of transitioning into social distancing, citing a lack of adequate evaluation of the country’s latest figures.

Andrea Almeida, who is quarantining in Quito, Ecuador’s capital, understands that social distancing is inevitable. Though amidst the transition, she fears what’s to come.

“Everyone will do what is best for them, not considering others,” she said. “I don’t want to be among the statistics the government shows daily.”