Texas laws make it an “open carry” state but guns aren’t allowed in establishments that make more than half their earnings from alcohol. Activists say they were standing outside a bar, well-armed, when they were arrested a month ago. 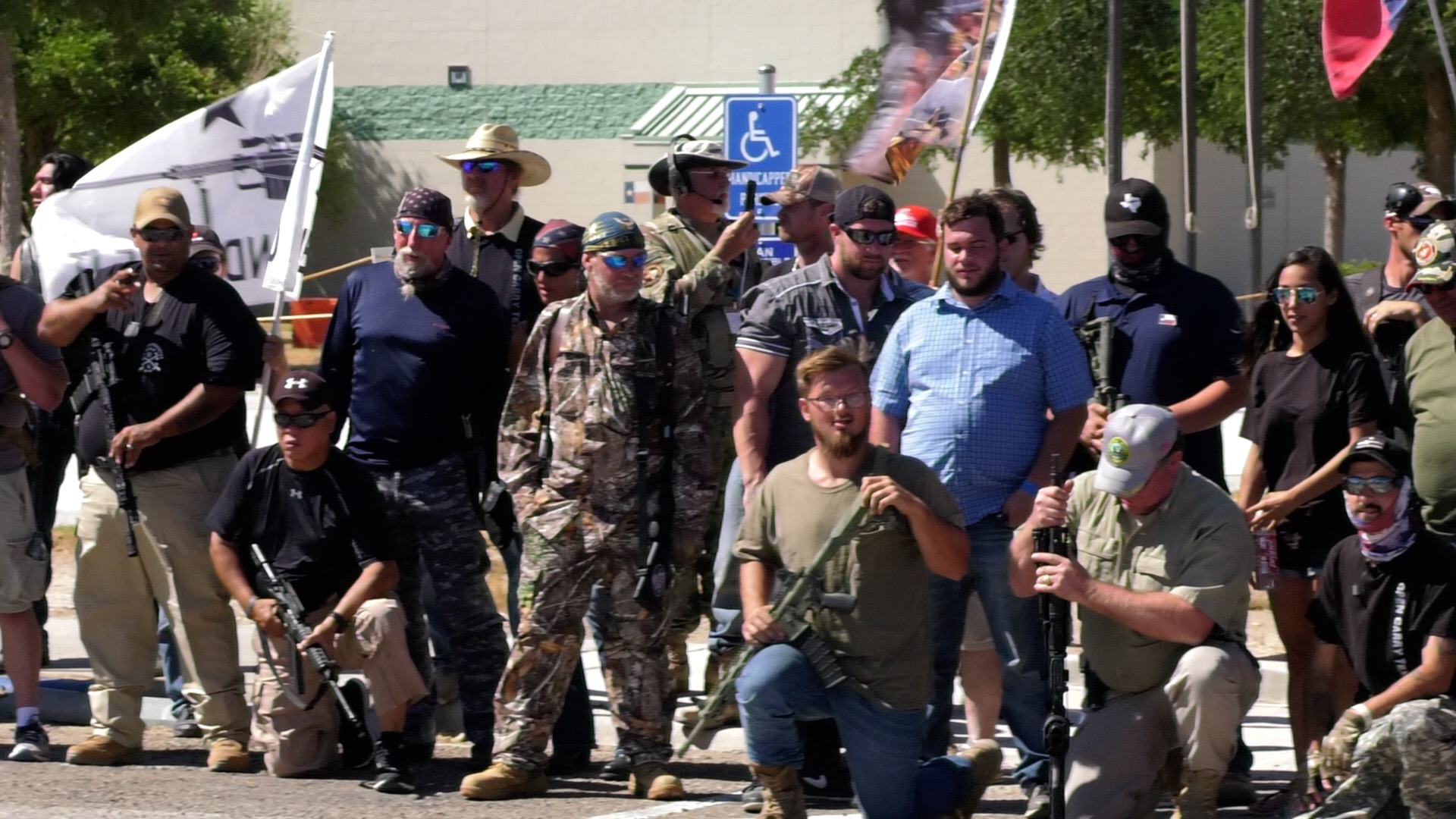 More than a hundred Texans held an armed rally on Saturday in support of a bar whose owner was arrested for defying a shutdown order a month ago.

The arrest of Big Daddy Zane’s owner Gabrielle Ellison and six of her supporters May 6 in Odessa, Texas came after similar encouragement from an armed group.

Statewide lockdown measures intended to prevent the spread of COVID-19 applied to Ellison’s watering hole. She refused and was arrested for “violation of emergency management plan.” The others were charged with carrying firearms in a prohibited location.

Texas law forbids carrying firearms in places of business that make 51% or more of their revenue from alcohol sales. The activists say they were standing outside.

“Defying the governor’s orders is one thing, but when you bring a bunch of armed vigilantes in from other parts of the state for a show of force, I just got a problem with that,” Ector County Sheriff Mike Griffis said at the time.

“Every bit of what the cops did was illegal and unconstitutional,” said David Amad, Vice president of Open Carry Texas. “And I am tired of that, we are tired of that. It is very simple. Enforce the law. Do not enforce your personal likes and dislikes.”

Police used cruisers to block off roads in the area around Big Daddy Zane’s.  Odessa’s SWAT Mine-Resistant Ambush Protected vehicle, designed for war zones, also idled nearby. Police did not intervene, despite activists carrying firearms outside the bar.

While no new charges came out of Saturday’s rally, the activists arrested in early May still face prison time.

“I hope that the sheriff will do the right thing and let the boys off the charges because they did not do anything wrong,” Ellison told Zenger News at the rally, “and maybe even give them their money back.”

“They were there protesting their rights. That’s what America is about,” said Odessa resident Tyler Riggle.

One rifle-toting protester, Martin Holsome, said he plans to “put my name in the hat for governor” in 2022.

“With one hand on the Bible, and the other hand on my gun, so help me God, we will restore constitutional legislation to the state of Texas,” he said