President Trump's eldest son hinted in February at removing legal protections from social media giants that discriminate against their users on the basis of politics. The White House turned that into a policy goal in May.
By David Martosko June 4, 2020
Facebook
Twitter
Linkedin
Email 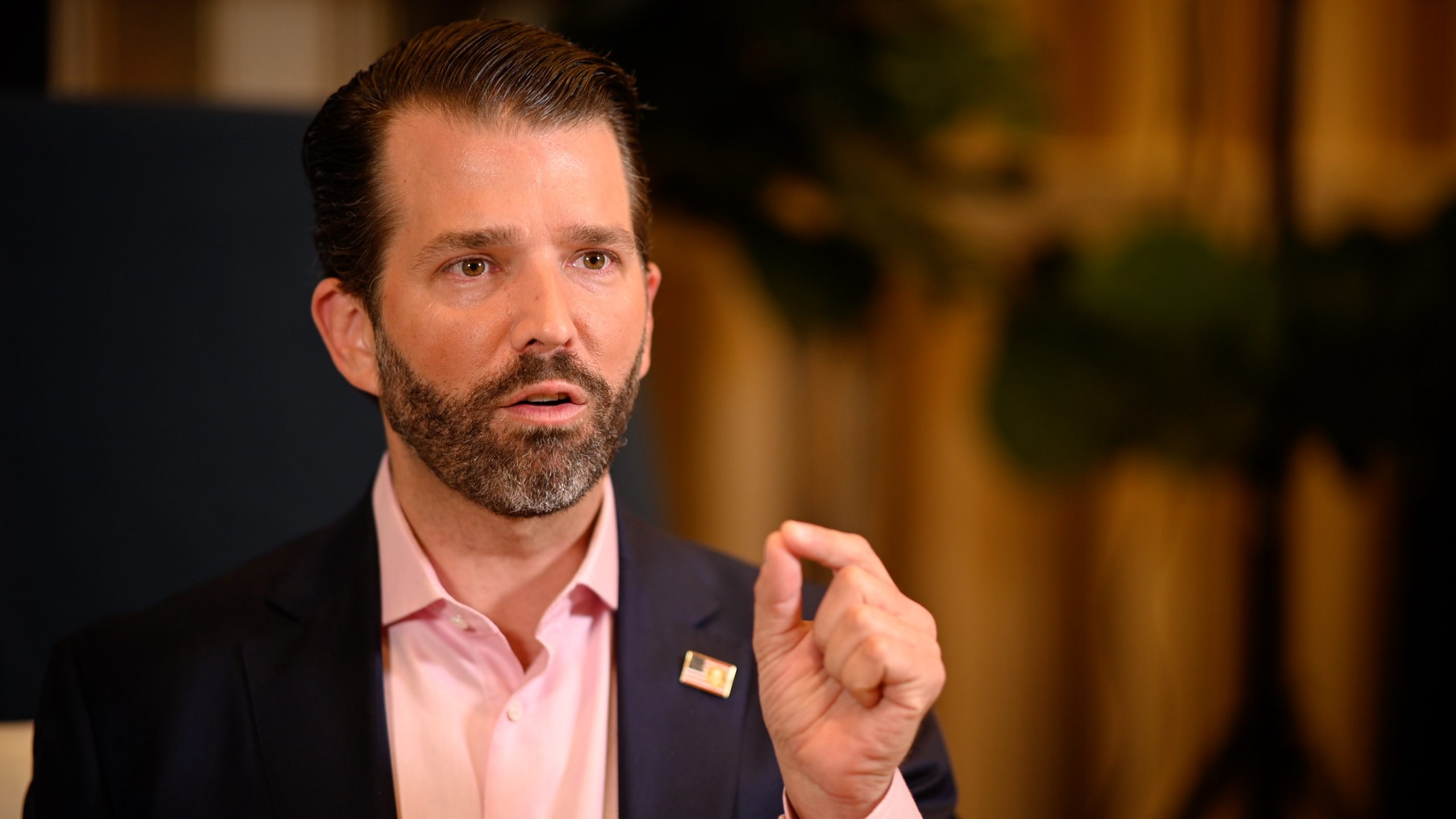 Donald Trump Jr. sits down for an exclusive interview with Zenger News on February 28, 2020. (C.S. Muncy/Zenger)

Months before President Donald Trump signed his May 28 executive order targeting social media platforms, the White House and members of the Trump family were debating how to battle the tech giants.

In an interview with Zenger News on February 28, the president’s eldest son, Donald Trump Jr., raised some of the arguments used against Google and Twitter—months before the president’s announcement and executive order.

Due to technical difficulties the video was not released until now.

Twitter, Google and others should lose federal protections, Trump Jr. said then, if they discriminate against conservatives by censoring, flagging, demonetizing or de-emphasizing their posts, videos or emails.

Google spokesperson Riva Sciuto, reached Monday, did not directly deny the Trump allegation, issuing a general statement about how it treats large-scale email senders. Sciuto put the burden on the Trump campaign to make sure the president’s potential donors and other supporters see its emails.

“Irrespective of party affiliation, when large-volume email senders follow our sender guidelines they can better ensure that their emails are received by the intended recipients,” Sciuto said. “Senders can monitor the health of their email sending practices via Postmaster Tools.”

The Trump 2020 campaign hasn’t released any evidence to support the claim that Google is branding its emails to supporters as spam. The campaign did not respond to a request for comment.

“Be careful with this message. It contains content that’s typically used to steal personal information,” the warning box said, linking to a page that said: “This message could be a scam.”

Trump Jr. spoke exclusively to Zenger on video at the Conservative Political Action Conference in National Harbor, Maryland. He hinted at changes to the Communications Decency Act, the law that shields social media platforms from responsibility when their users publish material that could invite lawsuits or criminal prosecutions.

The law’s carve-outs for companies like Twitter, Facebook and Google have the practical effect of giving them safe harbor when their users make statements that would invite legal action if they appeared in a newspaper or a broadcast.

President Trump took precisely that approach with his executive order at the end of last month. While Congress alone can change the law, Attorney General William Barr said at the White House that the Justice Department will seek to sue social media giants in federal court.

His son told Zenger in February that social media platforms should be required to remain politically neutral. Some conservative activists have complained of being “de-platformed” or “shadow banned”—shorthand for overt and covert ways of limiting their ability to communicate freely.

“It’s not free-market when these tech companies have many protections from liability from the U.S. government,” Trump Jr. said. “Once they accept those protections and they cede that liability, which could be plenty, and they’re getting that benefit from the United States government, they lose the ability to say, ‘We can do whatever we want.'”

“You can’t then decide, ‘Well, I only want to protect this class of people,'” he said. “If you tried doing that in any other business you’d be destroyed.”

Trump Jr. said a ban on online political discrimination would be “very comparable” to prohibiting a university from conducting a race-based admissions process if it has access to funds from Pell Grants and other financial aid programs.

“We will strongly regulate, or close them down, before we can ever allow this to happen,” he said.

Twitter’s decision to fact-check the president’s tweets—and to append a warning label to one—escalated the Trumps’ feud with Silicon Valley.