US wrestles with economic response to coronavirus pandemic

With more than 20.5 million US jobs lost because of shutdowns as of mid-May, experts are divided on what should happen next. 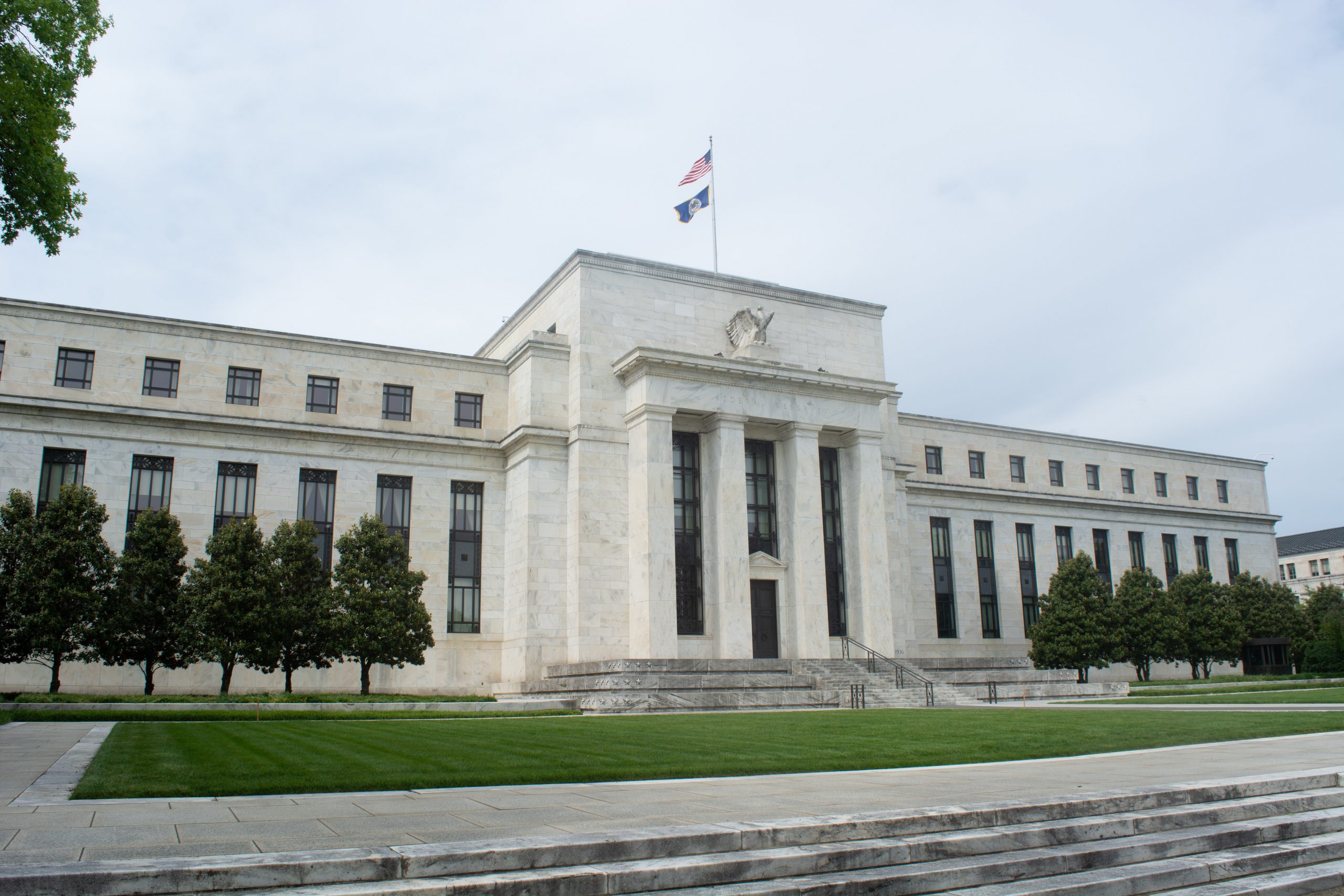 The Federal Reserve in Washington D.C. is pictured on May 29, 2020. (Ford Fischer/Zenger)

A piece of legislation aimed at economic relief from the coronavirus pandemic is in front of the Senate, but experts are divided on how the virus—and federal relief efforts in its wake—will affect the economy.

The Democratic-led U.S. House of Representatives narrowly passed a $3 trillion stimulus bill, known as the Heroes Act, last month that would provide an additional $1,200 direct payment per family member and $600 per household, close to $1 trillion to state, local, territorial and tribal governments, $75 billion to COVID-19 testing and other measures, and $10 billion to strengthen the Payroll Protection Program, among other provisions.

The new effort would supplant the $2.3 trillion Coronavirus Aid, Relief, and Economic Security Act, passed by Congress and signed into law by President Donald Trump on March 27, as the most expensive economic stimulus in American history. The measure provided economic relief to workers, families and small business, and aimed to preserve jobs for American industries. It also provided some assistance for state, local and tribal governments.

The Heroes Act has gone to the Senate, where it has not been embraced by Republicans.

By mid-March of this year, all 50 U.S. states had reported cases of the new coronavirus named COVID-19, and some quarantine and lockdown measures began immediately.

After months of non-essential business closures, as well as the shutting down of schools, universities, medical facilities and public transportation, the unemployment rate in the United States soared to 14.7% as of April, the worst since the Great Depression. In April 2019, the U.S. unemployment rate was 3.6%.

With 20.5 million jobs lost in the shutdown as of mid-May, and as many small businesses have been forced to close permanently due to lack of revenue, the federal government has continued to monitor and modify its economic response to the pandemic.

The Cares Act included provisions for aid to households, with payments up to $1,200 per adult, based on income; a Paycheck Protection Program offering forgivable loans for small businesses to help cover payroll costs for up to eight weeks; payroll tax deferrals and tax credits; and loans and guarantees for passenger airlines, cargo airlines and businesses critical to national security; and aid to hospitals and health systems. The stimulus package includes a total of $349 billion for loans to small business.

“Taken as a whole, the CARES Act won’t replace the estimated $920 billion of lost U.S. output this year, but it could help close that gap by mid-2021 and ensure a faster recovery,” Michael Zezas, Head of U.S. Public Policy Research and Municipal Strategy at Morgan Stanley, wrote in a review on the company’s website.

Allocating $349 billion for immediate loans to small businesses is costly, said Tyler Richards, research coordinator at the nonprofit Mercatus Center at George Mason University in northern Virginia. He said regulatory exemptions are going to make a difference for small businesses, which account for more than half of all new jobs in the U.S.

“The more than $2.5 trillion in the CARES Act will not create new wealth or serve as a net ‘stimulus’ to the economy. Neither would a more general phase-four package of federal spending,” states a report on Heritage.org authored by Boccia and eight others. “Evidence from the 2008 recovery bills shows that in the best case, federal rescue programs had no effect on—and may actually have crowded out—private activity.”

The Federal Reserve also moved to cut interest rates back to back to the 2008 financial crisis range of 0% to 0.25%.

“The Committee expects to maintain this target range until it is confident that the economy has weathered recent events and is on track to achieve its maximum employment and price stability goals,” the Federal Reserve said in an April 29 press release.

“The Fed and IMF are fulfilling their respective missions by providing liquidity during this sudden crisis. That’s exactly what they should be doing in order to prevent a capital market collapse,” Romina Boccia, director of the Grover M. Hermann Center for the Federal Budget at the Heritage Foundation, said in an email to Zenger News. “However, measures to have the Fed provide direct loans to individuals and businesses are woefully misguided. The Fed should lend to banks and banks should lend to individuals and businesses. The Fed should not be in the retail banking businesses.”

Ian Vasquez, director of the Cato Institute’s Center for Global Liberty and Prosperity, said, “I am skeptical about creating whole new authority at the Federal Reserve by allowing it to lend credit to the private sector, in addition to essentially financing the federal government virtually at any level it wants to. And that is especially concerning given the fact that the $2 trillion stimulus package, which does not focus where it could help the most, for example, people who have small or medium businesses. … If you indeed want to preserve those jobs, then those are the people who should be getting the help. Part of the stimulus package is for that, but it is not even the major part of it.”

Vasquez made his comments before the Trump administration announced its plan for reopening America. The guidelines on the three phases of Opening Up America Again leave decisions up to governors after the downward trajectory of influenza/COVID-like illnesses reported within a 14-day period. All 50 states are in the process of reopening, at least in part, since then.

Mobility companies and drive-to and leisure markets in the lodging space are marking the first signs of recovery, according to a Goldman Sachs research report,“Measuring the Reopening of America,” issued on May 13.  Digital payment companies have benefited from app downloads, and e-commerce has also fared well.

Meanwhile, the International Monetary Fund’s “World Economic Outlook” report issued on April 20 projects a decline in real GDP of 5.9% in the United States this year as a result of the pandemic.